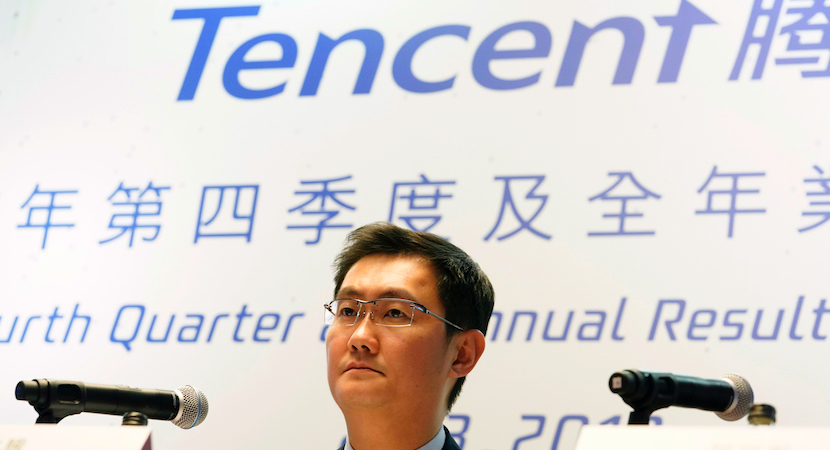 By Shuli Ren and Nisha Gopalan

(Bloomberg Gadfly) — Great stocks are like thoroughbreds. Keep the best horse hidden for too long, and people discount the value of your stable. Something similar seems to have happened with South African media company Naspers Ltd. and its star asset, Tencent Holdings Ltd. And it helps explain why Naspers decided to shed some of its stake in the Chinese social media giant.

Naspers on Thursday said it would sell as much as 190 million Tencent shares, equal to 2 percent of Tencent’s total issued share capital, cutting its holdings to 31.2 percent. It’s promised not to sell more shares in the next three years.

The sale was Naspers’s first disposal since it had the smarts to invest in Tencent as far back as 2001, when the Chinese firm was an obscure internet company. Since then, Tencent — operator of the popular WeChat messaging service — has soared in value. As of Thursday’s close, Naspers’s 33 percent stake in Tencent alone was worth over $175 billion, eclipsing Naspers’s own entire market cap of $121 billion. In other words, investors essentially value Naspers’s Tencent stake at a discount and its other holdings at less than zero. By selling its stake. Naspers is telling the market that it doesn’t deserve this steep conglomerate discount.

Shares of Naspers tumbled as much as 9.5 percent after news of the sale, the most since 2008, perhaps because of the company’s promise that more disposals won’t be in the offing soon. As Gadfly has argued in the past, it will be difficult for Naspers to close its valuation gap, in part because of its size relative to its home market in South Africa. But at least it is now trying.

The news was also painful for Tencent, already reeling from a 5 percent drop in its stock Thursday after disappointing earnings and the specter of shrinking margins. But the sale doesn’t necessarily mean Naspers is losing faith. After all, Tencent founder Pony Ma sold stakes in the company several times in 2015, just before the company’s shares took off in 2016.

Tencent may be losing some steam, but it still has plenty of fight left. By selling a tiny piece of its stake, Naspers is hardly switching horses.

–With assistance from Gadfly’s Andy Mukherjee and Tara Lachapelle.