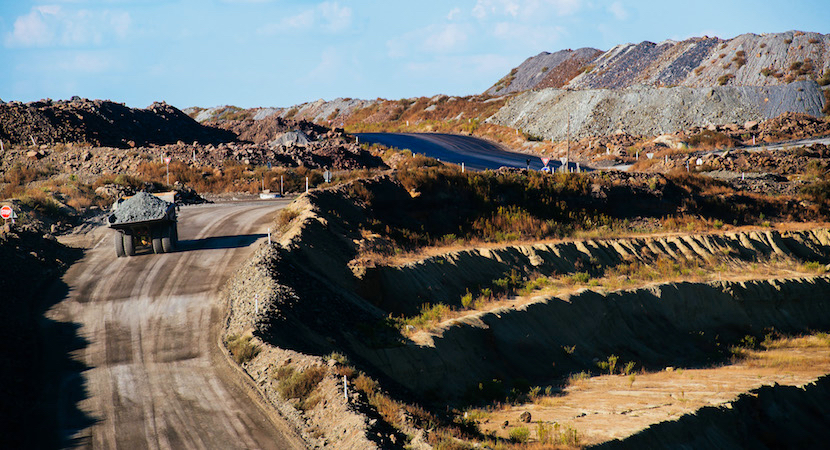 JOHANNESBURG — South Africa’s mining industry is complicated enough with various disputes flying around over the latest charter. Complicating matters further is the topping up principle which looks like it presents a minefield of problems. As Dr Anthea Jeffrey says, it’s time for South Africa to start mulling over a BEE points system in mining rather than relying on a problematic ownership model. – Gareth van Zyl

“Nobody likes the perpetual ‘topping-up principle’ in mining”, says Peter Major, director: mining at Cadiz Corporate Solutions. “The Russians don’t like it, the Chinese don’t like it, the Americans and British certainly don’t like it.” Last week a majority ruling of the Pretoria high court found it generally unlawful, while the single judge who endorsed its legality simultaneously questioned its economic wisdom. How now will the Department of Mineral Resources (DMR) respond?

Two of the three judges who handed down the full-bench ruling last week found that mining companies need not top up ownership by “historically disadvantaged South Africans” or “HDSAs” (to the 26% level currently required) if HDSA investors sell out. This top-up obligation applies only if a mining right is expressly made subject to it at the time of its granting.

The majority judgment also cast doubt on the validity of the revised mining charter gazetted in 2010, as this was seemingly ultra vires (beyond the powers) of the mining minister under the Mineral and Petroleum Resources Development Act (MPRDA) of 2002. It further ruled that a failure to comply with the mining charter – either as originally adopted in 2004, or as revised in 2010 – does not generally constitute an offence under the MPRDA.

In addition, the majority found that the 2010 charter “did not retrospectively deprive” a mining rights holder of the benefit of “the continuing consequences” of the ownership deals it had earlier concluded, irrespective of whether these deals had been done before or after the MPRDA came into force in 2004.

The majority ruling is a significant victory for the Chamber of Mines (the applicant in the high court case) and a major setback for the DMR. The 2004 charter had indicated that “the continuing consequences” of “all previous deals” should be included in calculating HDSA ownership, even if black investors had since sold out. The 2010 charter tried to limit this by saying that the continuing consequences principle applied solely to ownership deals concluded before 2004, when the MPRDA took effect.

The practical significance was enormous. If all empowerment deals were to be taken into account, as the original charter envisaged, then the DMR conceded that average HDSA ownership stood at 32.5% in 2014, which was well above the 26% target. By contrast, if the limitations in the 2010 charter applied, then only 20% of mining companies had managed to meet the 26% target.

This also had major implications for the third mining charter, as gazetted by mining minister Mosebenzi Zwane in June 2017. If only 20% of mining companies had met the 26% target, then all the remaining companies would have to top up by more than four percentage points to meet a revised target of 30% black ownership under the new charter.

A company such as AngloGold Ashanti, where HDSA ownership had fallen from 27% to 6% as HDSA investors exited, would have to top up by 24 percentage points. Such an obligation would be extraordinarily onerous and costly.

If the DMR accepts the high court’s majority ruling, this will make it easier for the mining industry to accept a 30% ownership target in the current negotiations on the 2017 charter. But whether the DMR will accept the judgment remains to be seen.

This ruling is likely to encourage the DMR to appeal. Yet the minority judgment also stressed that the revised 2010 charter does not have retrospective application and can “only validly apply to mining rights issued after its promulgation”.

The minority ruling is also graphic in describing the adverse consequences of an endless top-up obligation. Says Judge Thina Siwendu:

“The mining industry is subject to global competition and global commodity prices. Where…a HDSA owner exits early, there may be a concomitant call on the capital of the mine right holder to maintain the 26% HDSA ownership obligation. This will affect capital allocation required by the mine right holder from time to time. There is a potential for dilution of pre-existing shareholders, a potential effect on dividend flow, and a potential reduction in the net present value of the mine right holder which might detract [from] future investments in the sector. Prohibitive ongoing transaction costs are likely each time the mine right holder must ‘top up’ the reduction in HDSA ownership… Equally, when the HDSA is ‘locked in’, there is a negative effect as the HDSA will be precluded from selling the shares when it could have been particularly beneficial to sell. In any event, where restricted trading in the shares is permitted, the shares are likely to trade at a discount.”

The minority ruling is thus well aware of the “economic and financial consequences” of the top-up principle for “the mine right holder, the HDSA and the whole industry”. However, as Judge Siwendu further notes, it is not for the courts to “sit in judgment on legislative policies or economic issues”.

Different considerations apply to the DMR, which has an overarching obligation to all South Africans to acknowledge the negative ramifications of its policies. Instead of using the minority ruling to justify an appeal, the DMR should recognise that the topping-up principle is not only generally disliked but is also (as Mr Major puts it) “immoral, unfair, uneconomic, and financially disastrous”.

Both the minority and majority judgments give the DMR good reason to jettison the destructive topping-up requirement. The DMR should then focus on crafting a revised charter that gives mining companies empowerment points for their vital contributions to investment, employment, procurement, export earnings, tax revenues, and R&D.

As the Chamber found in a recent survey of its members, creating a more attractive regulatory environment for mining in South Africa could help unlock more than R120bn in fresh investment over the next few years. In practice, this would do far more for constructive transformation than a continued insistence on ever more ownership deals for the benefit of a narrow political elite.