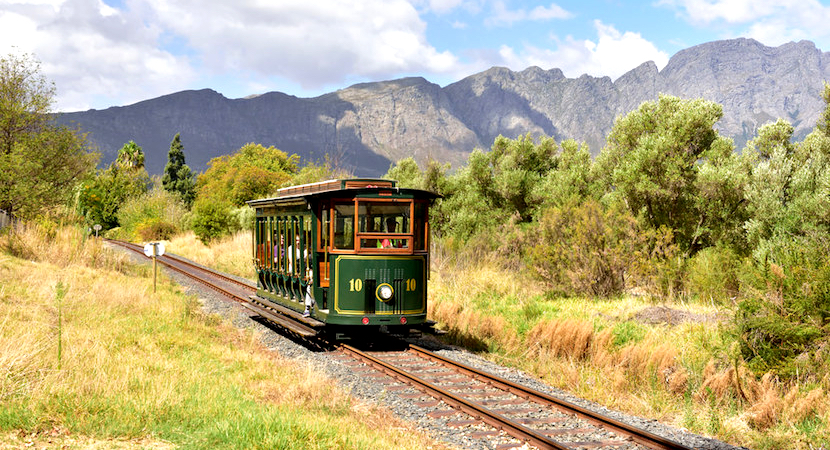 CAPE TOWN — We so often create the biggest barriers to our own growth; it’s true of our individual and our corporate selves. Finding out what’s in the way often unlocks undreamt of potential. Here Paul Bannister, CEO of the strategic marketing consultancy Ignite, expands on an idea from Biznews founder Alec Hogg earlier this week. That was to redirect some of the billions intended for the much-sought re-industrialisation of South Africa into boosting tourism by creating hundreds of owner-operated tour buses. Bannister looks at what’s in the way of offering the world the tourism pearl that is South Africa. Tourism is a highly flexible, simple and quick way of creating economic growth. With a few illustrative stats such as the greater numbers of Brits travelling to remote Australia versus South Africa, he identifies local roadblocks impeding travel on our vast tourism highway. Things like the unabridged birth-certificate requirements, short-stay visas that limit overseas “swallow” visitors, the value competitiveness of flights from the UK, poor public transport mobility, the lack of sufficient beach resorts and of course the hardy-annual; crime and personal security. Now that the tourism-repellent Zuptoids are on the way out and concerns like Listeriosis and Cape Town’s Day Zero water threat are gone, there’s much innovation available. Bannister has several suggestions. – Chris Bateman

As a country we need to urgently unlock the potential of tourism as tourism is really a potential ‘quick and sustainable win’ from an economic growth perspective :

It would appear as if President Ramaphosa understands this as he singled out tourism as a major strategic pillar of the economy and spoke of additional funding. He also returned Minister Hanekom to the national Tourism portfolio and judging by his comments at a recent WESGRO report back, the Minister understands both the potential and the challenges.

As an indication of what is possible let’s consider the UK as an out-bound market. It is SA’s number One international market and has been for years it is also a substantial market for Australia:

Australia outperforms South Africa by over 70% with arguably an inferior intrinsic product that is far more difficult and expensive to access from an air access perspective. This leads us to ask the Question – ‘WHY’

The President spoke about allocating more funding to tourism but the challenges we have to grow tourism in SA are not so much about marketing the destination’s amazing attributes but more about addressing the barriers, many of which are ‘self-imposed and/or ‘self -inflicted’. These ‘barriers’ make it extremely challenging for visitors, particularly first time visitors, to come to SA. There is a concern, which appears to be confirmed by the relatively poor growth (+6%) year on year for January 2018, that, despite the obvious potential that tourism has as an economic generator, the issues that South Africa faces are currently combining to comprise a ‘perfect storm’.

Bearing in mind that ‘perceptions are peoples’ reality’ these are some of the issues that need to be urgently addressed: (Please note that this list is illustrative, not exhaustive and the ideas are embryonic!):

HOW DO WE START TO REALISE OUR REAL TOURISM POTENTIAL