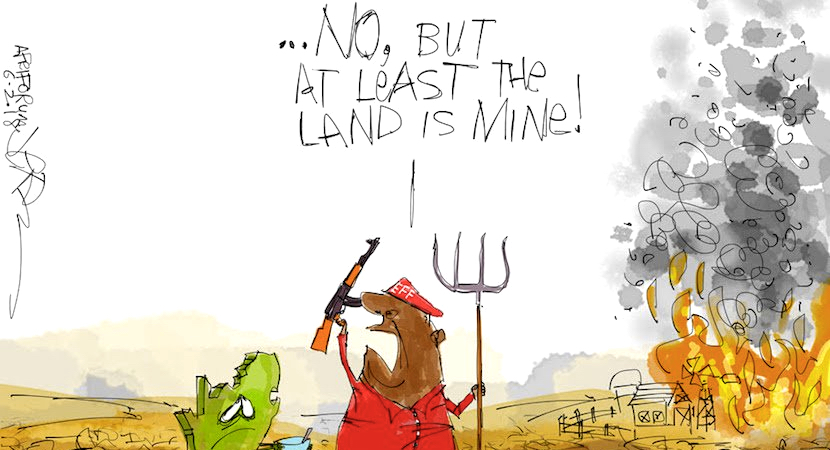 CAPE TOWN — Simply put the thesis of self-styled Transformational Entrepreneur, Patrick Kuwana, on land redistribution is that those who currently own it should give up some of it and support the beneficiaries to successfully farm it or use it as entrepreneurial capital. The alternative is a descent into Zimbabwe-style land grabs and chaos as the long-dispossessed majority lose patience with their government and force matters, creating a long-term economic headache for everyone. He calls the pro-active options ‘economic resource balancing’ and his argument is difficult to fault. Kuwana’s thrust is premised on maintaining food security and kick-starting the dormant economy by creating title deeds for new land owners via proper urban planning around unused buildings and available land. Not until we have greater equity can this country find peace and begin moving to greater prosperity for all who live in it. The only remaining question is whether current privileged landowners will pro-actively grasp the nettle or dig-in and prepare for a long-drawn out battle in which they will inevitably lose much more. – Chris Bateman

Reader warning: ‘this article will not be beneficial to you if it is read with racially charged emotional anger, fear or pain’!

The root constraint and hence most urgent issue that South Africa must overcome in order to establish a platform of sustainable economic growth is the racially skewed people to economic resource imbalance. The ideal condition for any nation’s economy to grow is one where as many of it’s citizens are involved in maximising the productive use of all available resources. This is not a black versus white issue but one that requires all people of all races, cultures and religions to work together to achieve this.

Why the issue of land is so critical?

Land is the foundational determinant of people group identity and the major link between people groups and their inheritance. Land is the ancient foundational and primary resource required for economic participation and that is why a people group (down to family level) should never be permanently disposed from this primary God given inheritance or denied the opportunity to fairly and equitability participate economically.

The permanent dispossession or systemised exclusion of any people group from the primary source of economic production destroys their ability of work, develop skills and create wealth and throws them into a cycle of economic decline that leads to systemic poverty. This is applicable to any people group in the world that has gone through a process of been denied fair and equitable economic participation.

Political independence was the first step towards freedom

Since the permanent dispossession of land and the denial of free economic participation of Indigenous African’s was inextricably tied into systems and structures that were maintained through political power – the removal of those structures was paramount in the African fight for freedom. The wave of liberation movements across the continent starting in Ghana in 1957 until South Africa in 1994 brought about political freedom from oppressive political and economic structures that were unrighteous and unjust. But this is only the first step in the journey towards reconciled and unified sustainable economic rebuilding. The next step is the process of restoring land/economic resources to those previously denied access and ownership – which can be termed ‘national economic resource balancing’. Economic resource balancing is the process that ensures that every citizen (family bloodline) is given access to equitable and fair economic participation through their rightful inheritance in the land of their birth.

History has shown that if this process of ‘economic resource balancing’ is not done intentionally, the people who have been unrighteously and forcibly disposed of or denied access to their primary economic resource and source of economic participation will eventually arise, fight for it and take it back in an unmanaged often chaotic fashion which will result in a greater chaos and rapid economic decline.

South Africa is now at the threshold where if a managed ‘economic resource balancing solution’ is not found, the unmanaged chaotic process will escalate.

Zimbabwe reached political independence in 1980 and continued in an unsustainable structure where in 1985, 4,500 farmers in one people segment owned 50% of the country’s productive land, while the 4.5 million indigenous peasants lived in communally owned rural areas known as “tribal lands,” (i.e. least fertile, where another people group segment was forced to live during the colonial era). This situation led to Zimbabwe reaching its unsustainable threshold in 2000 (20 years after independence) and this started the unmanaged chaotic process of economic resource balancing led by a government that was feeling threatened and losing power amongst the majority of the disenfranchised population.

What went wrong in Zimbabwe is that the government did not proactively start a process of intentional ‘national economic resource balancing’ early enough after reaching the political freedom milestone. This is the same dilemma SA is now facing.

Every South African needs to realise that the current skew of land ownership and access to economic resources is unsustainable and have the opportunity right now to come up with a managed plan to correct this (least the threshold point of no return is breached and the unmanaged chaotic plan automatically kicks in and takes over).

The bold strategy should not be driven by emotional pain, fear and anger but by the calm necessity to find a win-win solution that will allow every South African to have access to economic resources and contribute towards the growing and multiplication of those resources.

Some ideas on going forward

Where does the land come from and how is it acquired?

For any land based ‘National Economic Resource Balancing’ to successfully take place, it must start with a true assessment of the current usage of the land followed by allowing the opportunity of those with ownership of ‘excess land’ to volunteer their land for production-based partnership to ownership transfer programs. The following mechanisms would help –

The 6 points above speak to a sustainable solution through – 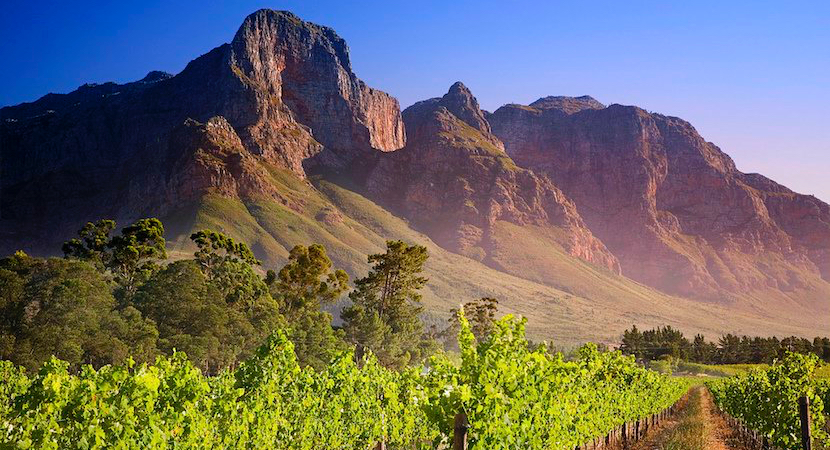 Only when these 2 points are exhausted should more drastic measures of affecting the ‘economic balancing’ process be implemented such as buying land off current owners at a predetermined discounted ‘land redistribution valuation’ rate per hectare and for land improvements. This will ensure that current land owners will get some level of value for what they currently have, but the ‘discounted land redistribution valuation’ will be a reverse incentive for them to rather voluntarily enter into the ‘production-based partnership to ownership transfer programs’ which will give them more sustainable return over time.

A managed process of national economic resource balancing is the only way to sustainably resolve the unemployment and economic inequality dilemma and kick start real economic growth. It’s time for good hearted South Africans who have the future of their children’s children at heart to drive this and not allow the selfish interests of far right and far left groups to determine the future.