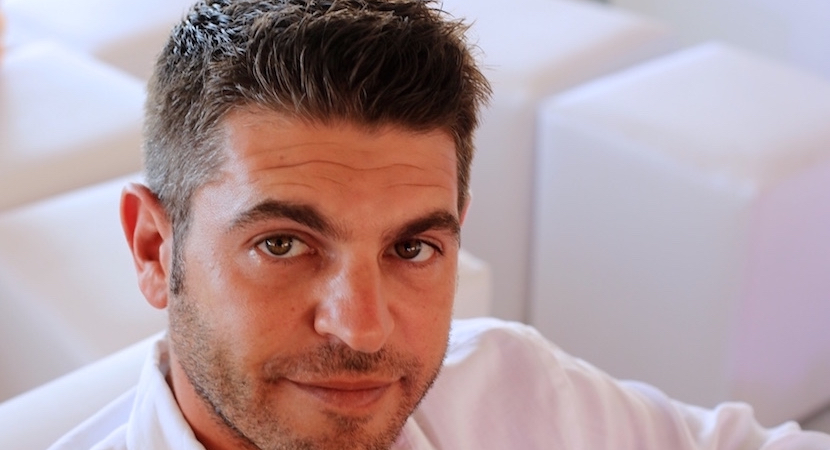 LONDON — Attorney Greg Edelstein of Johannesburg’s law firm EFG will be taking his fellow directors to Liliesleaf on 11 July – and has challenged five fellow CEOs to join him there. He’s hoping for the kind of response that TV series character Barney Stinson would instantly flash back: “Challenge Accepted.”  So how about it Uri, Rob, Eugene, Ilan and Herbert? – Alec Hogg

In this latest update of the CEO SleepOut™ we talk with Greg Edelstein, he’s from the legal firm of EFG. Greg, good to be connecting with you this morning. How are you involved in the CEO SleepOut™?

Well, Alec, if I can just give you a brief introduction. Ali Gregg, the founder and originator of the whole CEO SleepOut™ concept, came into my world about three-and-a-half months ago, and we did some legal work together. Through working together, she approached me with a view to becoming a trustee, and to be honest, I jumped at the opportunity because I’d heard about the trust. I knew about the CEO SleepOut™ events and the good that they had done, and it was exciting.

It’s got a very proud record of raising money for charity, but there’s also been a little bit of controversy. Did that not put you off?

I had heard about it and I had heard and seen a bit of the bad press in certain media, and I engaged Ali on it and she gave me certain explanations and the trust’s version of events. As you know, Alec, there are always three versions of events, both parties and then what’s happened somewhere in the middle. So, in my mind, after speaking to Ali, it sounded like she was close to somewhere in the middle, and based on all the good that they were doing and intended to do, I just couldn’t say no.

I have the good fortune of having known her for literally decades. Well, I take the negative publicity with a pinch of salt. Anyway, let’s move onto the interesting part of what we’re going to be talking about today and that is the 11th of July. Now, have you done this before? Have you slept out under the elements like the homeless people do every night, and we’re going to be doing it near the middle of winter?

Alec, I haven’t. I’m a runner and we like to run early in the morning, and generally when you go, and it’s still dark, you see quite a few homeless people sleeping out on the streets. To be honest, my heart breaks for them. To do something like this resonates with me. So, to see them suffering through it, day in and day out, to be able to just do it for one night is, I think, a little bit of something that we can do just to show that we are empathetic and we are mindful of their situation.

What was that story about the old North American story that, ‘you don’t know a man until you’ve walked a thousand steps in his moccasins?’ It’s not exactly a thousand steps but it is the one night and I guess it does open a window.

No doubt, and if we can all take a chance to try and make a positive impact, even in some small minor way, however it may be, then we’re on the right path. Then we’re on a path to a better place where we can all experience the good together, as opposed to hardship and suffering for some.

This year must also be quite interesting for you, given that it’s Nelson Mandela and, as South Africans, we all know what an icon and what a difference he made to the country, but that he was also a lawyer, which is your profession too?

No doubt – the stories, there are many, and certainly some of them are entertaining about Tata Madiba as an attorney and I think as South Africans, anything to do with him resonates with us. We live in this country and this country wouldn’t be the place it is without him, his attitude, his actions, and the path that he walked. I think part of the direction that he took and the path that he took was as a result of the fact that he was an attorney, and he believed in equality for all, and he believed in rights. Ultimately, I think as attorneys that definitely resonates with us. As you say, in his centennial year it really is a golden opportunity to get involved in something like that.

What a law firm it would be, if they resuscitated it, Mandela and Tambo. Because you’re a named partner – that’s quite important, isn’t it, who you have and the names above the door?

Well, if I can just correct you. At the beginning of the interview, you referred to our former name. We underwent a metamorphosis and became Edelstein Farber Grobler Inc, give or take a few years ago, EFG Inc. In my mind, to be honest with you Alec, to be a named partner or not, it doesn’t really make a difference. You all pull together. You all are looking out for each other and, at the end of the day, me, personally, I’m not in it for the glorification, so to speak. So, whilst it’s nice and it’s easy to say because my name is out there – it’s not a must have.

I still think that Mandela and Tambo would be a pretty strong legal firm today though.

One can’t get away from that.

Liliesleaf, and that’s where we’re going to be under the stars on the 11th of July. Again, given its position in SA’s history it’s going to be quite a moving occasion.

No doubt, I think whoever chooses to register, attend, and participate in the event it’s definitely going to have a long-lasting impact on them. I, myself, recently have taken a walk around Liliesleaf and just to walk around there gives you goosebumps. So, I would imagine to be there on the 11th of July, with the rest of the CEOs, with the positive change in mind and I have no doubt that no one will leave unchanged.

Greg, you know what’s interesting is, I did an interview with Nic Wolpe, the CEO of the trust, and it’s been very well listened to (the interview) and the transcript very well read, and the 9-minutes, on average, that people have been reading that transcript. So, it shows me that, apart from the fact that lots of people are interested in it. That there’s a lot of history on Liliesleaf that we as South Africans are perhaps not as aware of as we should be.

100%, Alec, I think Liliesleaf has been, or certainly was an integral part in the struggle and up until this point in time, certainly in my life, it certainly didn’t play a big role and I was sort of in the dark about it. Upon my visiting there and reading up about it, and actually seeing what it was about, as you say, it really did play a vital role in our country and in the struggle.

As part of the deal, as a participant, you get to invite some guests. Have you got anybody in mind?

I’ve got my directors of the company that I’m going to invite, with me here, but are you referring to certain other CEOs?

I’ve invited, there are four directors at the firm, it’s Jeffrey Afriat, Ronel Grobler, and Shivani Govender so, I’ve invited all three of those directors. At the moment, the fourth place is up for grabs. So, whilst we have a few candidates in mind, I think everyone is trying to jockey for pole position to see if they can try to sneer that last spot.

They’ll be cursing me.

I’m sure not, but your challenges. Explain how it works, how the challenges work, and those who you are going to challenge this year?

So, basically, we identify certain people that are involved in our lives, whether personally, businesswise, professionally, and we issue out a challenge to them to come together with us and spend a night under the stars at Liliesleaf and to really get a feel for what it’s like to be homeless and to really participate in something like this and get the opportunity to give back and to be part of a bigger, global, I suppose consciousness and awareness movement.

The CEO SleepOut™, of course, started in Australia and it’s now moved to many English-speaking countries, and perhaps other parts of the world as well, in the future. Who are you challenging?

So, my challenges are the following, Eugene Beck at Roadcover, Ilan Zwarenstein at 3G Mobile, Rob Fihrer at Capricorn Partners, Uri Krost at Krost Shelving, and Herbert Theledi at Nthwese Developments.

Okay, now those guys are going to wonder why you picked them. Can you give us a brief view?

Well, I think each of them, in different ways, sort of give off different virtues that resonate with me, as they did coming from Madiba. They are all generous. They are all very much involved in the communities in which they’re based. They are very charity driven and I think ultimately, by inviting them or challenging them to rise to the challenge, I think I’m giving them the opportunity to do what they do best, and that’s to give generously.

Well, we look forward to Rob, Uri, Eugene, Ilan, and Herbert joining us on the 11th of July, and indeed, there’s only room for 200 CEOs so, I guess they’ve got to get in pretty early. I’ve got a few challenges of my own out. Two have been accepted, Greg, so it does appear that the challenge idea does stimulate action. I like the way you’ve approached it as well. It’s not just anybody. It’s the people that you know are themselves charitable, who do have open hearts, who do have empathy, and perhaps this will just remind us all of those less fortunate. It’s not condescending in anyway. It’s actually a way of opening our eyes.

No doubt. I think we can’t lose sight of the fact that what we’re trying to do here is to raise money for charity and, at the end of the day, the more money that we raise – the more charity can be given and the more good can be done, and the more people can benefit from it.

Greg Edelstein from EFG. He’s an attorney and he qualified with his LLB at Wits University in 1999 so, a Johannesburg lad. He’s going to be at the CEO SleepOut™ at Liliesleaf, this historic, iconic, venue in Rivonia. He’s going to be there on the 11th of July. I’m going to be there on the 11th or July, and we hope that those five gents that he has challenged to join him, are going to take it up and also be with us that evening. Well, this is another edition of the CEO SleepOut™. Until the next time, cheerio.