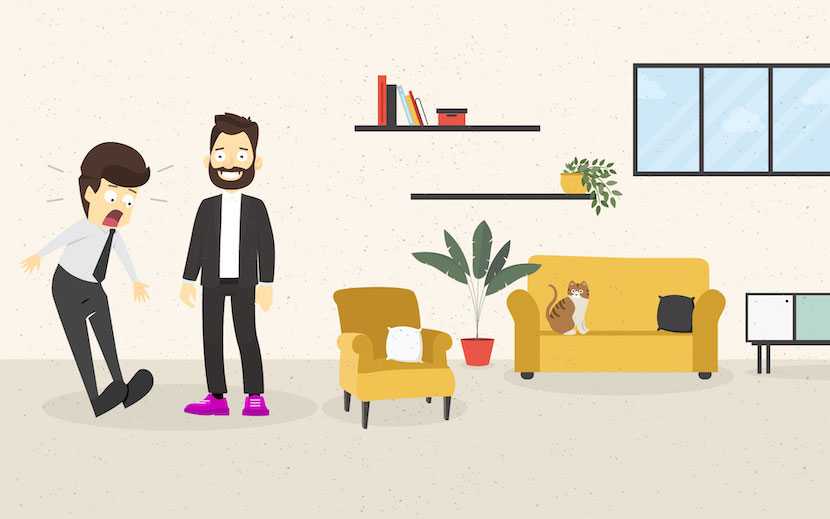 Sometimes, the best way to stave off the feeling that you’re getting on in years, is to put your best foot forward and continue the journey in shockingly colourful style.

“You’re not thinking of buying those, are you?” There comes a moment in every person’s life when they are hit with a white-hot epiphany: “Hey, I’m getting on a bit, you know?”

My own moment came when my partner was appalled that I was thinking of buying a pair of tasteful neon purple sneakers. According to her, I had reached the point where I could only don the boring, plain vanilla takkies that go with suits.

The floodgates opened then, and I remembered a rush of other little “purple sneaker” moments – screwing up my face at every song that comes up on daytime radio, pulling my hammy bending over or an inexplicable hankering after jazz, board games and speed limits. Teenagers are aliens and a blight on the Queen’s English.

When it comes to ageing, it’s easy to believe that guys have it easy. It’s assumed that all men can age gracefully into a silver fox, channelling Denzel Washington or Jason Statham, (or in my case, Danny DeVito).

On the inside, though, men have to deal with challenges to their masculinity. Asking for help, no longer being able to open that tight jam jar, struggling to sustain the bedroom Olympics… all become humbling affronts to our sense of masculinity.

You can choose to rage against the dying of this particular light, or take it in good humour and give the guys at the gym your blood pressure stats instead of your bench press numbers.

I’ve dealt with the fear of ageing in the same way I’ve coped with premature balding – shave it all off and concentrate on the things I can change. There’s a certain power in being conscious of the passing of time and aware of your own mortality.

In an effort to slow down the clock, I’ve learnt to relish simple, routine exercises, which I used to rush through in an effort to get to the next big adventure. And while writing has become an increasingly important meditative exercise, I’ve come to realise that art isn’t the only route to some measure of immortality – there is just as much to be gained from having a lasting impact on those around you.

Growing older requires speeding up in places, slowing down in others, and sometimes, changing lanes entirely. You’ve got to ration your dwindling energy reserves and direct them at the right projects, whether that be enrolling in a course as a mature student, or whiling away a Sunday afternoon in a hammock.

And as people you are close to, begin to develop and succumb to illnesses, health becomes a primary concern.

This perspective makes job hunting as an older professional a markedly different proposition. It’s not simply that having been in the maelstrom many times before, you’re far less likely to stutter your way through interviews or forget your CV.

Yes, your experience and network of contacts built up over the years may help, but I’ve found during a recent job search that it’s the enhanced knowledge of self that comes with age that really counts here.

In these precarious economic times and especially in the troubled media sector, the South African job market isn’t easily navigated. For most people, job security is an illusion. There’s just no telling when a seemingly stable operation might go belly-up. You can only prepare so much for that eventuality.

As someone who has always struggled with authoritarian hierarchies, the luxury of positioning myself as a consultant has allowed me to escape these shackles and go pitch for those projects about which I’m truly passionate. It’s allowed for a certain measure of balance and the understanding that a career alone isn’t enough to define me or leave a lasting legacy.

It may sound simple enough, but career transition requires the confidence to market yourself effectively, while still retaining the wherewithal to understand and target your weaknesses.

Going back to school as a mature student serves a multitude of purposes. As I move from mainstream journalism towards content strategy, digital transformation and project management, up-skilling to deal with the demands of these fields, I’m finding that educating myself is its own reward.

It’s an exercise in building self-esteem, provides the practical tools for me to excel in unchartered territory and helps me stay relevant. Sit, roll over, apply Agile methodologies… you can teach an old dog new tricks.

But for all my age-defying bravado, I’m still battling with certain issues. I bought those sneakers anyway. I’m prepared make some sacrifices to Father Time, but garish fashion isn’t one of them just right now. Dress-my-age naysayers, be damned!