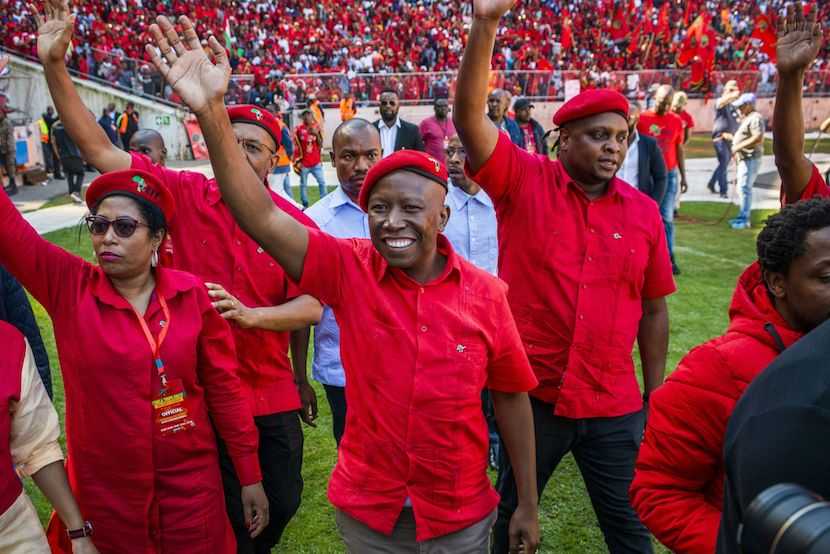 South Africans have been waiting and waiting for prosecutions on state capture and corruption but although a new, very eager broom in the form of Shamila Batohi stepped in as the National Director of Public Prosecutions and has been there for almost a year; there has been no convictions. Although there has been some progress on arrests such as the high profile case of former State Security Minister Bongani Bongo. Batohi told a news conference on the 19th of November that there was progress but that the NPA was understaffed by 800 prosecutors and admitted that she was frustrated. Added to that the Hawks had serious capacity problems and while the Zondo Commission was great at revealing corruption cases, there was “a big difference between testifying at the Zondo Commission and putting together a case ready for trial.” Legal expert, Pierre de Vos has examined whether MPs who have misled Parliament can be prosecuted for fraud and came up with the case of Tony Yengeni who has been sent to jail for failing to declare financial benefits to Parliament. De Vos examines the code and concludes that the strategy followed by the Economic Freedom Fighter’s Julius Malema and Floyd Shivambu may be a risky one. – Linda van Tilburg

Earlier this week investigative journalist Pauli van Wyk pointed out in a Daily Maverick article that a failure by Floyd Shivambu to declare certain financial benefits to Parliament may constitute fraud. Van Wyk correctly argues that the High Court had confirmed in the case of S v Yengeni that a failure to declare a financial benefit to Parliament may constitute fraud and that someone convicted of such fraud could be sent to prison.

To try and figure out whether the circumstances surrounding the Yengeni case were unique, or whether other MPs who fail to declare any financial benefits to Parliament also run the risk of being prosecuted and sent to jail for fraud, it may be helpful to revisit the High Court judgment in S v Yengeni.

At the time of the Yengeni scandal, Mr Tony Yengeni served as the chairperson of the Parliamentary Joint Standing Committee on Defence. The Committee was required to supervise the process of the arms deal procurement. Mr Yengeni and a representative of one of the arms deal bidders made a deal in which a new Mercedes Benz was provided to Yengeni at a discount of 47%.

The documentation that evidenced the sale falsely stated that the vehicle had been acquired in terms of a car discount purchase scheme for companies associated with Daimler-Chrysler or their staff and had been damaged during transport to the dealer concerned. This was the ostensible reason why the vehicle was acquired at a discount of such magnitude.

Mr Yengeni had failed to declare the 47% discount – which amounted to a financial benefit in terms of the Code – to Parliament and was subsequently charged with corruption and fraud.  He eventually entered into a plea bargain agreement with the National Prosecuting Authority (NPA), pleading guilty to defrauding Parliament in return for a commitment that the state would not ask the court to impose a custodial sentence. In his plea Yengeni admitted that he had failed to declare to Parliament this financial benefit from Mercedes Benz and that he had done so with the intention to defraud Parliament.

But this was a miscalculation on his part, as the magistrate retained the discretion to impose an appropriate sentence, which turned out to be four years in prison. Despite admitting to the fraud and pleading guilty in the magistrates court, Yengeni appealed the conviction to the High Court on the grounds that the plea of guilty was deficient in law and was therefore of no force and effect.

The High Court rejected the appeal and confirmed Mr Yengeni’s conviction for fraud. The High Court confirmed that the crime of fraud in cases like this is committed when an MP fails to disclosure to Parliament that he or she received a financial benefit when there was a duty on him or her in terms of the Code to make such a disclosure, did so unlawfully and with the intention to defraud, to the prejudice – either real or potential – of Parliament.

Although it is correct that the breach of the Parliamentary code does not per se amount to fraud, this does not mean that the appellant’s failure to speak when under a legal obligation to do so cannot be categorized as a criminal offence if he intended to mislead Parliament.

There are three factors that make Mr Yengeni’s case somewhat unique and that made it easy for the High Court to confirm that Mr Yengeni did have the requisite intention to defraud Parliament.

Second, Mr Yengeni shot himself in the foot by not immediately admitting that he did receive a financial benefit, and continuing to lie about the benefit. As the High Court explained:

The fact that the appellant intended to deceive the members of Parliament and the public at large is established beyond doubt by the stubborn denials of the truth reiterated by him for almost two years after the first suggestions were made of the appellant being involved in an improper transaction and by the deliberately deceitful advertisements published by himself in order to cover his tracks and to launch an unbridled and dishonest attack upon his critics.

This presents a tricky problem for an MP accused of receiving a financial benefit in suspicious circumstances, where the MP had failed to declare the financial benefit to Parliament. The MP may well avoid criminal liability by admitting receipt of the benefit and arguing that its non-declaration was an oversight – although this will be politically damaging. Alternatively, he or she may continue to deny that any financial benefit was received, but a court may rely on such denials (if they are false) to reach a finding that the MP had the requisite intention to defraud Parliament.

Third, a court would only be able to find that an MP had the intention to defraud when it is pretty clear that the MP knew that he or she had a duty to declare the financial benefit. If the obligation to declare is clear-cut, an MP may be in trouble, but where there is uncertainty about whether there is an obligation to declare specific financial benefits, it would become more difficult for a court to find that the MP had the intention to defraud Parliament.

More MPs might have been prosecuted for failing to declare financial benefits to Parliament if the National Prosecuting Authority (NPA) had had the political will to do so. But I suspect even a vigilant NPA eager to pursue fraud charges against MPs who fail to declare a financial benefit, will often have to let it go because it will be too difficult to prove that the MPs had the intention to defraud Parliament.

All this means that – at least from a criminal law perspective – there is little risk in the strategy followed by President Cyril Rampahosa, who has consistently argued that the Public Protector got it wrong and that the Code does not impose any obligation on him to declare donations made to the CR17 campaign. In the wake of such denials it would not be easy to prove that the President had the intention to defraud Parliament.

On the other hand, there is much more risk in the strategy followed by MPs like Malema and Shivambu. If it turns out that they did receive financial benefits from various slush funds, they may face the same problem that Mr Yengeni did in his appeal. Recall that in that case the court found beyond reasonable doubt that Mr Yengeni intended to deceive the members of Parliament because of “the stubborn denials” of the truth.

It turns out MPs who wish to avoid a fraud conviction for failing to declare financial benefits to Parliament, may do well to remember the cliché that the truth shall set you free.