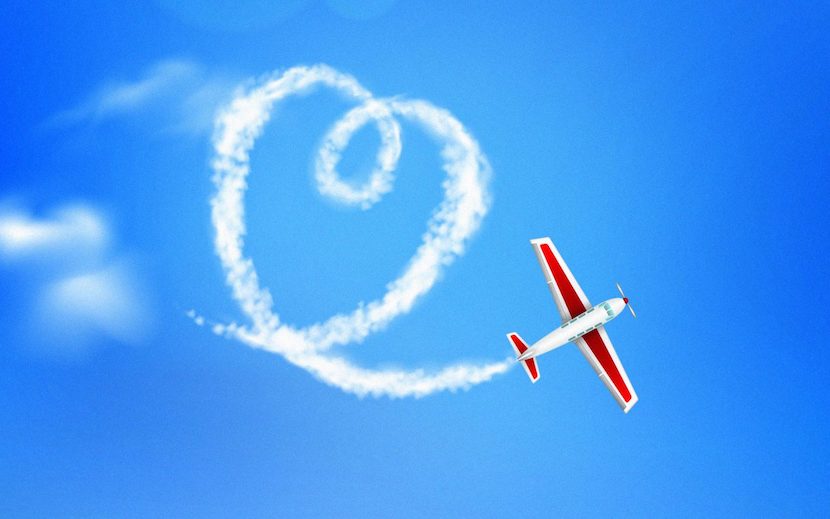 Alex MacPhail was six years old, flying unaccompanied from Joburg to London, when he first stepped into the cockpit of a Boeing 747.

As the pilots showed him around, as the lights beamed and the needles on the instrument panels twitched, Alex’s eyes grew wider and wider.

He was in his element, on a big plane nosing through the clouds, charting a course to the ultimate destination. The future.

For his 16th birthday, Alex’s dad gave him a very special present. An introductory lesson in a Piper Cherokee, flying up and down the West Coast near Langebaan.

With the instructor sharing the controls, Alex took off and landed, and he couldn’t wait to slip the surly bonds of earth again.

He was still in his teens when he enrolled at the South African Air Force base in Valhalla, Pretoria, earning his wings at 21 and launching a distinguished career that would include a stint as a member of the elite five-man aerobatics squad, the Silver Falcons.

Today, in-between his missions as a cargo and passenger pilot, he shares those secrets as a trainer, motivational speaker, and YouTube broadcaster.

We caught up with Alex to find out what the rest of can learn about the art of staying grounded and reaching for the sky.

Is there such a thing as a born pilot, someone who is inherently equipped with all the traits necessary to fly?

No, I don’t think so. I think you have these traits where you tend towards things, and it becomes a self-fulfilling prophecy.

As you learn more, you get better at what you’re doing.

But to begin with, there has to be a spark that holds your attention. For me, it wasn’t just speed, it was the fascination of controlling machinery.

From the passenger’s point of view, it would seem that one of the main traits a pilot needs is the ability to focus intensely on the task at hand.

Absolutely! It’s all about maintaining your options.

In some ways, it can be a bad thing in life to have too many options in front of you.

I can remember as an 18-year-old, travelling around America, seeing these two aisles in the supermarket, and they were filled, from floor to ceiling, with bread. If you have 200 different options of bread to choose from, it actually slows you down.

So the trait that’s good in flying, is being able to maintain your options.

So you’re keeping your focus on what you’re doing at any given moment, and all the while you’re also planning ahead?

Exactly, you have these levels of prediction, where you scan ahead in a series of little snapshots, allowing you to quickly figure out the safest way to get out of a situation if anything goes wrong.

You have a tactical short-term view, and you keep updating the end-game, working with the information you have to hand.

It’s not like driving on the N1, where you have filling stations where you can stop along the way.

We put a huge amount of trust in pilots when we fly, but we trust in the machines too. How far do you think we are from completely automated flying, where a pilot is not required?

The human factor is still vital in flying. It’s very close to my heart.

But we are going to get to a point in aviation where the computers are smart enough.

Just look at the Tesla — those computers are smart enough to drive the car on auto-pilot.

Right now, the machines on board a plane are good enough to be your wingman, but you need to be there to give it the input it needs.

You are still making the finer decisions that prevent things from going wrong. When will the first pilotless plane take off?

The answer is, when passengers are prepared to pay for a ticket on a plane without a pilot on it.

Pilots also seem to have an almost uncanny ability to communicate clearly and calmly, even in a crisis. Is this part of your training as well?

It comes through naturally as part of the job you’re doing. You have an obligation to inform the passengers of everything.

You treat them in the same way as you treat your co-pilots and cabin crew.

It doesn’t help to have a hot head in a crisis.

As the leader of the team, you want to share the information in a cool, calm, and collected way.

It’s all a spin-off of the training you’ve done, operating in a complex, high-risk environment where there are multiple people involved.

What is the secret of communicating clearly in such an environment?

A pilot has his mechanic in the hanger, his dispatcher, his Air Traffic Controller in the tower. All of these are resources, but they’re not sitting next to you.

So you have to communicate and get the best out of all these people, and you’re talking to them on a static piece of wire on a VHF frequency.

The secret to getting your message across is that you use standard phraseology. You’re clear and concise, and you don’t give too much information in one go.

What are the three main ways of communication? You’ve got words, body language, and tone. Words are 7 percent, tone is 20 percent, and body language is the rest.

When you’re flying, you have no body language, so you have to rely on standard phraseology.

How can the rest of us learn to apply these skills in our own everyday life and work environments?

It’s a team that can consistently deliver in the greatest arenas. It’s not a one-hit wonder. So how do high performance teams stay on top?

The key is to work towards a principle of incremental gains. It’s a three-step process.

You look at what you’ve done, and you see what you can do better. How can I make tomorrow’s performance better than today’s performance?

You don’t need to reinvent the wheel every day. You just have to do a little better, incrementally, than you did yesterday.

And how do you manage to get that right?

What I’ve learned from high performers, and from being part of high performance teams, is that you make the commitment to do something, and then you set aside the time and you do it.

Not too many people are excited to put on their running shoes in the morning and go out for a run. But that’s how you get to win a race.

You just have to start. And you will improve, if you just put in the hours.

It’s also about being part of a team.

No-one gets to the top on their own. Even the greatest golfers have a caddy walking alongside them.

Let’s talk abut aerobatic flying for a moment. To the viewer on the ground, it’s a thrilling, heart-stopping spectacle. But does it serve any greater purpose than that?

It is a bit of a showcase. It’s the advertising arm of the military, and it’s great for PR and morale-boosting.

But at the same time, aerobatic flying is a celebration of individual discipline and excellence, and the value of working in a high performance team.

The Silver Falcons is a five-ship formation, and the team can build the show any way they like. But it’s a highly-choreographed event.

When the curtains open and the ballet comes on, you’ve practised that routine dozens of times.

The leader is talking you through every step of the show. “Tighten up, standby, smoke-on, go, pull-up, go!”

The commands are regular and crisp.

One of the responsibilities of the leader is that he must plan the airspace. It must be safe and it must be a thrilling spectacle, perfect in every way. The loop must be round, and not shaped like an egg.

What is your job, then, when you’re flying as part of the team?

The leader is making sure that the formation is going to be a) safe and b) beautiful. If you’re the wingman, your job is to follow the leader. He has the big picture.

Your job is to stay in position, and keep yourself triangulated. If you keep one eye on the ground, you’re going to lose your point of reference.

The leader will look after the big picture and will make the tactical decisions. You can’t second-guess your leader when you’re flying in formation.

How do the gravitational forces affect you when you’re flying at high speed and in such close formation, and how do you cope with those pressures?

You keep healthy and fit, to begin with. You do get used to flying in negative G forces.

Your fine-motor movements are crucial, because the more you try to stay in formation, the harder it is.

When you’re flying at 4G, which is equivalent to four times your body weight, your arm, which normally weighs 10kg, becomes a 40kg arm.

Your hand is holding the stick, and your arm is getting heavier and heavier. When that happens, you need to free up your RAM, your headspace, in order to make good, safe judgement calls in the moment.

So you just need to know that you’re G-fit, and you won’t have to use your mental energy to strain against the Gs.

Instead, you you use all your energy to keep safe. You get better, and the more you do it, the better you get at getting better.

What do you when you’re not flying, or thinking and talking abut flying? Do you have time for any other interests?

Well, I love coffee, for one thing! I’ve got an industrial coffee-machine at home, and I run a coffee-cart at markets, under the name Blackbird Coffee.

I love boating and squash, and I play golf. It’s a long, slow sport. I’m a fun-loving person, and I’m very spontaneous. I have three young boys and we spend a lot of time together, cycling, paddling or building LEGO.