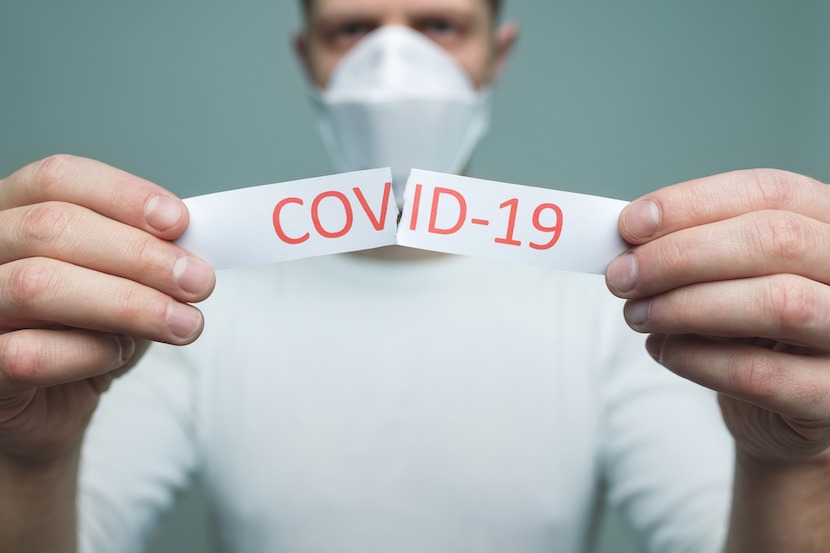 The government has been clear in outlining the crucial role that it says the lockdown has played in curbing Covid-19 in South Africa. However, nearly five months on, it is clear to see that it has also done considerable harm. Not only has it hurt the economy but the people, too. Experts are saying that data on the pandemic shows that lockdown theory is a complete failure, and that it does not reduce the pace at which the infection spreads. In this open letter to the scientific community, John Taylor asks for an explanation of the thinking behind the World Health Organization’s recommendation that lockdowns would be effective in preventing the spread of an airborne virus “that had likely escaped prior to the very first lockdown and was flying around the world in airplanes”? Is it time for government to rethink lockdown theory? – Jarryd Neves

An open letter addressed to the epidimological, medical and scientific community: Covid-19: asking (and answering) the hard questions

Like many others you no doubt feel powerless to change the course on which South Africa finds itself. However, by saying and doing nothing we are allowing the government to destroy our future and seal the fate of millions of South Africans.

The way out of this crisis is for everybody to add their voice to the call to end the lockdown and stop corruption.

Only time will tell how future generations will judge the actions of those in positions of power or influence who turned a blind eye to these injustices.

Faced with economic disaster and the resulting humanitarian crisis, many countries around the world are now calling for reviews of the process and decisions by the World Health Organisation in declaring Covid-19 a pandemic. There will likely be many commissions of enquiry at national level too as the public demand accountability of all those in positions of responsibility and those who should have spoken out – but chose not to.

So, what are some of the hard questions that are likely to be asked?

Worldwide people have been exposed to formal and social media reports about the perceived life-threatening effects of Covid-19. It appears that WHO and most governments worldwide exploited the fear of death and the process of dying to justify the lockdown approach.

Given the propensity of Covid-19 to kill older people and people with serious comorbidities, is it possible that the decision makers at WHO and world governments identify themselves as likely targets thereby leading to their lockstep decision to shut down the world?

The International Committee on Taxonomy of Viruses (ICTV) announced “severe acute respiratory syndrome coronavirus 2 (SARS-CoV-2)” as the name of the new virus on 11 February 2020, because the virus is genetically related to the coronavirus responsible for the SARS outbreak of 2003.

Knowing from years of study how viruses behave and the mechanism of transmission, on what basis did WHO as well as scientists and medical experts around the world decide that lockdowns would be effective in preventing the spread of an airborne virus that had likely escaped prior to the very first lockdown and was flying around the world in airplanes?

Due to lockdown and the phased reopening strategy hundreds of millions worldwide face death by starvation and diseases that are exacerbated by the lockdown. By contrast, governments, quasi-government organisations, allied industries and those who receive state guaranteed salaries are still cushioned from reality.

Will scientists and medical experts accept responsibility for their advice being a significant contributing factor to this humanitarian crisis and what will they do to correct it and prevent a repetition?

Many vaccine manufacturers are touting the release of a vaccine in the near term that will provide immunity from the virus. However, the more likely scenario is that it will take years to develop a safe, effective and long-lasting vaccine, if at all.

Should the many young, those with low risk profiles and those who are quite capable of taking care of their own health, be forced into isolation and behind masks, by the very few who are at risk, many of whom are so because of poor lifestyle choices?

Do the so-called “educated elders” and those in position of power deem their lives more worthy of preserving than those of the younger generation?

Almost no effort has been made by WHO or world governments to contextualise the potential threat from Covid-19 against all the other regular diseases and ailments of which people die Death and dying are natural processes and every normal daily activity is potentially life threatening. Every day some 112,000 people die worldwide from non-communicable diseases such as cardiovascular and respiratory ailments, cancers and diabetes. By contrast, the current worldwide deaths attributed to Covid-19 is averaging around 5,600 per day.

In the light of seasonal influenza claiming some 11,000 lives each year in South Africa, was this not an acceptable number of deaths that would have to be exceeded before initiating the harsh lockdown in South Africa?

Virtually all vaccines work by boosting and creating immunity to diseases by inoculation of the young and healthy. As they grow older, children develop their own immunity to numerous other diseases by simply being routinely exposed to them every day, whether at school, home, etc.

How will children develop these natural defences unless they are allowed to breathe God’s free air and live in a world that is not artificially sanitised, just as have all generations of humans?

All humans learn to survive in a complex world through exposure to and participation in normal social interactions. Children, in particular, develop these through interactions with family, friends and multi-disciplinary educational environments.

How will we humans develop healthy and robust personalities and characters if not in a normally functioning society?

South Africa now faces many more deaths arising from the economic downturn and associated diseases and starvation etc. than Covid-19 would have caused.

Was there any attempt to calculate the lives saved with lockdown versus the lives lost as a result of lockdown? If so, what were these numbers and why have they not been released into the public domain?

What alternative scenarios and contextualisation parameters were used when the scientists and medical experts advised the government on the strategy to combat the perceived threat of Covid-19?

As more evidence becomes available, it is pointing to an epidemic and not a pandemic, and yet the government continues with its war talk rhetoric.

What can the scientists and medical experts do to help reduce the levels of fear of death that almost everyone is experiencing, largely because of the continuous government promoted media pressure and social media hype?

How will scientists and medical experts get people to accept that they can’t sanitise the universe in order to avoid death and dying?

From time to time there have been statements in the press by scientists and medical experts (most recently by Prof Shabir Madhi) saying that their recommendations are largely being ignored by government in its decision-making.

Why aren’t scientists and medical experts taking a very strong stand against this, given the harrowing consequences for the country?

What can scientists and medical experts do to get acceptance by the government that, in spite of their dire predictions (the most recent reduction being between 40,000 to 50,000 deaths), the number will be very much smaller, possibly 15,000 to 20,000?

As a result of lockdowns and shutting down of most economies, the world has now gone into recession. Only enormous debts will save most countries from even more deaths and disaster.

What lessons have we humans learned and how should we handle the next big virus threat?

A call to action!

You have the power to change the destructive course that South Africa finds itself on. Do not let the government and corruption determine your future – and the fate of millions of South Africans.

What will you do to turn this crisis around?