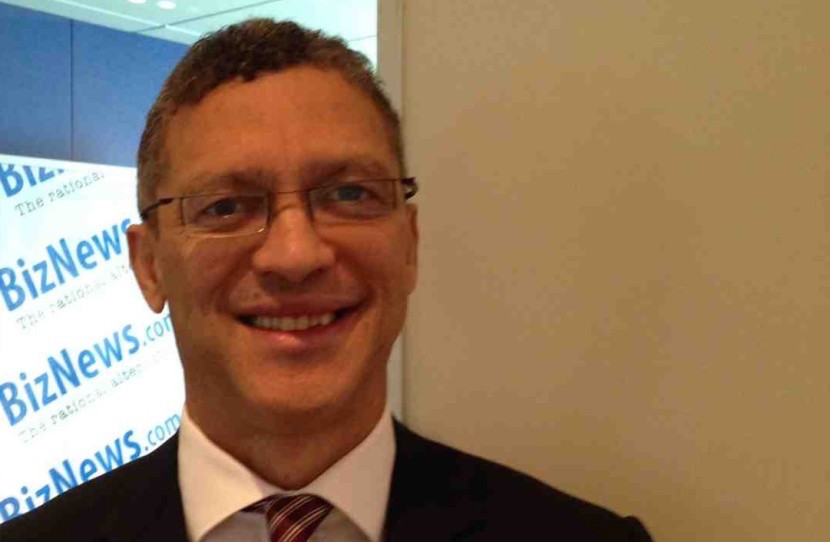 Leslie Maasdorp says the recent developments in Chinese financial markets will not affect their commitment to the BRICS Bank. He says China may reduce investments in the emerging economies. Maasdorp tells Tim Modise that other BRICS members are going through a variety of economic challenges, and China remains the main engine. Russia, it appears, is the worst affected.

Leslie Maasdorp, thanks very much for joining me once again.

Thanks for having me, Tim.

We’ve observed what’s going on in China recently – affecting the rest of the world. How much did the Chinese government lose on the market, over the past couple of months?

Obviously, there has been a lot of nervousness and anxiety as a result of the turbulence, but I think that (and I have the benefit of coming from a little bit of an outsider’s perspective). I’m not a Chinese scholar or a specialist in the Chinese economy. Having come here, it’s very clear that when I read the commentary in the global western financial media and if I compare that with the domestic commentary by the analysts’ community in the financial sector here, there are a little bit of parallel tracks that you discern when you do that. I’ll tell you why, Tim. There seems to be a much greater focus on (almost) panic when you read the western analysts’ commentary on the recent market turmoil whereas here, there’s a little bit more of a considered and reflective approach. I’ll tell you why I say that. Firstly, the Chinese economy, as you know, has been growing for several decades at double digits rates.

That has come to an end and the economy is now growing at slightly less than seven percent. In fact, we’re talking about 6.7 percent, which was the growth in the last quarter. The first point to make is that this economy is still very dynamic and growing, and all the imperatives that have been driving it – that growth is very much, still there. The developments in the stock market is very particular to Chinese factors and it’s not given to global markets but because of the importance of China (firstly, over the BRICS economies) and the interconnectivity of China with the rest of the world, it obviously impacts very heavily. All of the BRICS countries’ economies…their currencies have been heavily affected by the devaluation of the Renminbi (the local Chinese currency) as well as the drop in the stock markets. As you know Tim, these things are also linked to confidence and psychological variables.

They’re not all necessarily rooted in hard data facts. I’m arguing that there’s sort of, a degree of psychological sentiment, which is turning negative because of the slowdown of growth in China but this has been happening for the last two years already. It’s not new – that the Chinese economy is slowing down.

You see, the recent events have led to questions being asked how BRICS itself is going to work, especially in the context of the bank (of which, you are one of the senior executives). The question is, will China still be able to invest in the bank, given that it put so much money in the market and lost a lot of it?

Tim, I think it’s important to take perspective here. China has foreign exchange reserves in the trillions. Their contribution to the initial capital of the BRICS New Development Bank is $10bn, so they still have several trillion others in reserve. There’s absolutely no impact in the short-term on the New Development Bank. However, the amount of money that has been raised, (which I’ve read in commentary – north of 200-bn invested) is obviously, quite substantial so there’s no question that there is a significant impact because of the steps and the interventions that the Chinese government has undertaken. To answer your question very directly: the impact on the sustainability, the future, and the participation of China as one of the leading economies within BRICS is at this stage, as we can see it, negative or irrelevant because there is such a strong support for the bank here in China. There’s no way that China will not honour its commitments with respect to their capital expectations to the bank.

One view that I’ve heard expressed is that China will be cutting back on the investments/commitments to invest in infrastructure on the African continent. Since they have their own domestic problems, they will no longer be focusing that much on Africa.

Tim, I think it’s important to note that as much as the Chinese economy is a strong domestic economy with more than 1.2 billion consumers, the fact of the matter is that the Chinese economy is also very dynamically interlinked with emerging markets and with the rest of the world. China cannot simply decide tomorrow ‘we’re now going to decelerate our investment in emerging markets’. They are also dependent on us (for example, South Africa, Brazil, and India) buying Chinese goods and continuing trade and investment relationships. I think it’s important that we don’t overreact to the recent developments. There is obviously, a structural shift happening in the Chinese economy from what I read here, domestically. They are trying to shift the patterns of growth away from ‘investment-led’ towards more ‘consumption-led’.

There are very high savings ratios in the Chinese economy, as you might now, but people don’t spend. The public investment, investment-buy, the government, as well as the state-owned enterprises etcetera, have been one of the big propellers of growth. I think that there will definitely be a slowdown because the government has indicated that their projected growth numbers are lower. There will definitely be a slowdown, but it’s unlikely that that’s going to be in orders of magnitude, which will shift the nature of the economic relationships with South Africa and Africa, in particular.

What is the state of the economies of the other members? We already know that the South African economy contracted in the second quarter. What’s the situation in India, Russia, and Brazil?

I think South Africa, Brazil, and Russia are in one league and then you have China and India in the other league. Obviously, because of the ties between China and India (because they were really, the engines of growth for a very long time within the BRICS formation), the economy’s that are going to face really challenging domestic and macroeconomic challenges would be South Africa, Russia, and Brazil. Each of these economies are very different. They all have very specific domestic issues. In Russia, it obviously has to do with the rapid decline in oil prices, which impacts on that economy given that it’s a big oil and gas exporter. The sanctions for example, that have been imposed on Russia – the conflicts of the issues in the Ukraine, etcetera – is also having an impact on the country. You think our devaluation has been significant.

As you know, we had an historic 14-year low, with regard to our U.S. Dollar rate. The Russian currency has basically, last half of its value over the last 10 to 12 months. It is much more significant, so they definitely have a crisis in each of their economies but it doesn’t affect the functioning of the New Development Bank. Tim, remember we are an institution focused on long-term economic and sustainable development. We have 20/20-year horizons so when we sit in our executive meetings we obviously look at what’s happening in the equity markets. It affects how we look at the world and our domestic…the five economies, but we look at the world through long-term lenses when we do our first projects from next year onwards. When we fund these projects, we take 10 to 20-year horizons.

Let’s get a status update on the members putting forward their own projects. Have you started with the work of identifying projects that you may fund?

Yes, we have now issued a directive to our respective partners. For example, in South Africa we obviously work with the Development Bank of Southern Africa. We work with government – the PICC, which falls under Ministry and Economic Development. We work with the National Treasury, and DTI etcetera, so we are working very closely with our South African partners. In each of the countries, they are beginning the process of identifying potential projects, which they consider high priority. We have given broad guidelines. However, we are still at an early stage. As I mentioned to you in the last interview, we’re literally only in the end of our second month of operation now and we are focusing more of our time on establishing our infrastructure, putting policies in place, hiring people, and all of those basic but very important things.

One of the broad directives is that if your project is in energy, we want it to be a clean energy project. There’s a big focus on sustainability, for obvious reasons. In Ufa, as well as in Fortaleza last year, the BRICS principles have indicated that they would want this bank to focus on clean energy, so you’re unlikely to see us building a new coal-fired power station in the short-term. Clean energy and sustainability is going to be one of the key drivers of our decision-making for our first projects, but it’s in very early stages. The work is still being undertaken to identify those projects.

In South Africa, when will you be staring with work on the ground?

Although we are working aggressively to begin the design of the Africa Regional Centre, which will be the regional office of the bank in Johannesburg, the setting up of the head office has obviously taken a higher order of priority because you can’t have a regional office if you don’t have a proper head office. It doesn’t matter what company or institution you run. You need to have a clear structure first, before you begin to expand into more local and regional offices. We are currently working on the design of the regional centre, which will be based in Johannesburg. The key point though, is that it is the highest order of priority, which means that the next office to be opened, given that we now have the head office in Shanghai, will be the one in Johannesburg. At this stage, I’m unable to give clear indication of the exact timeframes because of the number of variables outside of our immediate control.

Much appreciated, Leslie. Thanks very much for talking to us, and everything of the best, to you.