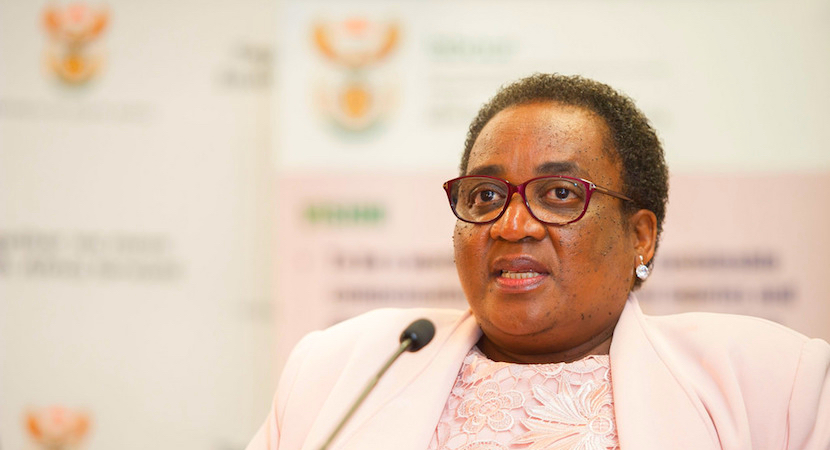 Black economic empowerment and the most effective way to implement it have been hot talking points in South Africa for just over two decades now. Of course, government’s poor record on providing sufficient education to all South Africans hasn’t helped the matter either. Now that the ANC-led government is getting desperate to push through so-called radical economic transformation, we’re seeing the implementation of some tough penalties. In this Bloomberg report below, Labour Minister Mildred Oliphant has slapped fines on 21 South African companies for failing to transform. Now, while transformation should be a priority among South African corporates, government also needs to start coming to the party by helping to upskill and ready millions of South Africans for the 21st-century workplace. It’s a two-way street and by just implementing penalties, the risk is that proper transformation may remain elusive for decades to come. – Gareth van Zyl

Bloomberg – South Africa has fined 21 companies and plans to penalise more for failing to comply with laws that compel them to employ more black citizens to help reduce inequality more than two decades after the end of white-minority rule, Labor Minister Mildred Oliphant said.

Whites, who comprise about 8 percent of the population, hold more than 68 percent of top management positions while blacks, who make up more than four-fifths of citizens, have 14 percent, the Department of Labor’s Commission for Employment Equity said in its 2017 annual report released Tuesday. Half the companies that were penalised trade on Johannesburg’s stock exchange, Oliphant said.

“We are seriously considering approaching the president to enact the more punitive” legislation, she said in a speech published on the department’s website. “This will give the Employment Equity Act real teeth and will bite where it hurts the most, and that is, designated employers’ revenue.”

Read also: Papenfus: To Labour Minister Oliphant, what must we do about these Whites?

Legislation aimed at boosting black people’s participation in the workforce since the end of apartheid in 1994 has done little to slash unemployment and reduce inequality. The jobless rate is 26.5 percent, while average earnings for black households are a sixth of their white counterparts, according to the nation’s statistics agency.

Men hold 78 percent of top positions, according to the report.