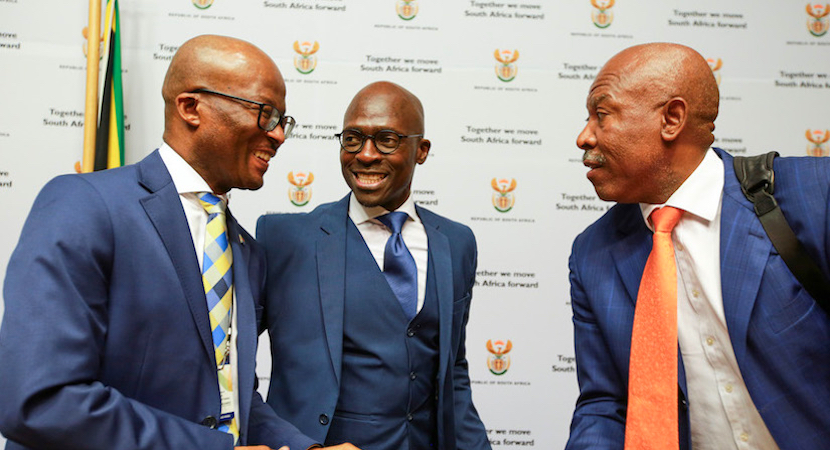 CAPE TOWN — Although the political head gets all the media’s attention on Budget Day, the true architect of the country’s annual bookkeeping exercise books is the Director General of National Treasury. After the retirement of long-serving Lungisa Fuzile, that responsibility now lies with the new DG Dondo Mogajane. Here is the overview of his first Budget, in which Mogajane highlights some unique challenges his team faced this year and the solutions they have crafted to meet them. – Alec Hogg

The 2018 Budget arrives at a moment of opportunity for South Africa. A renewed sense of optimism has provided a much-needed boost to confidence and investment. The economic outlook has improved. And government has expressed a new resolve to strengthen policy coordination.

Yet this positive turn of events should not blind us to the enormous economic and fiscal challenges facing our country. Economic growth is far too low to reduce alarmingly high unemployment and inequality. Revenue collection, on which government depends to fund social and economic spending programmes, will fall short of projections by R48.2 billion in 2017/18. The finances of several state-owned companies are in a precarious state.

The 2017 Medium Term Budget Policy Statement (MTBPS) pointed out that extraordinary measures would be needed to stabilise the public finances. Without such measures, we would only delay the debt reckoning, and a growing share of spending would be absorbed by interest payments.

The 2018 Budget proposals address these concerns with resolve. The budget sets out a programme of expenditure cuts identified by a Cabinet subcommittee amounting to R85 billion over the next three years, and reprioritises spending.

Several tax measures, including a value-added tax increase and maintaining the top four tax brackets with no inflationary adjustment, will raise an additional R36 billion in 2018/19, enabling government to narrow the revenue gap.

Social grant payments will increase faster than inflation to offset the effect of higher taxes on poor households.

Read also: Zuma’s free education plan ‘laughable’. Here’s what he should be focusing on – FMF

The budget also responds to new policy initiatives. This includes an allocation of R57 billion for fee-free higher education and training over the medium term, as announced in December 2017.

The fiscal measures in this budget entail a difficult adjustment. They will require increased spending discipline in government and resilience from the people of South Africa.

Nonetheless, these measures will protect the government’s ability to meet its constitutional obligations over the long term, and ensure that we retain fiscal sovereignty.

Government is committed to setting the country on a new path of growth, employment and transformation. In the months ahead, we will end policy limbo in key areas and address governance concerns with renewed vigour. We will build a social compact with business and labour to speed up investment and job creation. And we will continue to improve planning for major infrastructure projects to ensure value for money.