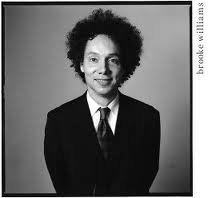 Working in the media has its benefits. By the nature of news, you get exposed to the exceptional. That uniquely positions you to think. To absorb. Pity it’s taken me a couple decades to work this out.

Only recently did the penny drop that actually understanding what interviewees are trying to communicate is more important that getting the story out fast. It’s what makes the difference quality and quantity. Especially when tackling topics where there are no concrete answers. Places where everyone has an opinion. Like Leadership.

It’s a subject that has occupied much of my free time lately. First, when reading Gary Hamel’s most recent bestseller The Future of Management, a book that shatters so many long-held theories. The jury is still out on Hamel’s radical recommendations: he burst onto the scene in the early 1990s when popularizing the concept of “core competence” and “outsourcing”. But blotted his copybook in 2001 when eulogizing Enron’s management processes shortly before that giant organization imploded.

But Hamel was rated the world’s top business thinker in a poll commissioned by the Wall Street Journal earlier this year, beating Tom Friedman, Bill Gates and Malcolm Gladwell. So, although many will find his book full of controversial ideas (like – we don’t really need managers at all), it’s still required reading for anyone trying to do better in business.

Being armed with Hamel’s treatise on the subject prepared me for a fascinating July afternoon at the Discovery Invest Leadership Summit; and an even more extended four day breakaway for Mentors and Mentees in Mozambique, put together by Ali Gregg and sponsored by Vodacom Business.

My own views on leadership were shaped in the early 1990s when my boss, the late Christo Kritzinger, whispered that I’d need to know myself pretty well to cope with responsibilities within the byzantine structures of our employer, the SABC. He reckoned Stephen Covey’s Seven Habits of Highly Effective People would do the trick. It did. Not many books are truly live-changing. For me, this one was.

Having put so much store on recommendations from a single fount, it was a relief to hear in Mozambique that Covey’s theories still hold. As Wits Business School’s Anton Roodt explained at the event, the secret to successful leadership is through developing and working on our character, which is the base from which to sort out niggles in our personality.

The cornerstone of Covey’s thesis is the difference between what he calls the character ethic and the personality ethic. Character being those immovable truths like honesty, integrity, humility; while personality is the face shown to the world. The more you work on your character, he argued, the less you have to create a façade. Or, being authentic requires less investment in public relations spin.

Deep stuff. But like so many truths, pretty simple once you really think about it. Put these character blocks in place and it becomes easier to understand that the first step to leadership is an ability to listen. Because without being able to listen, how can one learn? And without learning, how will leaders know about those things “followers” want from them?

Listening was something that around 1 600 of us did pretty intently at the inaugural Discovery Invest Leadership Summit. Especially from the headline acts, the articulate, insightful Malcolm Gladwell and entrepreneur extraordinaire Richard Branson.

For me, Gladwell refreshed like December’s iced coke in the Karoo. Having read his three books, some facts and examples were he used were familiar, mostly drawn from his outstanding bestseller Outliers. But there’s still something special to actually see an admired author deliver their message.

Gladwell, who was on his first visit to SA, used rock group Fleetwood Mac and its classic album Rumours as his pivot. Using the group’s turbulent ride to emphasise that although luck plays a part, nothing beats good old fashioned sweat equity. Quite apart from being the overnight success many buyers thought, Rumours was 15 previous albums and 10 years in the making.

The main take away from Gladwell was that success stories, whether in music, business or life, have much in common. They share a path of much trial and error; overcoming challenges of extreme adversity; an obsession with continuous experimentation; and, of course, perseverance. Those who achieve great success require only a modest level of ability to get into the game. But once they have the base, getting to the top depends on what’s put in. Not genius.

Gladwell was as adept in answering off-the-cuff questions as during his prepared address. The other big name at the Summit, Richard Branson, not quite so.

Despite a massive public profile and the awe with which he filled many at the Summit (some fawned, others used question time to pitch him business ideas) Branson is surprisingly bashful, tending to a slight stutter when away from the prepared stuff. I saw this when among a group of editors interviewing him in Davos two years ago. And, despite Sandton’s friendlier atmosphere, it was again evident at the Discovery Invest event.

Branson’s content, though, was faultless. The audience furiously scribbed down pearls like “Great responsibility must always go hand in hand with great privilege,” and “Fortunes are made in good times; Empires are made in tough times”.

Those who have read his books were heartened that, in person, his view on the world is consistent. Like: “The best way of going into a new business is not by having an idea to make a pile of money, but through having personal frustrations yourself. The best business ideas come from personal experiences; from a belief that I can do it better.”

One I hadn’t heard before was his opinion that “Once your company gets to around 30 to 40 people, it’s time to get in a good MD and move out of the office. I work mainly from home. It gives me time to think.” Not sure I’d go along with all of that, But there is the critical requirement once more: Thinking. Which means listening. And learning. Before Leading.