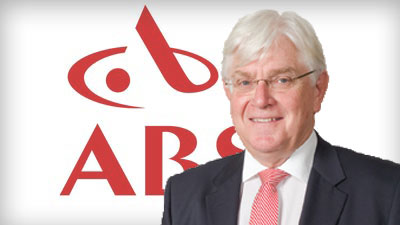 UPDATE NOVEMBER 2012: At the time this article was written, Absa’s share price had dropped in a week from R157 to R135. The setback wasn’t temporary. In five months since the price has remained at the lower level, marking time. At the end of August, Absa’s parent Barclays appointed Antony Jenkins as its new CEO. He has spent his first few months grappling with a group-wide review of Barclays, focusing on how to change its culture and strategy.

It’s a complex challenge as the investment bank – where the culture issues are most obvious – generates 54% of Barclays profit, but is also the place where Jenkins has promsied to address inflated salaries. At Absa, chairman Garth Griffin (63) will step down at the end of March 2013 after two years at the helm. He will be replaced by former FirstRand execuitve Wendy Lucas-Bull, Absa’s second female chairman. Maria Ramos remains CEO but has been keeping a low profile. In a month’s time her deputy, career banker Von Zeuner (51), clears his office after 31 years at the bank. Von Zeuner has since agreed to chair the newly established board of Cricket South Africa.

Absa’s chairman Garth Griffin made a couple of silly mistakes in our live radio interview Tuesday night. He called me Alan. Sloppy. Then made a point of not disguising his irritation at my questions. An old tactic of authority figures. Baring of teeth to warn they’re displeased. In Absa’s boardroom, challengers surely retract. But we weren’t in Absa’s boardroom.

“You can join whatever dots you want,” Griffin growled. So I did. Called around, chatting to old friends from my past business life to understand what’s really going on inside SS Absa. What emerged wasn’t pretty.

The research revealed that instead of barking at broadcasters, Griffin would do better returning to the logical roots of his actuarial brain. Talk to those inside the group, the rank and file desperate for change but fearful of raising heads above the parapet. Or, as a last resort, dispense the blinkers and just consider the facts.

At the beginning of last week, Absa’s share price traded at R156,50. The money managers who invested billions of their client’s funds had been guided into believing profit growth would be between 15% and 18% in the 2013 Financial Year. That’s what is called “managing expectations”. Executives nudge the researchers in the right direction. Enough to ensure nobody’s embarrassed. Not enough to raise concerns about possible insider trading. Strictly speaking it shouldn’t really happen. But is one of those unspoken laws that insiders all accept.

So the bank’s announcement last Tuesday was like dropping a dirty bomb into the financial network. Instead of the double-digit improvement for the first half of the year, the bank’s statement informed of a reverse of up to 10%. That single act wiped 13% off the value of Absa stock in just one week.

This profit warning specified problems in the mortgage loan book. Fair enough. It happens. But at Absa’s annual general meeting just two months prior, there was no hint of looming problems. Griffin says data only emerged in the last two months that the company has been holding onto repossessed properties for too long. Where outsiders are skeptical is you don’t hold on too long in just two months. Not R500m too much anyway. Something is either very wrong with the management information systems, or there’s a liberal application of pork pies.

Chairman Griffin was spirited in his defence of Absa CEO Maria Ramos. She is every young bank clerk’s fantasy – the former FNB teller who returned to the industry decades later at the very top of the tree. Ramos, an ANC activist turned bureaucrat, was a beneficiary of the Party’s cadre deployment approach. Hindsight suggests her shift at State-owned Transnet had, at best, a mixed result. When that contract expired, Absa’s board, led by another ANC activity Gill Marcus, wanted Ramos so badly it paid young and impressive career banker Dr Steve Booysen to leave early. That opened the room for the least experienced CEO in banking history.

Insiders say Ramos’s appointment sparked the “Barclays-fication” of Absa. Booysen was soon followed out the door by virtually his entire top team. As long-serving leaders departed, so did the next layer, triggering replacements by inexperienced non-bankers and the secondment of a flotilla from London. With so many decisions being taken in Canary Wharf, the Barclays approach to Absa swiftly changed from controlling shareholder to owner. A seemingly subtle shift. In reality, anything but.

Investors remained comfortable so long as workaholic, through-the-ranks retail banker Louis von Zeuner remained steadfast. With Big Louis minding the shop, they said, Ramos will have the time required to learn all about the monster she had mounted.

The word from inside Absa, though, is ambition got the better of her. Ramos became pally with Barclays CEO Bob Diamond and soon accepted his request to head not only Absa but the separately accounted for, geographically diverse Barclays Africa. Diamond brought her closer still by appointing the inexperienced Absa chief onto the global group’s holy of holies, the Barclays Executive Committee. For good measure, Ramos also accepted a board position at giant Swiss based luxury goods firm Richemont.

Von Zeuner would never breathe it but those close to him say he has long been gatvol, a wonderful Afrikaans word meaning “had his fill” So few insiders were surprised when in February he asked to leave the building. The man whom many believe is the glue keeping SS Absa running will become non-executive. With her bulwark about to leave, now more than ever, Ramos needs to lean on the London head office. But with her friend Bob Diamond, his right hand Jerry Del Missier and even the chairman ousted from Barclays this week in the Libor fraud scandal, London will have other things on its mind. Like stabilizing its own lilting ship.

So what to do, Messrs Griffin and Co? Perhaps, instead of treating them like uninformed imbeciles, they could open their ears to the likes of financial analysts like Sanlam’s Kokkie Kooyman. Money managers focus on the bottom line. And know only too well that in the past five years, Absa’s share price has risen a miserly 2%. Even the underperforming Standard Bank’s shares are up 14%; FirstRand has risen 19%. Quiet, focused Nedbank tops the class at 30%.

Barclays’ experiment of appointing its first ever investment banker as CEO ended in tears. Bob Diamond’s successor is certain to be a reversion to type, a retail banker for a retail bank. Once the Absa board joins the dots, they, too, might see the logic of that approach. If they don’t, its UK parent surely will.

• Alec Hogg worked at Absa in 1994 to 1996 as Group Executive: Group Communications.