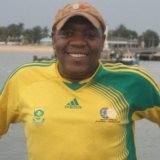 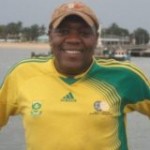 On Wednesday, I published a blog by Dr Rob Smorfitt where he took a swing at the incompetent organisers of an event he drove hundreds of kilometres to attend. Nhlanhla Damoyi (pictured) suggested on my Facebook page that the blog left him with more questions than answers. So he posed them. Here they are – with Rob Smorfitt’s response.

Nhlanhla Lloyd Damoyi’s comment:  The article leaves me with more questions than answers. For instance, who organised the conference, for what and why? Who were these black government lackeys and what makes them to be useless? Who are these experienced black entrepreneurs who also felt shortchanged? As a black entrepreneur, I feel let down by the government bureaucracy and the bank risk averse approach to funding SME’s. But i would not assume people who work in these institutions are useless in all respect if they don’t meet my needs. It is the institutions that requires re-orientation to fund viable business and those with the potential to become sustainable over time. I also believe we can be change agents if we become the change we desire.

1. My understanding was that the conference was organised by Eskom/Bloemfontein Chamber of Commerce (BCC). I was not party to these arrangements. The BCC president may want to comment further.

2. It was supposed to be a SMME conference to assist entrepreneurs.

3. I never stated that the government lackeys were all black although it could be so deduced from the comments.

4. I was a speaker who paid his own costs to travel to Bloemfontein as a favour to the BCC and to make my contribution to our society. On walking on stage I was told that my 45min speech was now a 10 minute speech. BCC advised that this had been applied to the bulk of their white speakers.

5. I was sitting in the audience after my speech and the black entrepreneurs were grumbling. I asked what the problem was. They said they were tired of people using the same old tired Powerpoint presentations which were simply read to the audience and which was simply more promises about what was going to be done to assist them in the future. At the time a government department employee was speaking. They advised that they were not learning anything.

7. I never stated that all government employees were incompetent, but it was plainly obvious that those presenting while I was watching were of little help to anyone. They have Powerpoint presentations that would stymie Einstein – long, boring, read out to the audience like a book, added no value, added nothing new, and presented by people with little to no public speaking ability. I know many competent people in the DTI for example, for whom I have enormous respect.

8. While the institutions are in some ways undoubtedly lacking, the one thing they are not lacking is capital. However, despite the issues within these institutions acting as a blockage to loans, the bulk of the applications are really not up to scratch. I speak from experience at viewing many business plans under a variety of circumstances.

To conclude it is not about race. Race should be unimportant. Knowledge is the key, and if people want to share let them. The problem with our country is race, and since Mbeki it has been all about race (God I miss Mandela). What a load of rubbish. It is destroying the ability of this country to grow its economy, particularly at the SMME level. Most white SMME owners have been mentored and guided into bigger businesses, from very humble and small beginnings. It is time that everyone understand that only the few illegal, immoral and unethical tenderpreneurs are making millions. The rest of the SA SMMEs are not. If they want be tenderpreneurs, they cannot expect financial institutions to support what are essentially illegal activities. If they want that financial support, they really need to start small with real entrepreneurial opportunities that make business sense.

If people want to be change agents, as with all things look to one’s self.