The Oscar Pistorius murder trial has in some ways been a watershed for local media. The high risk decision by Multichoice to devote a channel to proceedings proved hugely successful. It is sure to spawn a multitude of similar offerings. The unprecedented social media reaction has been equally  revolutionary. Digital specialist Gustav Praekelt shares results from his firm’s research into the 1.5m tweets generated around the trial and suggests that after this experience, nothing will quite be the same again. A fascinating podcast. Listen below or download it by clicking here. – AH

GUSTAV PRAEKELT:  Yes, we’ve been doing all the social media and the systems behind social media for the Oscar trial.  It really came out of MultiChoice wanting to do a completely different type of broadcast, really wanting to find out how users/people really experienced the trial, and wanting to not just broadcast the trial but also change the broadcast based on what people were saying, what they were feeling, and how they were responding to the broadcast.

GUSTAV PRAEKELT:  Well, that’s a whole long discussion just there.  It’s very interesting.  People utilise social media and online media differently, based on their needs, demographic situation, and the type of device they have.  We’re currently monitoring a range of social media channels: Twitter, Facebook, we’re also monitoring Instagram, we’re monitoring WeChat, and we’re monitoring online blogs and comments on those.  It’s really fascinating to see how people respond differently and the types of conversations are completely different.  The channel that really works the best for us in this case, specifically because it’s hardly used, is definitely, Twitter.  The types of conversations and the quality of conversations are definitely the best on Twitter.

ALEC HOGG:  What kind of volumes are you seeing? 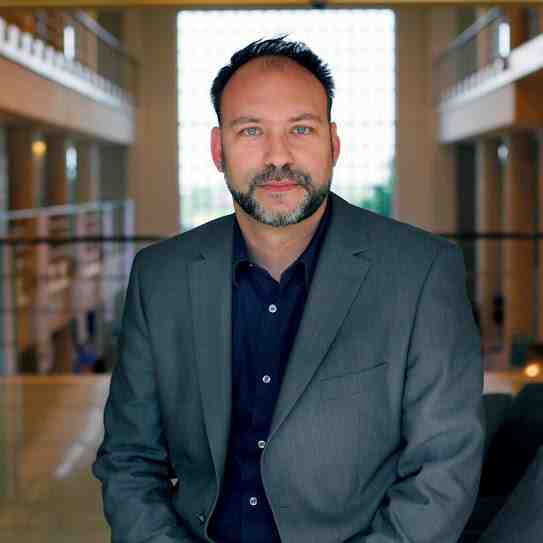 GUSTAV PRAEKELT:  Well, the volumes are off the charts.  We’ve had roughly in the region of 1.5 million posts, which have happened over the last two to three weeks on the trial.  When I say ‘posts’ obviously, we don’t necessarily know when people are doing things like SMS’ing each other about the Oscar trial, so these are just public posts.  What we’re doing is we’re really scanning the Internet and looking for certain keywords.  We’re looking for things like Oscar, trial, Reeva, we’re looking at those keywords and hashtags, we’re filtering them all in, and if we count them all together, that’s in the region of 1.5 million posts.

ALEC HOGG:  How does that compare with, say, the Mandela Memorial, or the Obama inauguration?

GUSTAV PRAEKELT:  Well, it’s really interesting.  You have to look at the geographic distribution.  Certainly, the Obama inauguration was bigger because it’s a big global event and so you have the entire Twitter-sphere of about 500 million people all responding, whereas the Oscar trial is a lot more localised.  There’s a lot of interest from other places in the world, but the interest certainly far outstrips us here in South Africa and the same thing with Nelson Mandela.  It’s because he was such a global icon, certainly, a much more global event than obviously…  Our population is only 50 million people.  However, if you look specifically at South Africa, then this is by far the most engaged event in terms of such media.

ALEC HOGG:  What are they saying?

GUSTAV PRAEKELT:  Everything and it has changed, as well.  The big burst of interest was round about the first week and specifically, the first day of trial.  We also had a lot of global interest in the trial.  That was mostly by discovery for example, people saying things like ‘the trial’s staring today’ and reposting picture of Oscar etcetera.  Over the last the last three weeks, that count has now changed and what we’ve seen now is people discuss much more the content of the trial.  What I found so fascinating – especially in the South African audience – how they’ve really started to engage with the content of the trial, of the legal systems of Barry Roux and the cross-examination, and that’s really fascinating; seeing how the audience has learned over time how the court system works and how the trial is proceeding.

ALEC HOGG:  MultiChoice has a winner here – definitely – in the decision to broadcast this.  It’s opened up a whole new window for people.

ALEC HOGG:  Gustav, how is the sentiment at the moment towards Oscar Pistorius?

GUSTAV PRAEKELT:  It’s such a loaded question.  Maybe I should talk a little bit about how we observe sentiment.  What we can do is we can look at all these words, put them all in a bin, we can look at the 1.5 million Tweets, and then we can do sentiment analysis.  Essentially, what we’re doing is we’re saying ‘is a specific Tweet…are the words positive or negative?’  I really should say it’s a very crude measure of sentiment because it’s very global and remember, it’s specifically to English, too.  When you therefore look at that sentiment and you look at the globe at the moment, the sentiment is pretty neutral at the moment, leaning slightly towards negative, but we have lots of variation in countries.  Certain countries have been negative.  Certain countries have been positive, and I think there’s still a lot of volatility in that sentiment.  I think over time, we’re going to see that sentiment start honing in on a specific sentiment, but at the moment it’s really quite neutral.

ALEC HOGG:  That would be worrying for the prosecution because usually, in a court action when the Prosecution leads its evidence, you feel that the guy is guilty.  The defence then obviously has an opportunity later to rebuff it all.  If it’s only neutral right now, maybe he didn’t do it or maybe he did it in the way he told us.  What’s your feeling?  You’ve been exposed to all of this.

GUSTAV PRAEKELT:  I think I would really be careful to make/draw too many conclusions from the sentiment in those Tweets or at least, the type of conclusions you have to draw.  What’s really interesting is that people respond in very, very real time, so if there’s evidence led in court that day, that hour, you get wild swings of sentiment in that hour.  That sentiment, however, can swing continually through the day and it’s interesting to see that happening.  I think that is, for us, the real interest.  We’re not trying to (and I don’t think the broadcasters and MultiChoice are trying to) say he’s guilty.  Obviously, they can’t say that.  What we can do is say how people are responding to the moment now and really feel the pulse of what people are feeling at that time when Barry Roux is doing his cross-examination.  I think that’s what’s really so fascinating.

ALEC HOGG:  It’s interesting…the point you make that this could change broadcasting, or certainly bring in a whole new era of broadcasting.  What are the applications?

GUSTAV PRAEKELT:  Well, I think there’s a different kind of broadcasting, which is going to start happening now.  For a long time, people have said we have linear TV, which meant people are not going to watch TV anymore because we all have PVR’s, we record the stuff, and we don’t watch ads anymore.  However, what we’ve seen now – and it’s very interesting – is that this new type of broadcast isn’t about just watching the content.  It’s about watching the content with other people and being aware of watching it with other people.  I think that’s where things are going and that’s very interesting because that’s not possible with something like Netflix.  It’s not possible on YouTube to have that shared experience.  It’s not possible to watch the World Cup in real time and have that sense of togetherness online.  I therefore think what’s really interesting, is that broadcast combined with digital tools, so digital tools aren’t replacing broadcast.  Broadcast and digital tools together, are a new type of entertainment – a new type of public discourse.

ALEC HOGG:  Talking about digital tools, you’re a mobile specialist.  Have you been monitoring the differences on how much throughput has been through mobile as compared to desktop?

GUSTAV PRAEKELT:  We definitely see, in general, across all platform obviously, the trend is that things are definitely going mobile.  Most people in Africa…more than 90 percent of people in Africa access social media now, by mobile – Facebook and Twitter – and it’s not really different with this.  Certainly, some people are accessing it via web, but we see the majority of people via mobile and I think specifically also because they are watching television, so they’re interacting.  People aren’t likely to sit in front of their desktops and watch TV at the same time.

ALEC HOGG:  But that is a development, which perhaps hasn’t really clicked on.  From a personal perspective, I’ve been in online publishing for many years and we always used to produce things for desktops.  Now, I’m seeing with Biznews for instance, we have a much bigger mobile audience than a desktop audience, which was most surprising.

GUSTAV PRAEKELT:  Yes, and I think what’s really interesting is the way people discover things.  We should think about that as well.  If we look across a number of different assets that we work with- and we work with many different media publishing houses – we see…  Originally, it used to be every morning.  You open up your web browser, you get to work, you have a cup of coffee, and you’ll go and see certain types of news sites.  What’s happening increasingly now is you are led to content by what other people are looking at, so you look at your Twitter feed first.  This morning for instance, I was looking at my Twitter feed with my cup of coffee and I was looking at the stories, but you were Tweeting and I was clicking through to those things.  The means of discovery have changed.  People’s habit aren’t ‘oh, every week I read the Economist’.  The habit is ‘every morning I look at Twitter’, so I think that drives discovery and it also drives a lot of consumption to mobile because you generally discover and share via a mobile device before you do it on a desktop.

ALEC HOGG:  Just before we close off, you have a fascinating life.  You’re involved with the Endeavour Entrepreneurship program.  Where are you seeing the development of the field you’re in, the mobile field, in the next few years?

GUSTAV PRAEKELT:  Well, I think I have a vision.  The fascinating and the incredibly empowering thing is that my next couple of years – less than five year – every single human being in Africa is going to have a mobile device.  What we try to do in our organisation, Praekelt, is to build the systems to help people connect with information that will change their lives or improve their lives.  Whether it’s information, content, or entertainment, we think that it’s going to fundamentally change society just as the Oscar trial is showing us how public discourse changes, how people can experience things together and control them.  I think in the same way, public information, public services, health information, and education are all going to be disrupted and completely transformed in the next couple of years when they can speak to every person individually, with a mobile device.