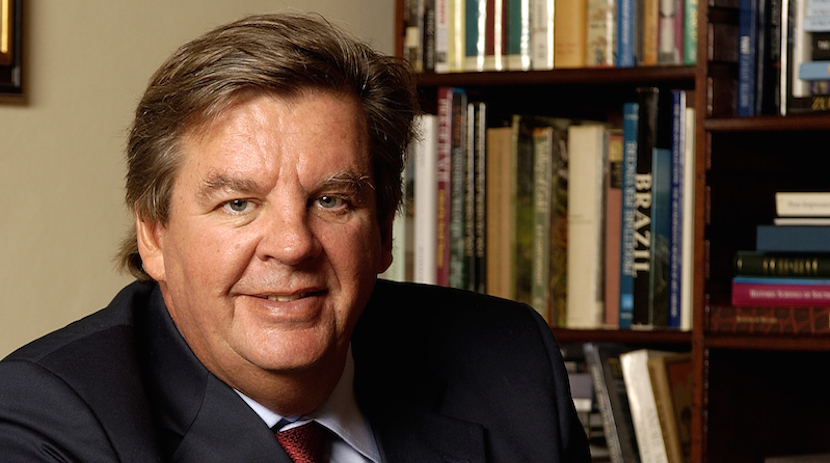 He writes: “I’m not sure exactly what I was expecting – I only hold 507 shares but quite like the company (especially the investment in Outsurance). But as a shareholder I was invited and having recently finished “The Snowball” had some expectation that I would get a few insights into what was going on at the investment company and also possibly learn from the discussion/questions of other shareholders.

“It turns out I was the only shareholder that felt that way…the AGM lasted 30 minutes and I was the only outside shareholder there. No discussion, no insights, just quite a bit of surprise (nervousness?) at my attendance and then a very summarised rehashing of the proposed resolutions and then the vote.

“I was asked if I had any questions… Thinking back now I should have made much better use of the opportunity to engage with management, especially given (FirstRand founders) GT Ferreira, Laurie Dippenaar and Paul Harris were in the room. But I was really so surprised and embarrassed/intimidated that I couldn’t get anything intelligent out. Next year I’ll be better prepared.

“So my question to you is which of the local AGM’s do you think are actually worth attending?”

Alec Hogg replies: Your experience is not unusual. Even though we had around a thousand shareholders, in my decade and a half running Moneyweb we rarely got more than a single outsider at our AGMs. Like RMBI’s they were formulaic and over in half an hour. During my time at ABSA it was more interesting with at least a couple dozen shareholders forcing us into hours of preparation. They did fire questions, but I often wondered whether they were really there for the refreshments – which was certainly the case with the colourful Mr Haden who brought a small suitcase into which he’d sweep piles of sandwiches on his way out.

Best of the local AGMs I have attended was at Nedbank when former CEO Richard Laubser jousted with chairman Reuel Khoza. But that was unusual. As was last year’s Rembrandt AGM where a frustrated chairman Johann Rupert attacked the SA Government on corruption and Eskom.

For a broader picture I asked the pundits – this time a couple of asset managers – for their inputs. They suggested two meetings, both held in Stellenbosch. You’re just too late for yesterday’s Remgro AGM and you’ll need to wait until mid June next year for the next PSG Group AGM. But they are both worth the trip.

Re:CM’s Piet Viljoen is also gathering a following for his annual RECM and Calibre meeting – the closest you’ll get to an SA version of the Berkshire Hathaway AGM in Omaha. Piet’s gathering is held in late August in Cape Town and, as with Berkshire, the highlight is an extended Question and Answer time. Viljoen says both the Remgro and PSG events are also worth attending.

Northstar’s Adrian Clayton agrees with those two and offers a few more: Richemont – “interesting for what Johann Rupert says about the global economy”; Shoprite – “always fascinating due to the thorny issue of director remuneration”; Sasol – “PIC and BEE issues add spice”; and Discovery – “usually challenges to its offshore expansion.” Clayton says like other professional investors Northstar usually votes via proxy but his team will; attend the AGM “if we are concerned about something in particular about a company and they refuse to listen – such as strategic direction, poor capital allocation, share repurchases and a biggie is management compensation.”

36One’s co-founder Cy Jacobs is also not surprised that Doug found the RMBI AGM to be a non-event: “These days many are just that. The Western Cape seems to have more lively ones, especially PSG and their group of companies. We hardly attend any nowadays unless we are trying to serve a corporate action purpose, propose some kind of change, or to strongly vote against something we believe is unjust.”

Allan Gray portfolio manager Duncan Artus encourages Doug to return to the same AGM next year – and have his questions ready for the FirstRand founders. Form his side: ” Normally we don’t attend meetings in person unless there is some reason to and then it would normally be a general meeting. I do know the Stellenbosch ones tend to be more of an occasion – PSG and Remgro. These days you can access a lot on the company websites but my general observation would be the only AGMs to attend are where there is something controversial on the agenda.”

Which is all very sad really. Because, like democracy, capitalism only really works when those who have a stake in the system exercise their rights.

I can recommend the Capitec AGM’s. Always well attended with lots of good info, not mentioning the variety of interesting venues around Stellenbosch and the great refreshments.