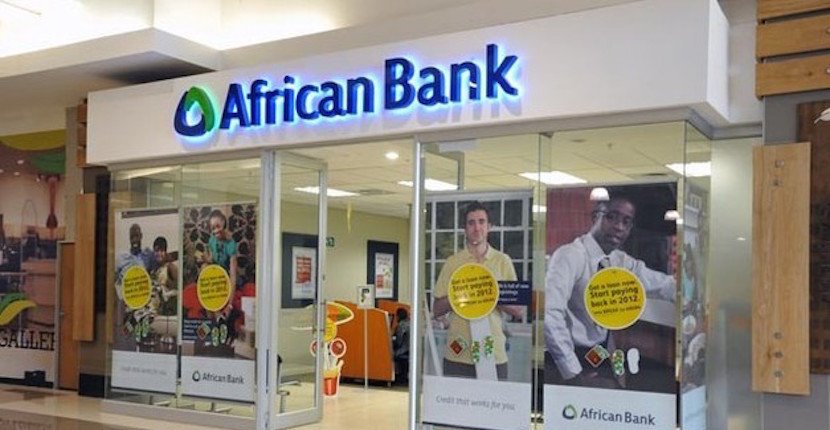 African Bank Ltd, the unsecured lender that collapsed almost two years ago after needing to raise R8.5 billion relaunched itself on 4 April 2016 after 20 months of curatorship. The new African Bank has a formidable clutch of shareholders including the SARB, the PIC and 6 big banks. They also have a new management team and an increase in strategy which extends to transactional banking and the selling of insurance products. There are many vested interests needing this venture to succeed. Meanwhile retail investors and the South African asset management community have learnt some hard lessons from ABIL’s demise. Olga Contantatos, Head of the Credit Process at Futuregrowth Asset Management explains. – Candice Paine

Hi, this is Candice Paine for Biznews and I’m sitting with Olga Constantatos who is Head of Credit Process at Futuregrowth Asset Management. Today we are speaking about the new reincarnation of African Bank Ltd. As many of you will remember, the unsecured lender collapsed almost two years ago, after needing R8.5bn to survive. At that time, the South African Reserve Bank stepped in and split the bank between the good bank and the bad book. The shareholders lost everything and the bondholders are able to recoup some of their investments. Olga, can you tell us what the new African Bank looks like?

Okay, so we have a new African Bank with the old, existing investors. What does that mean for Pension Funds that may have been holding African Bank debt or Money Market instruments at the time of the curatorship?

There were three types of debt in African Bank. There were senior claims, subordinated claims, and the offshore debt. Those three have been transferred into similar claims – senior, subordinated, and offshore. If you had a senior claim in the old African Bank, you have now have a new senior claim in the new African Bank. Similarly, with offshore, etcetera. I’ll talk to the senior bondholders mainly because that’s really, where our exposure and our experience lies. What happened for the senior bondholders is that for every R100.00 that you as an investor may have had invested in African Bank Senior Notes: that R100.00 was effectively swapped into R80.00 of a new instrument in a new African Bank. You were given R10.00 cashback and you effectively took a R10.00 write-off. There’s a new instrument sitting in the new African Bank. Subordinated shareholders took a much bigger loss.

As I said, Senior took a ten percent loss and subordinator took over 60 percent loss. What has happened in the new bank now is that the new instruments are earning you a rate similar to what your old instrument was earning you. Given the change in economic circumstances, the fact that it’s a new bank, and that there isn’t really a track record, they are still servicing a sector of the market that is feeling strained in terms of the economy and unemployment. Interest rates have gone up so all those factors (for us) point to an inclination that the new notes should have perhaps been issued at a higher rate. We should have been rewarded more for that risk.

What about the new bank’s intentions to break into new markets through transactional banking and selling of insurance products, etcetera?

That’s one of their risk mitigation techniques. One of the problems with the old African Bank is that they really, only did one thing and that was unsecured lending. In the genesis of new African Bank, what the management team has decided is to branch out, diversify their income stream, and in that way, try and reduce the risk of African Bank.

What has happened to the new debt? Has it traded at all?

No. There’s been a little bit of trade in the offshore bonds but so far, in the local senior and subordinated bonds there’ve been no trade.

Out of this, there’s definitely been lessons for retail investors. What would you say they most important points are that investors should take away from this bank failure?

I think it’s important that investors know that banks can and do fail. They are no risk-free investment and when they do fail, investors will suffer losses. As we saw with African Bank, senior note holders suffered a ten percent loss and subordinated bondholders suffered an even greater loss. As a retail investor, you might think that doesn’t necessarily affect you but it does. If you had money invested in a Money Market Fund and that Money Market Fund had invested in African Bank notes, you would have experienced the loss depending on how diversified that fund was. You would have experienced that ten percent capital write-off in the senior notes and even more in the subordinated notes. The magnitude of your loss would depend on how diversified the fund is, but you can and do suffer losses. As a retail investor, it’s important to remember two things.

(1) Make sure that the funds you invest in are well diversified. (2) You need to make sure that you are being adequately rewarded for the risk you are taking on. Banks have always had risks but I think people are now more aware of the fact that they have risk, and that you are now compensated in the interest rate that you receive for the risk that you’re taking.

In terms of the premium that you would have received on the yield from Abil at the time, what would the responsibility have been around the asset managers who actually invested in Abil to the retail investor? Was that adequately compensating you for the risks that eventually turned out to be in that investment?

I can’t talk for other asset managers but I know that for us, what we identified quite early on (some two years before African Bank went into curatorship) was that the risk profile of the bank was increasing. One of the strategies that we took was to (a) reduce our exposure (and quite significantly, it went down from 4bn in November 2012 to just one 1bn at the time of curatorship), and so we significant reduced it. (b) For the exposures that we were getting and that were new, we were demanding a higher premium for them to compensate for the increased risk profile of the bank. That increased risk profile was informed by our analysis of the bank itself. We saw them making much bigger loans. We saw them, making loans over a much longer term. We saw their book growing at a very rapid rate. We saw their provisioning policy, which wasn’t as conservative as some of their peer groups.

For example, Capitec stopped provisioning against their book at the first missed payment whereas African Bank was waiting for four missed payments before they were making provision. For us, all those things were pointing to an increased risk profile. We then required an increased premium but to the extent that we’d locked in rates for an instrument two or three years previously. We were obviously locked into that. Certainly, for new investments we were demanding a higher premium.

In light of the new African Bank with the new management team and the new strategy: if Futuregrowth weren’t already investors in the debt, would you be buying into it now?

I think the question would come down to what rate we’d be getting to invest at the moment. I think that we still can negotiate a compromise that resulted in the new bank and the new instruments transferring over, the rate at which the new instruments are earning for investors, we don’t believe is adequate. Depending on what new instruments come to market and get issued, we would have to do an analysis around the risk and reward metrics and make sure that we were being adequately compensated. I think that the lack of track record of management would weigh against them, as would the economic environment, as would the competition that they would be facing in going into these new markets. For example, transactional banking: there are already established players so those would weigh against them.

On the plus side however, they also have a lot of capital. They have a lot of support from some very big entities like the SARB, the PIC, and the Big 6 banks – all incentivised to make this work. Their exit as shareholders is reliant on them being able to relist this entity in few years’ time and obviously, they can only do that to the extent that it’s successful.

Olga Constantatos, Head of Credit Process at Futuregrowth Asset Management, thanks for your time today.