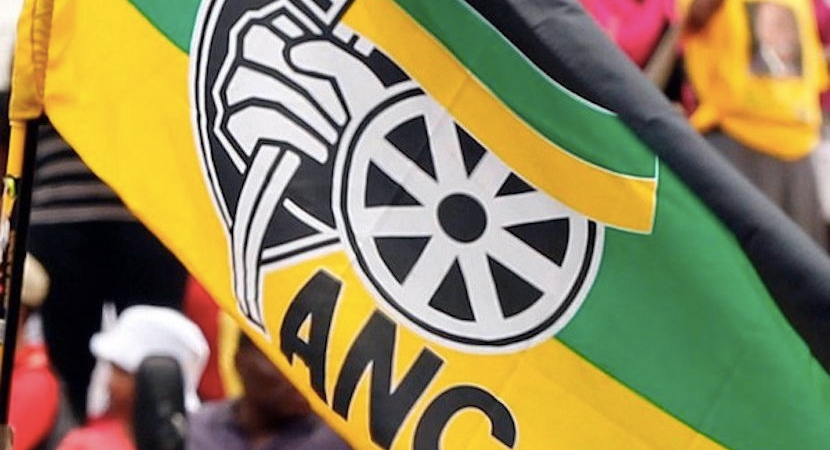 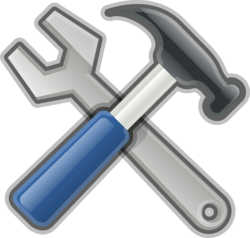 Slowly, from the seemingly banal commuting challenges of the Cape-Flats-residing female staff at his Rondebosch old age home, Ed Herbst unpeels layers of consequence to finally expose a rotten core in a land where maintenance is the equivalent of an exotic fruit. The outside peels seem fairly thin; cable theft, fencing surrounding national key points, lack of on-board train security – although the consequences impact profoundly. But they soon get thicker and more putrid; for example, broken and mothballed new navy vessels and former state-of-the-art fighter jets. The rotten core is the government responsible for appointing police chiefs either with criminal records or who soon end up on criminal charges – or spending millions in taxpayer rands defending the indefensible, and the deployment of incompetents to head every crucial service delivery institution you can think of. When the tree carrying the decomposing fruit is infested with wood-rot, it’s little wonder the larder is fast growing bare. With every passing year, we have less capacity to protect our precious marine resources, run our trains, keep the lights on, process the sewage properly, keep water clean, prevent buildings from falling down around civil servants…in a word; decay. – Chris Bateman

Modern political parties do not ‘deploy’ people to seize the commanding heights of the economy, control the public service, hijack the judiciary and dominate the cultural and sporting life of the country. Totalitarian states do that.

This means that the state left by Mbeki is currently incapable of underwriting the establishment of a truly successful modern state. Despite all the macro-economic successes and the credit-led economic boom of the early 2000s, the reality is that the institutional and physical core of the country is withering away, and has been for a long time. It is as simple as that. – Brian Pottinger The Mbeki Legacy (Zebra Press, 2008)

On the evening of 14 March, the female staff of the old age home where I live left for their homes on the Cape Flats, catching the train at the nearby Rondebosch station.

This is always a tense time because the trains are overcrowded and the concept of ‘women and children first’ comes second to ‘every man for himself’.

They live in dangerous areas where the sound of gunfire is routine and everyone knows someone who has lost a loved one to narcotics-related gang violence.

For this reason they have long-standing arrangements with specific taxi drivers who wait for them at stations like Retreat and Heideveld.

Their safety depends on the trains running on time because if the trains are late the taxi drivers take any passengers available and they are left in the cold and darkness to await their return.

On that night the train carrying them stopped between Retreat and Heideveld and then, without any explanatory announcement on the public address system, started to reverse.

As they explained the next day in that delightful Cape Flats patois which is so dear to my heart:

(The young men jumped from the moving train and helped the middle-aged and elderly women to alight.)

This has gone on for years and cable theft is blamed – but what of entire trains being torched on Cape Town station?

The economic and financial consequences for Cape Town are dire – lost production time, lower worker morale and increased tension on the factory floor. The local chamber of commerce has articulated these concerns for years – to no effect.

(Lest you, in your quiet desperation, mutter ‘Naught for your comfort’ let me remind you, however, that Lucky Montana, to provide you with the necessary comfort in those moments of quiet contemplation, thinks nothing of spending R600,000 on a toilet seat.)

When I was knee-high to a baby grasshopper there was a specialised unit called the Railway Police and no trains were torched but it, along with the Scorpions and the Child Protection Unit, are just a memory now.

The only beneficiary of this daily train sabotage is the taxi industry and the obvious question is, ‘What are the police doing to bring the perpetrators to justice’?

The same question is often asked by the bereaved kith and kin of the routinely-murdered Somali shopkeepers in Cape Town because, to my knowledge, nobody has ever been jailed here for the murder of a Somali shopkeeper.

Nhleko is also going to spend more money – yours and mine – to appeal the decision by the North Gauteng High Court to set aside the appointment of Berning Ntlemeza as head of the Hawks. Is it that Luthuli House can’t find anyone who is not tainted or does it consider being tainted a necessary rite-of- passage CV pre-requisite for becoming a deployed cadre?

The ANC’s Tsunami of Sleaze just goes on and on and you begin to understand why Nhleko’s predecessor, Nathi Mthethwa – the man who has a protective wall built around his home which was financed by a police slush fund – spent millions in legal fees (your money and mine) to successfully delay the sitting of the O’Regan Commission of Inquiry into policing conditions in Khayelitsha by a year.  Then, along with those pillars of political rectitude, Riah Phiyega and Marius Fransman, he decried its excoriating findings as being politically motivated.

But it is not just the police force in Cape Town which is coming apart at the seams after two decades of malevolent snouting by the ANC – coupled with indolence, incompetence and repeated examples of cruelty – it is the navy as well.

According to a Bobby Jordan article in the Sunday Times of 19 March:

Backlogs and budget cuts mean the navy in Simon’s Town has to scrap about 25% of its vehicles. The South African Navy is becoming a scrapyard — of both vessels and vehicles — amid massive budget cuts and questionable maintenance deals.

As many as 400 naval vehicles — about 25% of the fleet — are being scrapped, due largely to a dire shortage of spare parts at the navy’s transport workshops.

It also emerged this week that the navy — already unable to fill 2 000 staff vacancies — may have to shed a further 600 jobs, casting doubt on its ability to protect South Africa’s 4 000km coastline and 1.5 million square kilometre exclusive economic zone.

When, in the early 1960s, as a citizen force conscript, I patrolled the perimeter fence at night of a vehicle park at the military base in Voortrekker Hoogte, I pondered why anyone in Pretoria would want to steal the high-mileage but otherwise well maintained Bedford trucks it contained. It never occurred to me back then that, decades later under the ANC, the fence itself would be stolen.

By 2011 half the boundary fence around the Naval Command Centre at Silvermine – a National key Point – had been stolen or had collapsed and the ANC, renowned for its resolute commitment to preventative maintenance, did nothing about this.

This, in turn, resulted in five kilometres of copper wire being stolen from Silvermine and the Centre was then unable to provide radio communication support to the SA Navy.

Furthermore, weapons are now being stolen with ease from the Simon’s Town navy armoury.

Jordan wrote: Two of the arms deal frigates have been cannibalised for parts to keep the other two semi-operational. The SAS Mendi has been tied up since December 2011, and only the SAS Amatola has had a meaningful refit — at a cost of at least R400-million. The navy funded the refit out of its operational budget. Sources say it could cost as much as R10-billion to get the frigates fully operational.

Our Arms Deal submarines, like our mothballed Gripens, are also the stuff of tragi-comic farce.

The SAS Queen Modjadji was casually piloted into the ocean floor during a 2012 training exercise.

We’re still paying off the R8 billion we spent on the submarines one of which, the SAS Manthatisi, has experienced several ‘challenges’. These included a damaged steering mechanism in 2007 when it was piloted with panache and insouciance not into the sea bed but into a quay and having its electrical system fried after a power cable was incorrectly plugged into the wrong socket. When all else fails read the instructions and this minor ‘challenge’ required its batteries to be replaced at a cost of R35 million.

You couldn’t make this stuff up but, under the Despot’s Democracy, your worst nightmares become a reality.

I am sure, though, that the bravest of the brave MK cadres, the politically-connected  Kebby Maphatsoe, who is allegedly a man of many talents besides cooking and going AWOL, approves.

All the ANC has to discount this pervasive ‘Good story to tell’ narrative of theft and incompetence – from Prasa, to PetroSA, from Sassa to Simon’s Town – is Penny Sparrow. Ask Derek Hanekom, he’ll tell you.

As Pottinger put it:

The discourse between white and black did not soften in the Mbeki years – it hardened, became more exasperated, vitriolic, divisive, zero-sum and entitlement-driven, always reaching to the past for justification or explication. It had none of the vaunting generosity, enthusiasm and inquiry of the earlier year’s democracy. With it, inevitably, came high-level corruption.

How long will it take this country to rid itself of the ANC albatross?

How many generations did it take the Afrikaner nation to go from the hurt and the hate – promulgated from both political platform and pulpit – of the Second Anglo-Boer War with its 28 000 women and child victims of the British concentration camps and the state-sponsored torching of their farms to the stage on 17 March 1992 when two thirds of the whites in this country turned their backs on apartheid and left Marthinus ‘Kortbroek’ van Schalkwyk to take the rump of the National Party into the ANC where they truly belonged and felt completely at home?

In return, van Schalkwyk demanded his symbolic thirty pieces of silver – a seat in parliament –  and the ANC was happy to oblige because this gave the party of Chancellor House control of the provincial legislature in the Western Cape and the Cape Town municipality.

This provided the party’s deployed parasites with the opportunity to drive out more than a hundred white managers in the municipality alone – because they were white – and loot more than R2 billion in tender scams which, in turn, must have pleased Tony Ehrenreich.

The ANC then showed its gratitude to van Schalkwyk for generating this extra income by making him our ambassador in Greece.

And that about sums it up, doesn’t it?