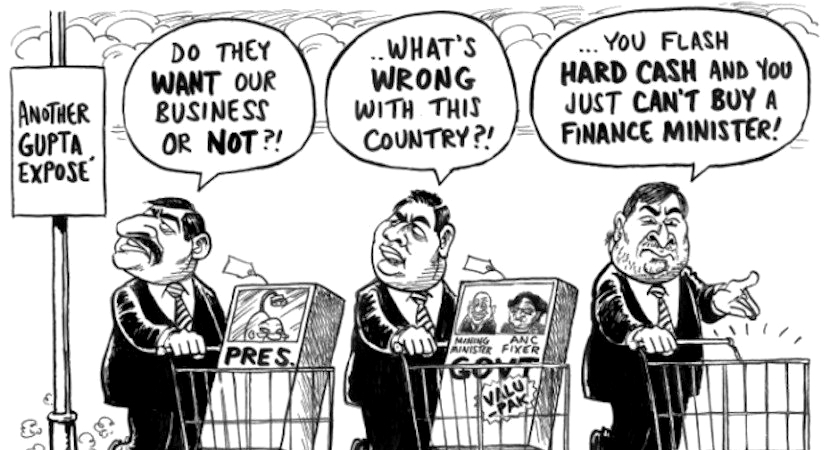 You have to shake your head at the wide-eyed hypocrisy of companies like KPMG, McKinsey, SAP and now HSBC now that their facilitation of Gupta criminality is being exposed to the world.

These multinationals knew full well how these noxious crony capitalists extracted their ill-gotten gains. Their SA execs consciously chose to become part of the problem, with the head office taking a “when in Rome…” approach that this was the only way to do business in Zumaland.

I was reminded by yesterday’s tweet from erstwhile colleague Julius Cobbett that it was seven years ago that the Guptas injected themselves into Arcelor Mittal’s proposed Black Economic Empowerment transaction where they stood to reap a hefty R800m dividend. The deal’s roots lay in the Gupta corrupting of a DMR official who granted them part of a functioning iron ore mine’s mineral rights.

The Guptas and their associates deserve every drop of bile now being poured over them. But so too do the multinationals which facilitated their thievery. Because how on earth is a small sovereign nation going to clean up its business if foreign Goliaths participate where locals shy away?