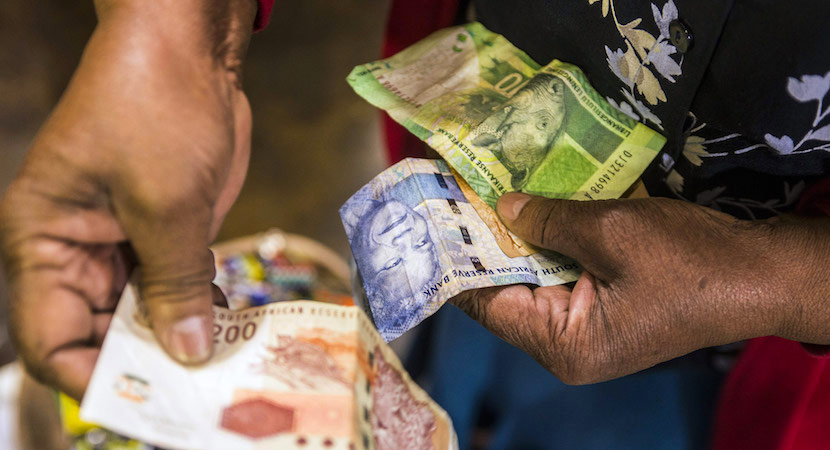 CAPE TOWN — A lean, efficiently-mean, growth-inducing government machine is one thing, but an ANC conversion to outright capitalism along the lines of Margaret Thatcher’s Britain in the 1980’s might be quite another. Whatever the outcome of Cyril Ramaphosa’s expected sweeping changes, Free Market Foundation non-executive director, Phumlani Majozi’s analysis below is on the correct side of the economic growth spectrum. It’s an open question as to whether the ANC would ever privatise State Owned Enterprises, as suggested here. That they should in order to halt dysfunction, corruption and the further haemorrhaging of the fiscus is a no-brainer. But whether a socialist government and averred developmental state would forfeit the potential kudos that reformed State-linked national service providers can bring is probably unlikely.  Should, could, would and similar verbs prescribing, demanding or speculating are not particularly helpful. Yet, how else are we to debate our future if not to imagine it?  – Chris Bateman

Now that Cyril Ramaphosa is the president of the African National Congress (ANC), questions abound on how he will steer South Africa’s economy going forward.

At the moment, the economy is trapped in serious trouble – low economic growth, high unemployment, poverty and rising public debt. Radical pro-market reforms are needed to get this stagnant economy back on track – to levels necessary to accelerate economic growth and job creation.

One of the great leaders of the 20th century that Cyril Ramaphosa could look up to, on reviving South Africa’s economic productivity is Britain’s first female Prime Minister – the Iron Lady, Margaret Thatcher. She was in office from May 1979, to November 1990.

Thatcher, during her time, was one of the fearless leaders who strongly and passionately believed that lasting prosperity can only be brought by the private sector driven economy. That the government’s interventionist role on the economy ought to be as limited as much as possible.

Margaret’s set of policies and approach to reforming Britain’s economy was named Thatcherism. “At its most crude, Thatcherism represents a belief in free markets and a small state. Rather than planning and regulating business and people’s lives, government’s job is to get out of the way.”, BBC News wrote in 2013.

There was never a time Thatcherism was more needed post-1994 in South Africa. With South Africa’s state-owned enterprises mired in political scandals and in billions of losses, dismal educational outcomes and repressed business growth, surely this is the time to reverse the role of the state on the economy.

As the size of government expanded under Jacob Zuma, spending rising, public debt surged to more than R2 trillion – which is more than 50% of South Africa’s gross domestic product (GDP). According to finance minister’s recent medium term budget speech, this debt will rise to R3.4 trillion by 2020 – which will be 60% of GDP.

Looking at the above graph, it is clear that South Africa’s government, under Jacob Zuma, has had a very high propensity to spend.

This high propensity to spend is not good, given the fact that only about 6 million people pay income tax in the country. Because of this very small tax base, government is searching for other sources of tax revenues in order to finance its expenditure and overcome the budget deficit – such as fuel levies, VAT (value added tax), sugar tax and other forms of taxation.

In a piece published on Business Day, Brian Kantor, a chief economist and strategist at Investec Wealth & Investment, argues that “The way forward is for the government to spend less, especially on the benefits provided to the nannies employed by an increasingly nanny state, who thrive on an ever-growing but largely dispensable tide of regulation that inhibits production and employment.”

Mr. Kantor is right, government needs to cut spending in order to balance the budget, avoid repressing the economy, and achieve a budget surplus. The size of the costly big government must be reduced.

These spending cuts and cost-savings would be fitting in an environment where the government is spending billions of rands in areas such as education, with dismal results. And where billions are spent financing failing government-owned businesses.

But the cuts would have to be accompanied by significant structural reforms in order to make a lasting positive impact on South Africa.

These structural reforms have to include privatisation of state-owned enterprises – which would remove the strain on budget resources, save costs, and direct the funds to needed development initiatives. Massive deregulation would also encourage business growth – and productivity.

Margaret believed in individualism – not in state control and central planning. Ramaphosa needs to embrace these values if he’s to move South Africa forward.

There’s some to criticize about Margaret Thatcher’s policies – as Rana Foroohar did in a TIME piece published on April 2013. But the fundamental thing that Ramaphosa can take from Thatcher – is the commitment to limited government – reversing the size of the state and its role on the economy.

Because we have seen the damage the ever-expanding state has done on South Africa’s economy under Jacob Zuma. We mustn’t go down the same route again.