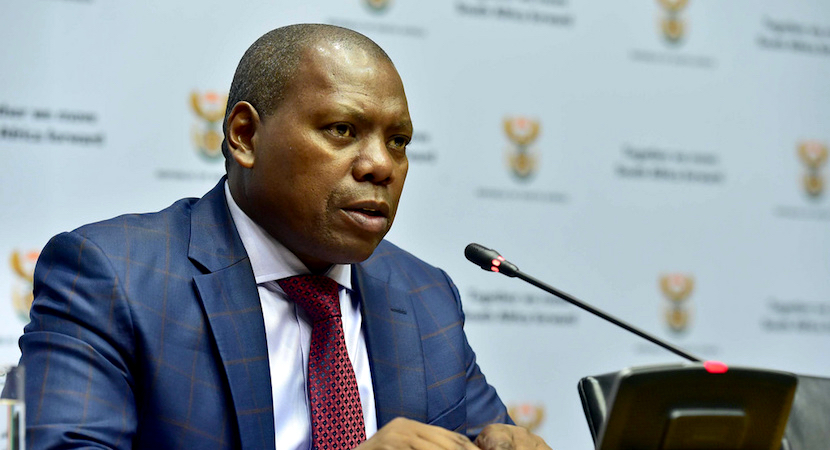 JOHANNESBURG — The land debate in South Africa twists and turns by the day, creating a level of uncertainty that ultimately will need to be dealt with decisively by Parliament and President Cyril Ramaphosa. While nobody disputes the need for land reform amid South Africa’s unequal past and present, it’s the way in which it should be done that is up for debate. In this interview with Bloomberg, Zweli Mkhize says now is the right time for land expropriation without compensation to take place. He also says, quite rationally, that black anger will build in South Africa if this issue isn’t dealt with properly. It all sounds reasonable. But one then has to question why Mkhize was quoted on the weekend as saying that traditional leaders’ land, such as that under which the Ingonyama Trust, will be left untouched if EWC goes ahead? The likes of the Ingonyama Trust have been heavily criticised for rendering inhabitants on its land as ‘serfs’ who are at the mercy of traditional leaders. Surely then, land reform must be implemented in a uniform way that sparks egalitarianism and empowerment while giving people title deeds, an asset and an economic kickstart. – Gareth van Zyl

(Bloomberg) – South Africa’s ruling party has decided to push for the right to seize land without compensation for redistribution to black citizens because it feels that the time has come for the 24-year old democracy to tackle an issue that divides the nation once infamous for a legislated system of racial segregation, a leading politician said.

An earlier attempt to take land without paying for it could have jeopardised investor confidence in the economy in the sensitive years after the end of white rule while waiting further could stoke anger in a country where more than a quarter are unemployed and inequality rates are among the highest in the world, said Zweli Mkhize, the minister of cooperative governance and traditional affairs.

“You want to try a middle road,” he said in an interview at Bloomberg’s Johannesburg office on Friday. “Today if you don’t talk about land, you stand alone.”

Land and the access to it is one of the symbols of inequality in the nation of about 56 million where wealth and poverty are largely divided along racial lines. Today white people own almost three quarters of South Africa’s agricultural land, according to a land audit by farm lobbying group Agri SA, down from 87 percent during the segregation system known as apartheid.

“If we don’t raise it now, we’ll never have time to,” said Mkhize, who is also a member of the African National Congress’s top decision-making executive committee. Land ownership, health and education are some basic things that people require and “if you don’t provide that, it doesn’t matter who you are, you get out of power.”

The ANC, which has led the country since Nelson Mandela became its first black president in 1994, decided at a December conference to pursue expropriation without compensation to speed up giving black people more land. In February, lawmakers started the process to change the constitution to allow for that and public hearings on the matter kicked off last week.

“One mistake that we must never make, is to trivialize the issue of the land and the sensitivity around it,” Mkhize said. “The two biggest problems or threats this country has are white fear and black anger.”

The ANC will contest national elections next year in the first ballot since the opposition won control of several key municipalities, including the biggest and richest city, Johannesburg, and the capital, Pretoria, in 2016.

Former President Jacob Zuma’s scandal-ridden nine-year tenure, which ended in February when he resigned, cost the party some support. The decision to change the constitution brings the ANC closer to the populist Economic Freedom Fighters party, which has won support from young voters in impoverished townships by vowing to nationalize everything from land to banks.

The ANC does not plan to put all land under the control of the government and believes in a mixed economy, Mkhize said.

President Cyril Ramaphosa has said land reform is urgently needed to address skewed patterns of ownership, but must not harm agricultural production or the economy. He seeks to raise $100 billion in new investment over five years to boost economic growth and bring down a 27 percent unemployment rate.

“The land was taken through bloodshed,” Mkhize said. “Redistribution must take place through the constitution and the law.”

While the main opposition Democratic Alliance, farmers’ groups and ratings company Moody’s Investors Service have warned uncertainty around the planned changes to the constitution could deter investment, Mkhize said the move will have the opposite effect because it can ensure stability.

“We don’t want to sit here and get South Africans burning everything here because they want issues resolved, but we are worried about an investor over there,” he said. “You don’t help that investor if this country is burning. If you get to stability, every investor will come here. If ultimately someone can’t deal with us because they don’t like our constitution, too bad.”