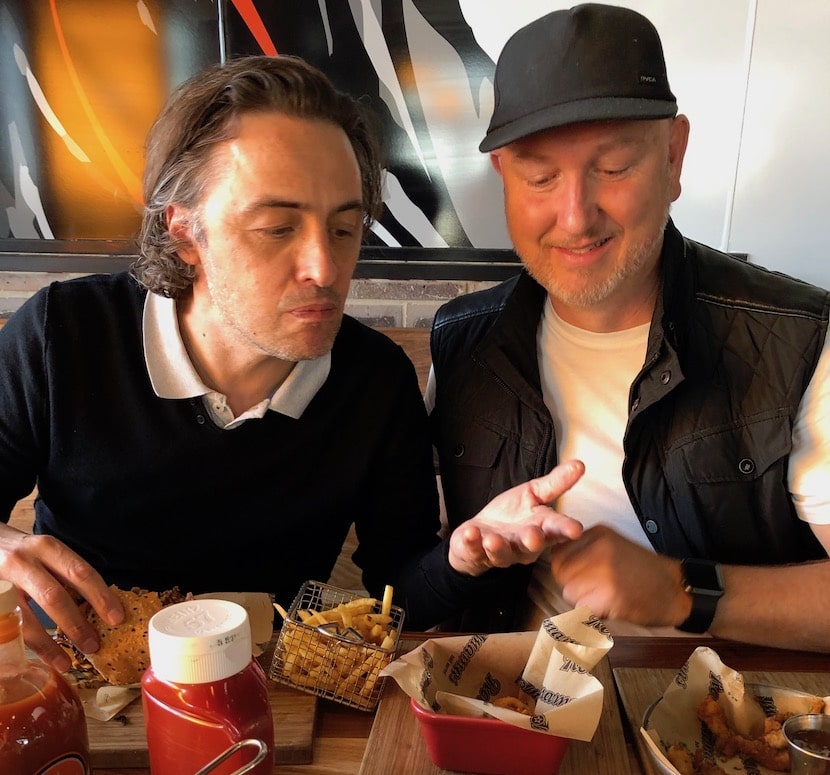 Moving continents isn’t for sissies. But household responsibilities took a back seat after an invitation to lunch with RocoMamas founder Brian Altriche at his resident table in the Malibongwe Road outlet where it all started. As a bonus, we were joined halfway by his business partner, lifelong buddy and co-founder Paul Dempsey.

The two pals who created the most exciting restaurant brand since Nando’s, are talented musicians who played professionally internationally. They clicked after meeting as rebellious teenagers doing their last two years of school at Damelin College – Altriche after being expelled from Mondeor High; Dempsey, son of famous songwriting father Terry, via a similarly turbulent route.

After matric they decamped to California – initially to avoid SA’s National Service – only returning home once the apartheid era conscription laws were abolished. The duo joined up again to test Altriche’s smashed burger and ribs idea in the heart of middle class Randburg, a site selected from three dozen options. It took them nine months of hard work before they could draw salaries.

Three years after opening Malibongwe’s doors they sold control to Spur (Altriche kept 25%, Dempsey 5%) putting rocket fuel into the expansion plans. Now, less than six years since Day One, there are 85-stores, 14 of which are outside SA. The two of them still hang out in the first outlet, now a “testing store” for the franchise, Altriche as CEO and with a seat on Spur’s executive committee. I’ve called the interview an entrepreneurial masterclass. Simply inspirational.