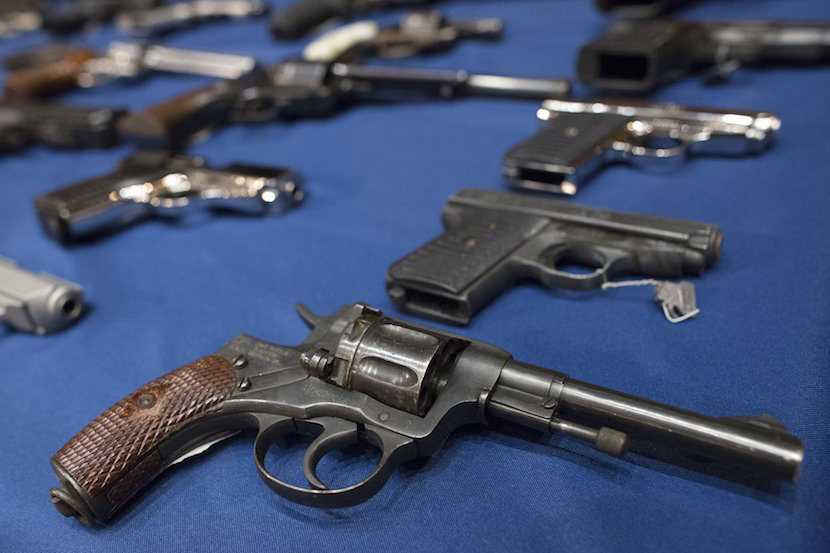 There’s a book waiting to be written about the new South Africa and I’d suggest a title; Unintended Consequences. This deeply-felt piece, written in his own capacity and not as the chairperson of the South African Arms and Ammunition Dealers Association, flirts with the concept, though Jonathan Fouché believes not all the consequences we live with are unintended. He outlines a series of ineptitudes and a deliberate ideology that favours a command economy where the ANC dictates every single aspect of our lives. The ruling party has introduced a thicket of fine sounding policies whose impact on the economy and lives of the most disadvantaged are profound. They cost the economy billions, mortally wounding the tourism industry. In a similar vein to his argument about restrictive and poorly-considered new arms regulations and laws, I’m aware of how so-called environmental legislation on alien species, specifically as it affects trout and the billion-rand fly-fishing industry, has impacted. Instead of preserving the ecosystems that sustain trout and other freshwater fishes, officials are hell-bent on curtailing a species that has been here for over a century, with little or no proof of any harm it’s caused. Fouché posits similar economic arguments around hunting. – Chris Bateman

I have felt for some time that the abysmal service from the Central Firearms Registry (CFR) was not incompetence. Simply put, no one can be that incompetent. All the ‘higher powers’ that we appealed to for assistance, before going to court, also ignored us. This includes:

I have mulled over this for some time, and recently realised that the onslaught against firearms really gained momentum in early 2018, just weeks after Cyril Ramaphosa was elected president of the ANC. It was end January 2018 that Gen JJ Bothma was hustled out of CFR and replaced by Gen Mamotheti and Co. My sense of Ramaphoria is over.

Shortly before the 2019 Elections, Fred Camphor (president of SA Hunters) posed a question to President Cyril Ramaphosa about his view on the future of firearms in South Africa. Possibly caught unawares or unprepared, Ramaphosa referred to Vietnam in his response. I couldn’t quite see the relevance in his answer, perhaps many of us couldn’t.

I’ve just read a book called People’s War, by Anthea Jeffery (Head of Policy Research at the Institute of Race Relations, a think-tank promoting political and economic freedom) and this helped crystallise much of the ‘lack of action’ we’ve seen from Ramaphosa after Zuma was given the boot. Ramaphosa says what we want to hear, but does nothing tangible. As described by Jeffery in People’s War, the ANC used this propaganda tactic ultra-successfully to gain power in South Africa – saying what we (and all of the ANC’s opposition) want to hear, but doing whatever they (the ANC) wanted to. The ANC strategy to dominate South Africa was based on lessons learned in Vietnam, where the North Vietnamese defeated the might of France and the USA. The Vietnamese success was based on a formula developed by the legendary strategist General Vo Nguyen Giap (commander of the North Vietnamese Army), and this was passed on to the ANC in October 1978 when an ANC/SACP delegation visited Vietnam for instruction on how to fight and win a People’s War.

I won’t recount the book here, but do suggest you all read a copy to better understand just what we are up against. Coincidentally, I read another book about Vietnam earlier this year, The Devil’s Guard, and this independent version of events in Vietnam corroborates all of what Jeffery describes as part of the tactics developed in that People’s War.

How many of us remember the violence of ‘the struggle’ in South Africa in the late 1980s and early 90s? Who remembers necklacing? I thought I did, but I did not nearly comprehend the extent of the violence of the time. The reality of the decade of political violence leading up to the 1994 Elections left over 20,000 people dead. Most of this violence was not black on white – the struggle against Apartheid. It was black on black – the struggle for dominance in South Africa. The ANC won (both).

But where in South Africa does the ANC not dominate right now? Western Cape, PE, KZN (and perhaps parts of Gauteng). This past weekend, just as I finished reading People’s War, the Sunday Times front page was dedicated to the violence in Cape Town – the world’s most dangerous city. Similar violence is happening in PE and KZN – all reminiscent of the late 80s and early 90s. This violence destabilises those regions, de-legitimises those ruling there, and builds a climate where the population just wants a change. Ostensibly gang-on-gang, the ANC-controlled SAPS does nothing effective to fight this (according to the article). One might almost imagine they enable it…

But this message in not about politics, not about black vs white. It’s about the war we are (unwittingly) engaged in, the war that the ANC did not halt in 1994. They just paused and consolidated; allowed the World (and many of us) to relax and breathe again. All the while, for the past 25 years, the ANC was and is taking control, ever so incrementally, in all spheres. They don’t win everywhere, every time, but their strategy allows them time to try and try again.

The guns we love, use, buy and sell are an obstacle in the path towards the ANC’s total control. Let’s consider some of the recent ‘issues’ that are making guns so much harder to own:

The bottom line is that the ANC core (the NEC) has an unwavering ideology that is taking South Africa incrementally, as Jeffery describes, from Capitalism through Socialism, to Communism. They are following the concept of boiling a frog by increasing the temperature of the water so gradually that it does not jump out. The ANC is making incremental changes in South Africa so that we – the people – don’t jump up and down (too much). This ideology cannot be reasoned with, nor will logic prevail.

The National Arms and Ammunition Collectors’ Association (NAAACSA), for example, previously used logic with some success but I believe that a reasoned approach cannot work anymore. The changes and challenges we face are not trying to fix something, or address any problem, although they would always be couched that way. It is simple ideology, and guns stand in the way of that ideology, so guns must be removed. Zuma was distracted with lining his pockets, but Ramaphosa has upped the ante.

We (the gun lobby) need to learn new tactics on how to fight this war and I suspect that the private security industry and the many new black gun owners will be key to that fight. More than anything, we need a paid team to support a paid, elected leader/spokesman to take this fight forward. We are up against the funds and resources of the State, so we will collectively need to contribute substantially – especially to get the right people involved.

I don’t have the answers. I just see the problem a lot more clearly than ever before.