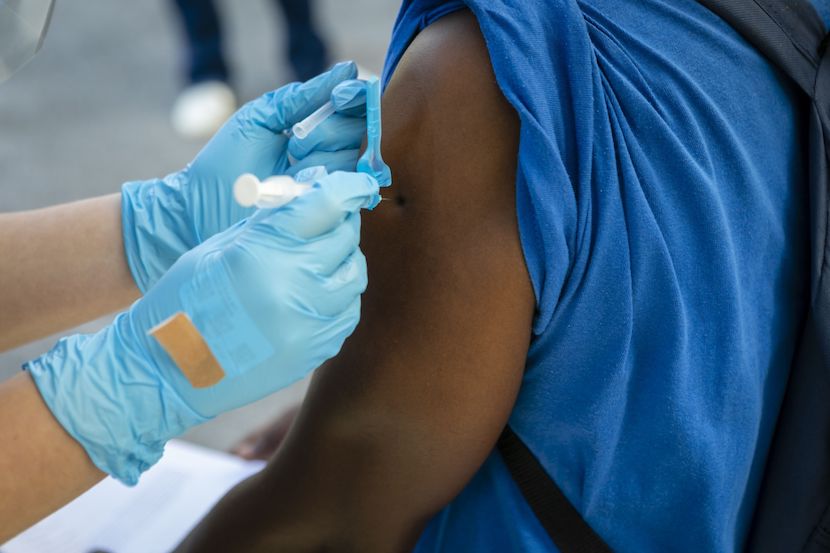 We’ve received both negative and positive feedback with regards to the varying views on Covid-19 and vaccines. And while the answer may not be as black or white as we’d like, we do encourage the different experiential viewpoints on the matter and try our best not to become the traditional censor police. On this matter community member Michael Bradfield, who is a geneticist and scientist by trade, had the following to say in his personal capacity:

I am an avid reader of BizNews and enjoy many of the financial speakers that you have. However, as a geneticist and scientist, I am concerned with the narrative that BizNews keeps pushing regarding the Covid vaccination and Anti-Vax debate. I understand you are trying to give both sides of the story (the merits of trying to do so is probably a separate discussion). However, a search on your website using the  word “Vaccine” shows that at least 2/3rds of the articles either fall into the anti-vax grouping or do enough to confuse those simply trying to work out what they should do. In my opinion, South Africa has a choice (especially the business community). Either support vaccination, and understand the repercussions, or don’t support it and live with the consequences. As the developed world has worked out, supporting vaccinations has opened their economies and life for them has almost returned to normal. While a percentage of the populace can still get Covid after vaccination, deaths are significantly reduced. This is a fact that nobody can deny.

Another aspect for your readers to consider. The vax/antivax discussion is especially important to our transplant community. I had my kidney transplant 7 years ago. NHS data shows that the mortality amongst transplant patients in the UK is 40%. When double vaccinated it drops to 8%. Interestingly, the booster brings it down a whole lot more and nearly gives us complete immunity (not yet available in South Africa though). I had Covid in March this year and spent two weeks in a high-care facility, also clogging up the healthcare system where whole wards were closed and only used for Corona patients. I was lucky but many of my fellow transplantees were not. In the last six months, the South African Transplant Sports Association (SATSA) has lost its Chairman, CEO, and many of its members. To us, the 40% mortality rate is real. Though South Africa’s official mortality rate is recorded as 3% of those that have been infected, most physicians consider this to be a vast underestimate (including my daughter who works as a doctor in the resuscitation unit at a large state hospital). Many of those with comorbidities are significant contributors to the economy and no civilised country can simply be prepared to let people die for the sake of economic expediency (it in fact does the opposite), or because it entertains a certain narrative.

(Was this newsletter forwarded to you? Sign up here.)

On the Covid Freedom Day, community member Anne Fraser posted the below graph and said maybe it wasn’t such a great idea: 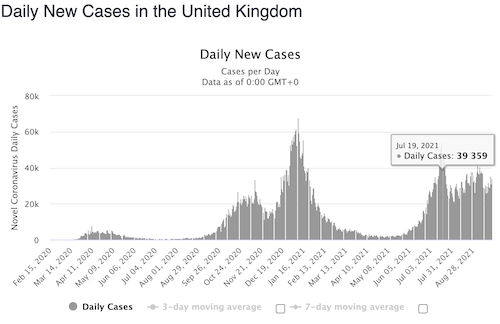 I’m also aware that people are getting tired of the Covid debate so here’s community member Anthony talking about his experience with insurance companies. This runs off the back of the newsletter titled “Insurance companies running to form…”:

Insurance companies are stealth thieves. They will be happy to quote a premium and take this from you month in and month out.

As soon as there is a claim, the anchors are thrown out fast. We have a small lodge in Scottburgh and this has been financially ravaged by insurance companies over the last few years.

We had serious flooding problems a few years ago and our driveway, walls and gates were washed out and we had close to R500,000 in claims denied, even though I ensured we had subsidence cover etc.

It took months before an assessor turned up and examined the builders quote before pronouncing the previous structure as being “badly built” and therefore the claim was denied by Santam. Never mind that the structures had been in place for 20 years or more and stood up well to previous floods.

We repaired the damage at our own cost. Two years ago, the municipal drains in the village were all blocked due to lack of maintenance by our municipality and once again we were flooded and water came right through the house and ruined the kitchen completely.

We got several quotes to repair, the cheapest being around R100,000. Santam came up with a non-registered kitchen manufacturer who quoted R26,000 to fix the damage. We said this cannot be real as just the raw materials were 3 times that, but Santam insisted that either we accepted their offer to settle or fixed it ourselves. We accepted their settlement offer and the “appointed” kitchen manufacturer has yet to turn up years later to fix the damage. Santam was happy to take approximately R5,000 in premiums from us every month for 8 to 9 years and all they ever paid were one or two tiny claims. So please tell Mike Jewitt that there will be much passing of the buck and his eventual settlement (if he gets anything at all) will be a paltry sum. We are much better off paying money into a self-insurance fund every month. Had Mike been paying this for the 35 years of owning the building, he’d be up and running by now and his repair bill would be 100% tax deductible, so SARS would be the only loser here, not businesses and jobs.