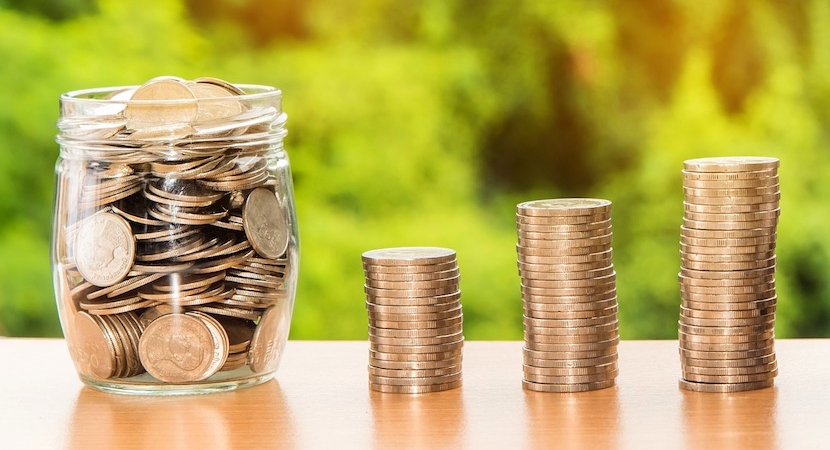 EDINBURGH — South Africans reacted with outrage when life assurance company Momentum refused to pay out a R2.4m life claim to a hijack victim. The case is a reminder that there is a big mismatch between the marketing material waved in front of us when we sign up for policies and the fine print that we sign. Momentum played a standard card over the nondisclosure of information, albeit that this information was irrelevant to the way that the policyholder died. As BusinessLive reported, Momentum rejected the claim based on nondisclosure of high blood sugar and argued that the contract was entered in bad faith. “The public cried foul as the cause of Nathan Ganas’s death was very far removed from high blood sugar – he died in a hail of bullets protecting his wife during a hijacking at their home near Durban,” it said. Momentum decided to pay the claim from shareholder funds (instead of from the policy book) with a view to putting a lid on the public outcry. In this piece, Johannesburg-based independent financial advisor Dawn Ridler exposes pitfalls across policies. – Jackie Cameron

The recent controversy over Momentum’s repudiation (decline) of a violent death claim on a life policy because of an unrelated, undisclosed medical precondition has kicked a hornet’s nest of opinions, so I thought it was a good idea to expose some of the potential pitfalls in life cover and investment that you may not be aware of and could lead to claim repudiation or investment loss.

The term non-disclosure applies right across the board, from medical aids and gap-cover, short-term insurance and life cover. If you have been to the doctor for anything – even if the medical professional considers it nothing, disclose it or it will come back to bite you.

Medical aids have very few options to exclude ‘risk’ from their membership – all they can do is a 3 month waiting period and a 12-month condition specific exclusion – and they enforce that rigorously. I have come across cases of hospitalisation for bronchitis excluded because a cold was not disclosed in a child. In the small print of your application you will have given them the right to investigate your medical history so put in every medical practitioner’s visit, no matter how minor. Any claim made in the first 3 years of a life cover is almost always investigated, thereafter it is only usually if they have their suspicions. Gap covers are governed by different regulations but the same 2 exclusions/waiting periods apply. Just a word of warning, think very carefully before changing gap covers because you might just restart the 12-month exclusion clock. You are under no obligation to disclose whether or not you have a gap cover to a medical practitioner – and there have been instances of practitioners increasing prices to match the gap cover.

When you are taking out short-term (car house etc), you are always asked about your claim history and whether or not you have had any accidents (unsaid – whether you claimed for it or not). Just because you didn’t claim, doesn’t mean you aren’t supposed to disclose. You are also asked if any claim has been refused/repudiated. Don’t fudge this either, even if you’re disputing this or taking it to the ombud.

Non-disclosure in life policies can result in a repudiation of millions of Rands and you need to be aware of how the industry operates and why. Unlike medical aid, you can be refused cover, or only given cover under certain conditions (condition specific loadings, exclusions, waiting periods) etc during the application period. This will often be handled with a ‘counter-offer letter’ (or similar terminology). Even if the cover is below the threshold that requires full medicals (HIV test is usually mandatory with all policies) you are going to have to disclose your health – and you give them consent to investigate your medical history.

Anyone who has applied for life insurance will be aware of the long list of medical questions (medical underwriting) that you have to answer – but there will always be a catch-all phrase in there – and this is where most of the problems occur. If you have been to a medical professional (including alternative practitioners) or had tests, even if the medical professional says that they are fine, you have to disclose them – even if you don’t know what it is called. The life company then uses this questionnaire to see if they need additional questions from you, or see results of tests, or have more tests conducted. They will then determine what risk there is of you dying prematurely or having to claim from disability or dread disease benefits and offer you terms. If there are no problems or perceived risks they issue the policy on “Standard Terms/Rates”.

“Exclusions” are usually condition-specific – the most common ones I have come across are back/neck/spine and mental issues. One reason the life assurers are so cautious with these two areas is that they are difficult to prove at claim stage especially disability claims. Whiplash disclosure is often enough to get a neck or spine exclusion. More than a month or so on prescription medication for any mental issue (including after a trauma like a death) will also probably result in a mental health exclusion – hospitalisation can result in an outright decline for any cover except accident.

Having said all of this, be aware of the difference between full disclosure and having a pity party. Your broker is not your therapist to discuss every little ache and pain you’ve ever had or imagined you’ve had. Having a pity party on your insurance application will result in exclusions, or even an outright decline – for no good reason. Once that exclusion is on any policy, it will be out there forever and it is usually difficult to remove (especially with another insurer, and years down the line). Drug use is a difficult one… until Cannabis was ‘legalised’ recently it was an admission of illegal behaviour so I suspect that is one area of significant non-disclosure. Insurers see any recreational drug taking as a risk and in my experience usually results in an outright decline (but the relaxation of the law on this matter may soften their stance.)

I know it’s a pain to read through all the small print of your policies but the one paragraph you really must read is the ‘general exclusions’. These differ from insurer to insurer but in a nutshell you won’t get paid out if: You have wilfully done the injury to yourself (suicide attempt, drug overdose etc); the injury or death is during the commission of a crime (convicted of such crime) – a potential grey area, driving while intoxicated; involved in terrorism/war or your premiums are not up to date.

If you have disability or dread disease cover and get injured or get sick you have to seek medical advice and take that advice and follow the course of treatment or you won’t be paid. This clause has potential create just a big a ruckus as the current Momentum repudiation/back-peddle. To Momentum’s credit, their solution was elegant and win-win. Paying out a death claim for a violent act which would otherwise be repudiated limits their liability without condoning non-disclosure – but you can bet that underwriting is going to be stricter and more explicit when it comes to medical history.

Another area where you can get caught out is not disclosing certain changes after you have taken out the policy. Changing occupation, starting smoking, taking up a risky pastime (flying or scuba for example), overseas travel (especially to countries considered high risk like Western Africa) can all result in partial or total repudiation. This isn’t applicable with every insurer, but assume that it is and inform your insurer in writing even if it is years after the acceptance of the policy. “I told my broker” probably won’t wash, and get the broker into real trouble too – so read a copy of the application before you sign it. If you forget something, go back and declare (it happens all the time).

PS I have been asked by a number of people why this claim was repudiated in the first place when the disease (pre-diabetes/high blood sugar) didn’t cause the death. Momentum argued, and the ombud agreed, that the policy would have been declined outright – in other words, no loadings, no exclusions just an outright decline. This is not uncommon with untreated pre-diabetes, or even diabetes because it affects multiple systems and the long-term risk of premature death is high.

Action: At your next annual review (assuming your broker does them, check if you have any ‘loadings’ or ‘exclusions’ and if there was any non-disclosure (especially if the policy is less than 3 years old, fess up. If you’ve had any of the changes mentioned above, make sure the insurer knows. Always inform the medical aid is informed when you travel outside of the country to activate your free cover.

How to wire your brain for wealth: Find pleasure in saving money – Dawn Ridler

Portfolio chaos: How to sort out a messy investment garden – Dawn Ridler