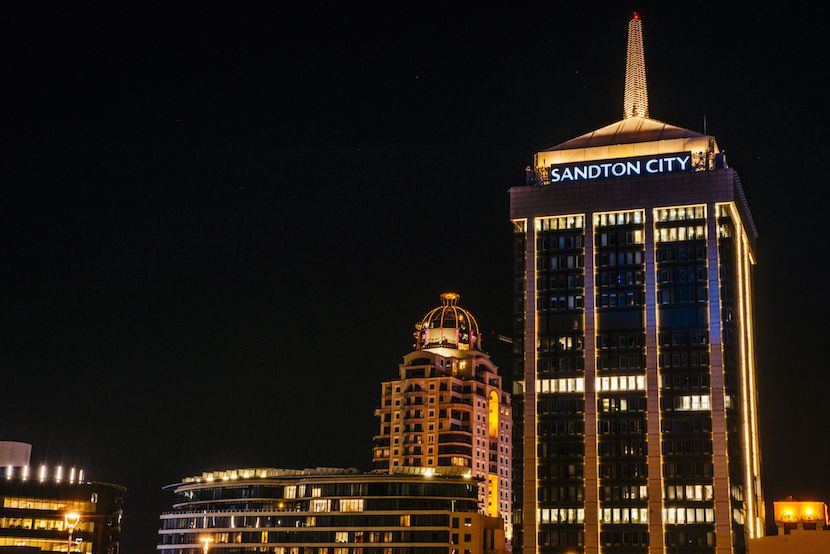 Johannesburg ranks among the world’s most expensive cities, though it’s by no means on par with financial capitals like New York and Hong Kong. Nevertheless, as a report on wealth indicates, you will pay far more for luxury hotel suites, top-end bags and shoes in Johannesburg than you will in other cities that attract the world’s rich. Jewellery is pricey too compared to what you will pay in Europe, the US and Asia, which is surprising considering the abundance of precious gems and metals that are mined around Johannesburg. Fine-dining is relatively cheap in SA’s “big smoke” compared to Tokyo, Rio de Janeiro and Paris, while it’s particularly expensive to opt for whisky as your tipple in Joburg. The report also provides a fascinating glimpse into how South Africa’s inflation and growth rates buck some global trends. Inflation is so low in many of Joburg’s competitors for world’s most expensive city that it is described as “yesterday’s news”. Growth looks healthier elsewhere, too . – Jackie Cameron

These are the world’s most expensive cities for luxuries

By Ben Stupples and Akshat Rathi

(Bloomberg) – Wealthy bargain hunters should be wary of getting married in New York, hiring lawyers in Hong Kong or buying fine wines in Rio de Janeiro.

That’s according to research from Julius Baer Group Ltd., which broke out the world’s most expensive cities for a variety of luxury goods and services — from houses to whisky to handbags. High local tax rates make Rio de Janeiro — Brazil’s second-largest city — the world’s most expensive metropolis in five of 18 categories in the Swiss bank’s “Global Wealth and Lifestyle Report 2020.”

New York ranked as priciest place to lay on a 400-person wedding banquet or hire a personal trainer, while London took top spot for the laser eye surgery that clears blurry vision. Still, Hong Kong is the world’s most expensive city overall, with the former British colony cited frequently in the top 10 priciest municipalities for categories such as fine dining, hotel suites and luxury cars. 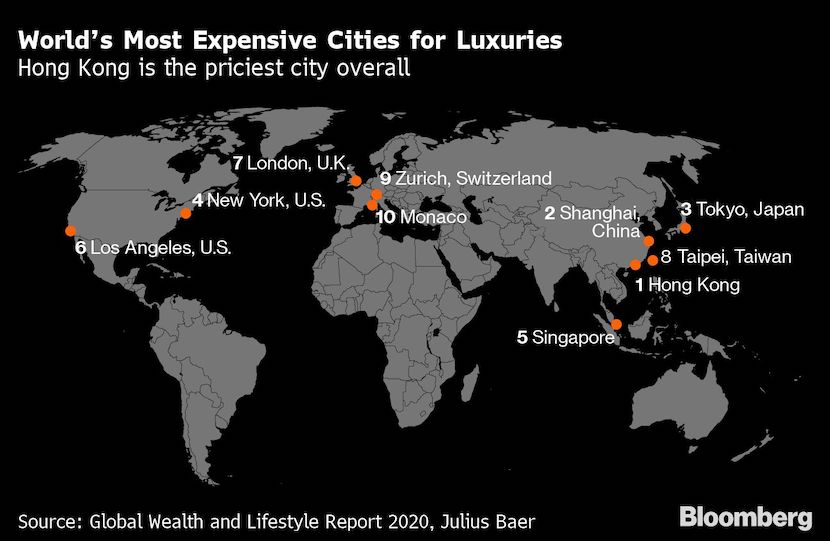 The report released Thursday underscores the growing scope of opulence among the world’s wealthy as tensions mount in some nations over the divide between the rich and everyone else. Widening inequality in Hong Kong, fueled by low taxes, has helped incite the city’s worst unrest since it returned to Chinese rule in 1997. There has also been unrest in parts of Latin America and Europe over rising living costs. 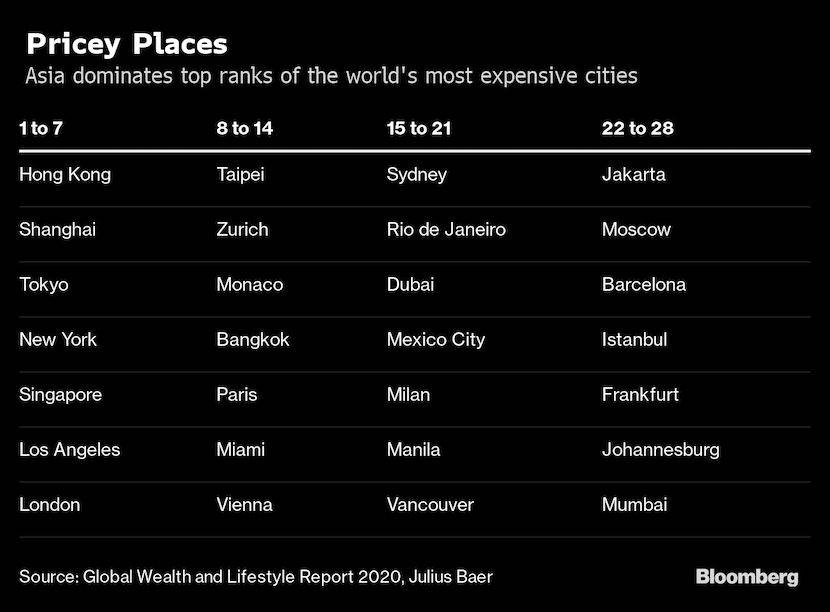 The idea of luxury “once stood for fancy goods, such as handbags or sports cars,” Nicolas de Skowronski, head of wealth management solutions at Julius Baer, said in the report. “Now it has morphed into a broad category that includes services and experiences, from fine dining to new lifestyle trends such as wellness.”

While Hong Kong may drop in future rankings after months of protests take their toll on the economy, other Asian cities are well represented in the firm’s ranking of most expensive, including Shanghai, Tokyo, Singapore, Taipei and Bangkok all in the top half. That section also included Los Angeles and Miami — the only other U.S. cities listed in the report — although neither rank top for individual categories of how the wealthy splash their cash. 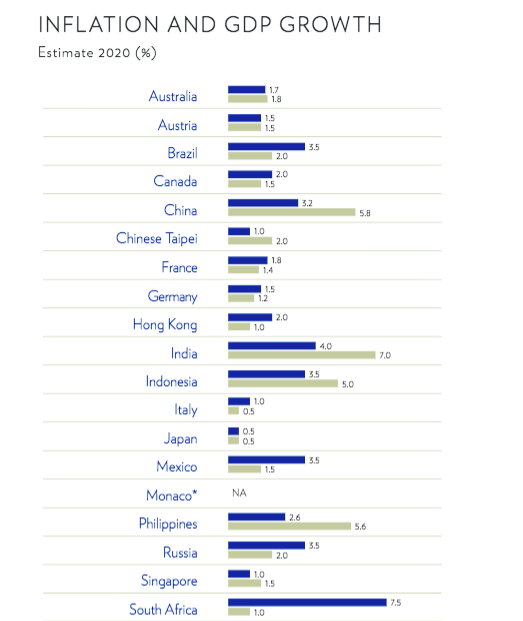 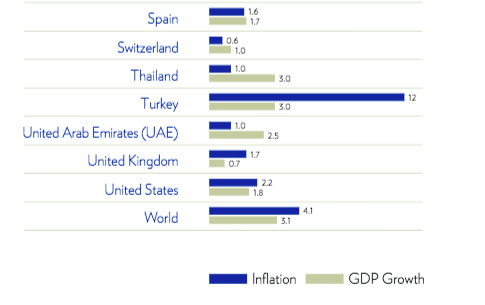