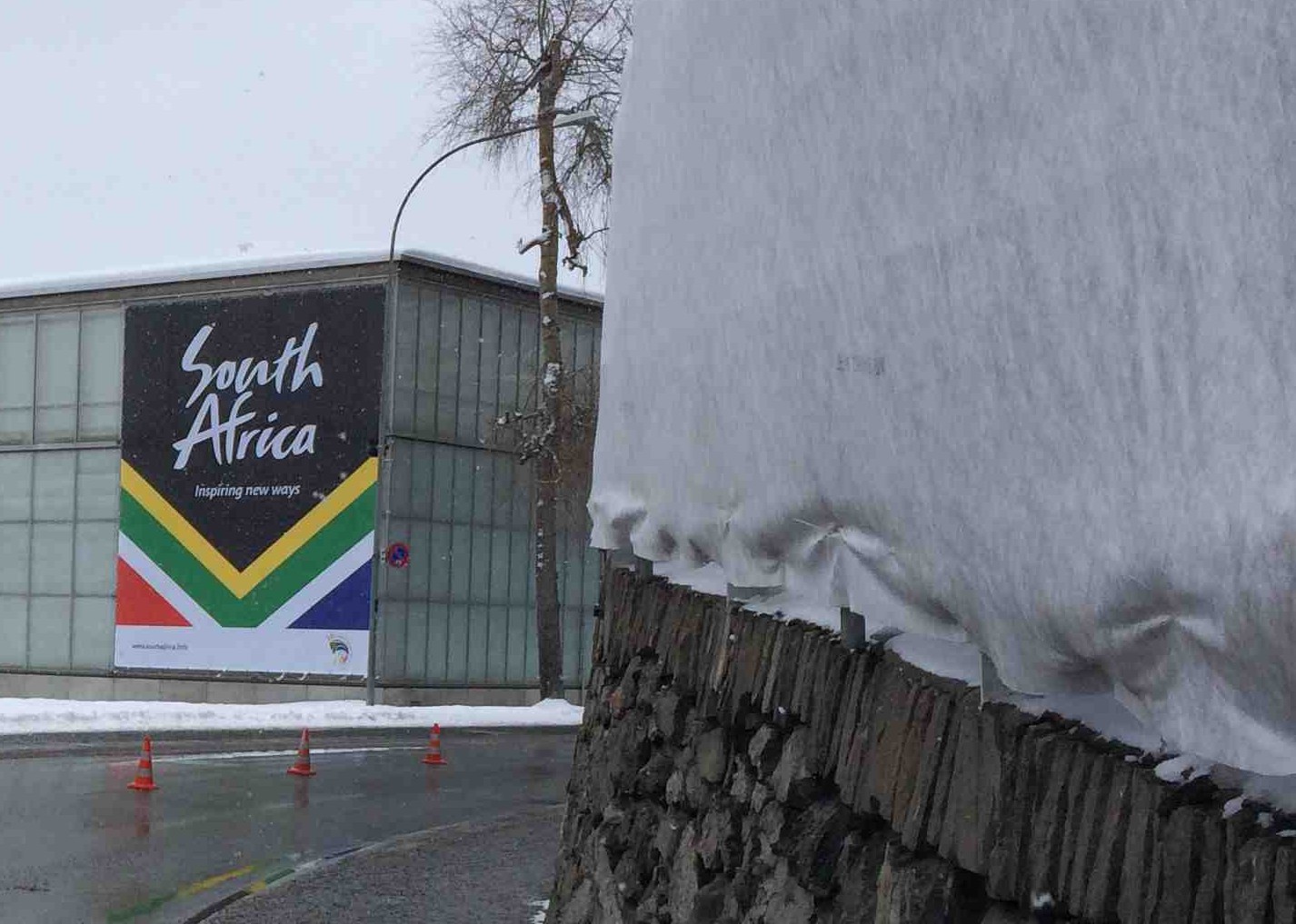 DAVOS – Jeanette and I love coming to the WEF a day early. The quicker you can get into a regular sleeping pattern, the better. Sleep soon becomes treasured for those of us who travel to Davos during late January. 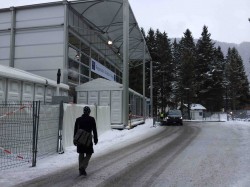 Our early arrival was more valuable than usual this year. The Registration (right) was even less painless than usual, and we had the good fortune to bump into Phil, Thabo and Svetlana from Team CNBC Africa. Svetlana is the executive producer of my five live “mini-shows” (half hour crossings)  on Wednesday and Friday. So it was a bonus to have a quick chat. Plenty of preparation required this evening so will have to miss the traditional Welcome Reception.

Because of already tight security, the walk to the Registration 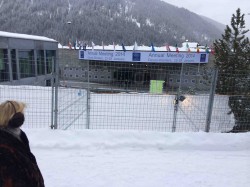 Centre to get the prized identity cards is tortuous. But a pleasure, really, as it gave us a look at what residents see of the fenced off Congress Centre (left). Getting in early also brought a chance meeting with CNBC colleague Bronwyn Nielsen who was putting together the last touches before the final rehearsal for Africa’s most important event at WEF 2014. Together with those on the stage, Bronwyn will have the heads of 11 African nations in attendance at the session she facilitates tomorrow. SA’s Jacob Zuma is staying away this year, the first time I can remember the country’s not being represented by its President. But I guess with Nkandla still boiling and the Mandela Memorial boo-ing a fresh memory, JZ doesn’t want to expose himself to the kind of interrogation leaders accept as standard in Davos – but tend not to tolerate back home. Bronwyn’s got a big job to do tomorrow. But she’s really well prepared and it promises to be humdinger.

One of the lesser told stories about Davos is the way multinationals – and countries – invest millions to grab a share of the powerful eyeballs that come to town. The three pics below (click on them to enlarge) shows the transformation of a two year old design shop into the temporary HQ of UK banking group RBS. The craftsman pictured left has a strong British accent. So no local employment on this job anyway.

One of my favourite examples of the corporate invasion is the Barclays “meeting centre”. For 11 and a half months of the year it’s a pet shop. But being five minutes from the Congress Centre makes it far so valuable during WEF Week that the pets are relocated and the space rebranded for Barclays. The only tell-tale sign of the building’s regular occupant is beneath the parking sign in the pic on the right. 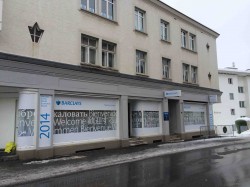 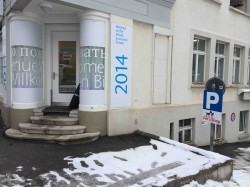 Some companies, though, get even more extreme. This year we discovered that the old audio equipment 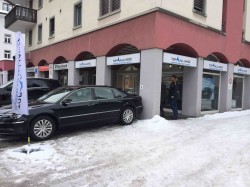 business opposite our hotel (left) had been replaced by Top Alliance – an aircraft and limousine hiring firm that uses the space for one month of the year – and lets it stand empty for the other 11.  And never fear South African taxpayers, your investment, too, is being made in this power nexus. Brand South Africa has once again secured a prime billboard site (below) on the road between the Congress Centre and the Belvedere Hotel – the prime strip for Davos during WEF Week. 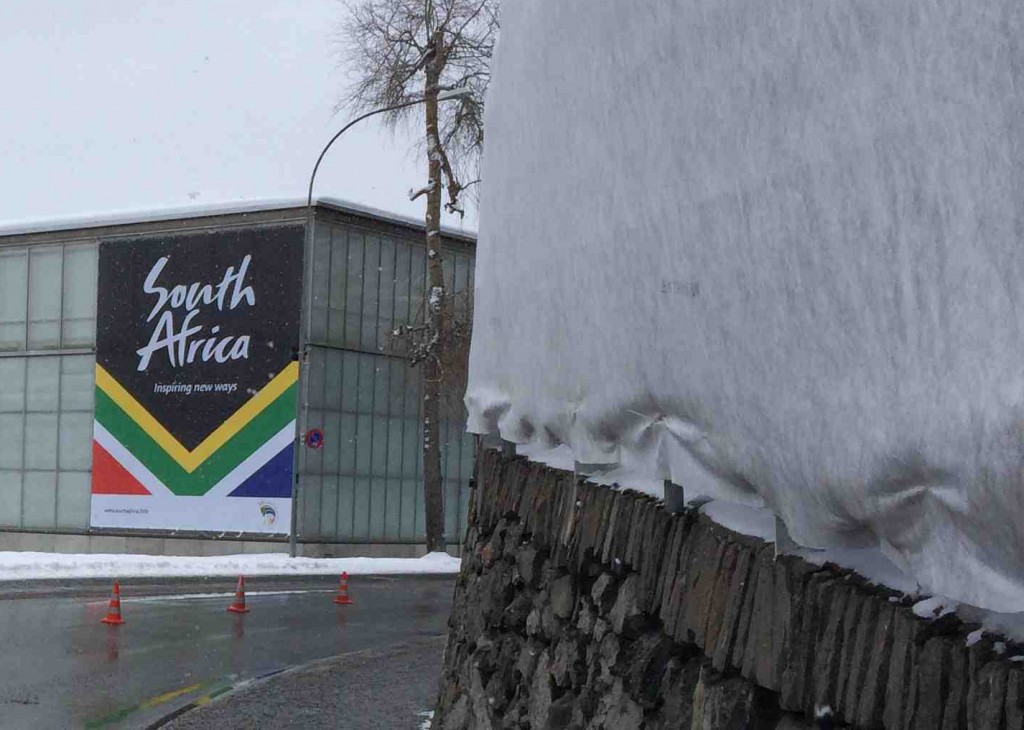