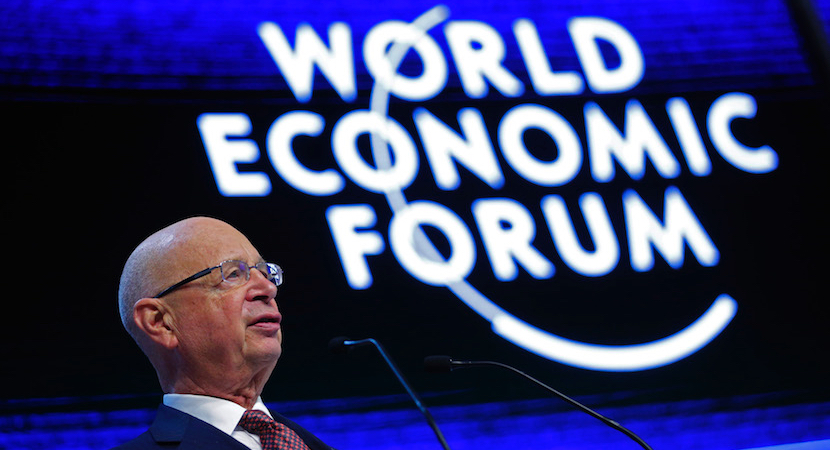 As the final preparations for this year’s World Economic Forum in Davos are put in place, the foundation expects it to be the biggest yet. With more than 3,000 participants expected from more than 100 countries, including 1,200 CEOs, 300 public figures (more than 50 heads of state and government), while media, academia and NGO participants make up the rest of the numbers. The theme in 2017 is an expansion on last year’s ‘Navigating the Fourth Industrial Revolution’. This year founder and executive chairman Klaus Schwab says the focus is on Responsive and Responsible Leadership. Schwab sets up the discussion in the piece below, looking at five of the major challenges on the horizon as we enter this new world where science fiction is turned into reality. – Stuart Lowman

As the past year has demonstrated, leaders must be responsive to the demands of the people who have entrusted them to lead, while also providing a vision and a way forward, so that people can imagine a better future.

True leadership in a complex, uncertain, and anxious world requires leaders to navigate with both a radar system and a compass. They must be receptive to signals that are constantly arriving from an ever-changing landscape, and they should be willing to make necessary adjustments; but they must never deviate from their true north, which is to say, a strong vision based on authentic values.

That is why the World Economic Forum has made Responsive and Responsible Leadership the theme for our annual January meeting in Davos. As leaders in government, business, and civil society chart a course for the next year, five key challenges will warrant their attention.

Firstly, they will have to come to grips with the Fourth Industrial Revolution, which is redefining entire industries, and creating new ones from scratch, owing to groundbreaking advances in artificial intelligence, robotics, the Internet of Things, self-driving vehicles, 3D-printing, nanotechnology, biotechnology, and quantum computing.

These technologies have only begun to show their full potential; in 2017, we will increasingly see what used to be science fiction become reality. But, while the Fourth Industrial Revolution could help us solve some of our most pressing problems, it is also dividing societies into those who embrace change and those who do not. And that threatens our well being in ways that will have to be identified and addressed.

Secondly, leaders will have to build a dynamic, inclusive multi-stakeholder global-governance system. Today’s economic, technological, environmental, and social challenges can be addressed only through global public-private collaboration; but our current framework for international cooperation was designed for the post-war era, when nation-states were the key actors.

At the same time, geopolitical shifts have made today’s world truly multipolar. As new global players bring new ideas about how to shape national systems and the international order, the existing order is becoming more fragile. So long as countries interact on the basis of shared interests, rather than shared values, the extent to which they will be able to cooperate will be limited. Moreover, non-state actors are now capable of disrupting national and global systems, not least through cyber attacks. To withstand this threat, countries cannot simply close themselves off. The only way forward is to make sure that globalization is benefiting everyone.

A third challenge for leaders will be to restore global economic growth. Permanently diminished growth translates into permanently lower living standards: with 5% annual growth, it takes just 14 years to double a country’s GDP; with 3% growth, it takes 24 years. If our current stagnation persists, our children and grandchildren might be worse off than their predecessors.

Even without today’s technologically driven structural unemployment, the global economy would have to create billions of jobs to accommodate a growing population, which is forecast to reach 9.7 billion by 2050, from 7.4 billion today. Thus, 2017 will be a year in which social inclusion and youth unemployment become critical global and national issues.

A fourth challenge will be to reform market capitalism, and to restore the compact between business and society. Free markets and globalization have improved living standards and lifted people out of poverty for decades. But their structural flaws – myopic short-termism, increasing wealth inequality, and cronyism – have fueled the political backlash of recent years, in turn highlighting the need to create permanent structures for balancing economic incentives with social wellbeing.

Finally, leaders will need to address the pervasive crisis in identity formation that has resulted from the erosion of traditional norms over the past two decades. Globalization has made the world smaller but more complex, and many people have lost confidence in institutions. Many people now fear for their future, and they are searching for shared but distinct beliefs that can furnish a sense of purpose and continuity.

Identity formation is not a rational process; it is deeply emotional and often characterized by high levels of anxiety, dissatisfaction, and anger. Politics is also driven by emotion: leaders attract votes not by addressing needs or presenting long-term visions, but rather by offering a sense of belonging, nostalgia for simpler times, or a return to national roots. We witnessed this in 2016, as populists made gains by fostering reactionary and extreme beliefs. Responsible leaders, for their part, must recognize people’s fears and anger as legitimate, while providing inspiration and constructive plans for building a better future.

But how? The world today seems to be engulfed in a sea of pessimism, negativity, and cynicism. And yet, we have an opportunity to lift millions more people out of poverty, so that they can lead healthier and more meaningful lives. And we have a duty to work together toward a greener, more inclusive, and peaceful world. Whether we succeed will not depend on some external event, but rather on the choices our leaders make.

The coming year will be a critical test for all stakeholders in the global society. More than ever, we will need responsive and responsible leadership to address our collective challenges, and to restore people’s trust in institutions and in one another. We do not lack the means to make the world a better place. But to do so, we must look past our own narrow interests and attend to the interests of our global society.

That duty begins with our leaders, who must begin to engage in open dialogue and a common search for solutions to the five major challenges on the horizon. If they acknowledge that ours is a global community with a shared destiny, they will have made a first – albeit modest – step in the right direction.