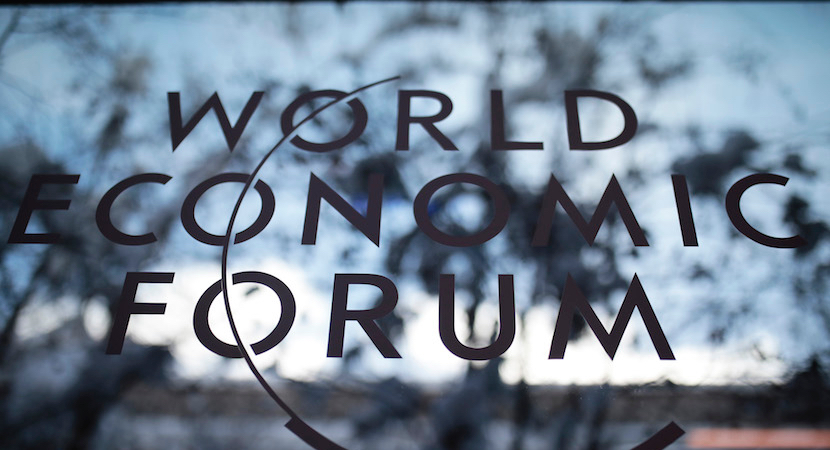 As the leader of the world’s second-largest economy, it is fitting that China’s Xi Jinping is joining the world’s elite capitalists at Davos. This year is the first that a Chinese head of state has attended. Although China’s government has communist roots, it has been rolling out a system that looks a lot like capitalism. China has arguably been more successful than any other nation in helping to eradicate poverty. Over the past three decades it has overhauled its economy to ensure that it has consistently delivered economic growth and, in so doing, has improved the wellbeing of millions of its citizens. Today, the Chinese dominate designer shopping malls in the world’s expensive capital cities, send their children to the best universities in the UK, US and Australia and are a growing presence at art auctions and in prime real estate markets. In this article, China watcher Winnie King of the University of Bristol sets the scene for Xi’s visit. China’s leader is joined by two of China’s, and the world’s, most successful entrepreneurs: Alibaba’s Jack Ma and Dalian Wanda boss Wang Jianlin. As Donald Trump indicates that the US relationship with China is changing, China has embarked on ambitious new plans to ensure that its economic success story continues for the foreseeable future. – Jackie Cameron

President-elect Donald Trump may be dominating headlines in the build up to his forthcoming inauguration. But another world leader is also taking main stage. President Xi Jinping joins the global elite in attending the World Economic Forum at Davos – the first time a Chinese head of state has attended.

Many are excited at the prospect of China taking over the reins of international leadership at Davos, ready to fill the vacuum that may be left by a Trump-shaped hole in the world trading system. But it’s worth remembering: China is still China.

Yes, China has embraced the international trading system, and in recent decades has shown intent to strengthen its position at the global negotiating table. But China remains a developing economy, and is primarily concerned with its own growth and development.

Along with hosting the G20 summit in Hangzhou in 2016 and establishing the Asia Infrastructure Investment Bank in 2015, Xi’s attendance at Davos offers an opportunity to both engage with and learn from established players in the world economy, and clarify China’s own strategic interests.

There is a real logic to Xi’s Davos attendance. For starters, the historically non-ideological setting of Davos is particularly attractive for China, which is far more pragmatic in its approach to economics than the West, with its socialist-market economy.

The World Economic Forum also offers China a unique opportunity and a powerful stage to project its own vision of international trade and globalisation. The world might be looking for a new flag bearer for free trade, in light of Trump’s clear proclivities for protectionist trade policies, but the irony that this has somehow fallen to the leader of a communist country should not be forgotten.

Coinciding with Davos’ theme this year – “responsive and responsible leadership” – Xi will no doubt speak to how the current trading system and its governing institutions are structured to reproduce inequalities for China and other developing economies.

Whether on the issue of agricultural subsidies in the WTO, the granting of market economy status, or accusations of currency manipulation, China has repeatedly emphasised the need for a fairer system that aids global development.

Indeed, when it comes to poverty, China has been a world leader in efforts to eradicate it, raising 700m of its own citizens out of poverty in the last 30 years. This, however, is not the case for other developing countries. We will likely hear about China’s “One Belt, One Road” project, an infrastructure-based strategy that connects China to South Asia, the Middle East, the African continent, and even London.

China attends Davos with the mindset and concerns of a developing economy. The potential implications of protectionist trade policies espoused by Trump are serious, as it remains highly dependent upon trade for growth.

While its services sector continues to develop, 2016 was a year of mixed economic fortunes for China. It continues to struggle to internationalise its currency, the RMB, and stem the decline in its foreign reserve holdings. It also has volatility in its finance sector to deal with and a mounting debt crisis.

So participating in Davos offers an opportunity for China to present a united front of its economy and industry leaders. Xi is joined by China’s top business leaders: Alibaba CEO, Jack Ma, and Dalian Wanda chief, Wang Jianlin (who are together worth US$65 billion). At the same time, China can show its commitment to an open market economy that remains central for continued economic development, while speaking at Davos offers Xi the chance to set out China’s objectives from 2018 onwards (theoretically his final term in office).

All in the timing

President Xi’s decision to attend is a strategically astute one. The contrast with Trump’s brashness could not be more stark and Xi’s likely emphasis on “greater inclusiveness”, “commonality” and “communication” may be received more readily than in the past.

It is not however in China’s interest, or that of its trading partners, to establish a new trading system. Despite the excitement from some, we are unlikely to see China break convention and take the on leadership at Davos – it is not the place for a revolution in global economic thinking or trading structures. That Xi and the China delegation have voiced a willingness to meet with Trump’s transition team is a clear indicator of this.

But, with the world’s richest 1% in attendance, it will be interesting to see how Xi’s efforts to address the inequalities of the current system will be received. He has been consistent in what China wants from the global economic system. Fair and equal treatment for its people and industries; respect for its products and firms; and to be taken seriously on the international stage – through inclusion, representation and voice. Confronting the structural inequalities that undermine China’s economic objectives will be a key priority.

As it continues to build its own seat at the main negotiating table, neither China nor the international community is ready for China to take the reigns. Nonetheless, Davos provides an opportunity to appreciate what this may eventually look like.