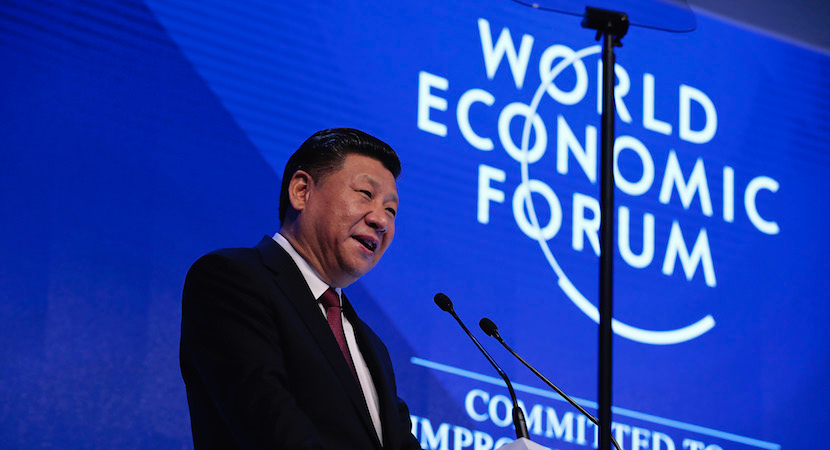 There’s a discernible shift in China’s approach to the western world. Recently, China’s Xinhua agency announced that the government had decided to ban all ivory trade and processing by the end of this year – a long-awaited, but bold move to effectively bring an end to the consumption of a status symbol. At the time, environmentalists hailed the decision as a game-changer. It seems that they were right, with China’s President Xi Jinping making similar announcements aimed at pleasing western environmental activists and others at the World Economic Forum in Davos this week – which, notably, he is attending for the first time. After sticking to the principle that it keeps out of other countries’ affairs and expects other nations to do the same when it comes to China’s actions and events, President Xi has indicated that China is set to meet its global responsibilities as an elite nation. Xi told delegates at the World Economic Forum that China will comply with the Paris Agreement on climate change as well as meeting all its global responsibilities. Xi is also urging countries to continue on the path of globalisation. The Chinese leader’s comments come as president-elect Donald Trump hints of protectionism to fuel employment in the US. Trump is not afraid of criticising China, often seen to be sensitive to questions about its human rights record and other issues. Trump also got onto the phone with Taiwan’s leader – a particularly provocative move from a Chinese perspective as Taiwan is not recognised as independent and it is frowned on in China to acknowledge it as such. As international relationships change among the leaders of the world’s largest countries along with the change in US commander-in-chief, China is taking an early opportunity to curry favour with as many nations as possible. This is in part, perhaps, because China acknowledges its responsibility as a global citizen. Ultimately, though, it is with a view to keeping economic growth on an upward trajectory and therefore keeping the peace among its vast population at home as global trade is a key factor in China’s success. – Jackie Cameron

17 January 2017, Davos-Klosters, Switzerland – Chinese President Xi Jinping delivered a robust defence of globalization to business, government and civil society leaders in the opening plenary session of the 47th World Economic Forum Annual Meeting. China, Xi said, is committed to fulfilling its international responsibilities and contributing to addressing pressing global challenges, including climate change, the need for new drivers of economic growth and creating jobs in the face of the emerging technologies of the Fourth Industrial Revolution.

Xi recalled that China had at first doubted the wisdom of joining the World Trade Organization, but had bravely gone ahead with membership and determined that it was the right strategic choice. “If one is always afraid of the bracing storm, one will get drowned in the ocean sooner or later,” he said.

Xi called for efforts to rebalance economic globalization so that all people share in its benefits. This will require more effective international cooperation and new models of global governance, bold action and a commitment to avoid protectionism. “We should not develop the habit of retreating to the harbour whenever encountering a storm.” Referring to the threat of protectionism, he predicted that “nobody will emerge as a winner in a trade war.”

Pursuing protectionism is like locking oneself in a dark room: while wind & rain may be kept outside so are light and air: Xi Jinping #wef17

President Xi also stressed that China will continue its economic reforms and opening up, and will maintain its high level of economic growth while pursuing sustainable development. “We know only too well that there is no such thing as a free lunch in the world and that no pie will fall from the sky.”

Reacting to Xi’s speech, Klaus Schwab, the World Economic Forum’s Founder and Executive Chairman, told participants that it is crucial that globalization leads to a fair, innovative, open and inclusive world. “We cannot go back to old policies,” he said. “We cannot take recipes which may have worked in the old world but are not working anymore in the new world.”

Earlier, in welcoming remarks, Doris Leuthard, President of the Swiss Confederation 2017 and Federal Councillor of the Environment, Transport, Energy and Communications of Switzerland, warned that nationalism and protectionism, as well as the rise of extremism and conflict, are gaining and challenging the cohesion of the international community. “Each of these problems leads us to perceive the world as more fragile – and the insecurity is spreading.”

With the turbulence created by the Fourth Industrial Revolution, Leuthard advised: “Digitization must be democratized, just as knowledge was democratized when the printing press was invented.” She underscored the importance of investing in education. “We need to have responsive and responsible leadership to draw the right conclusions and make the right decisions,” She concluded. “To achieve this, we have to rid ourselves of the idea that there is a global solution to these problems. There is never going to be a one-size-fits-all solution.”