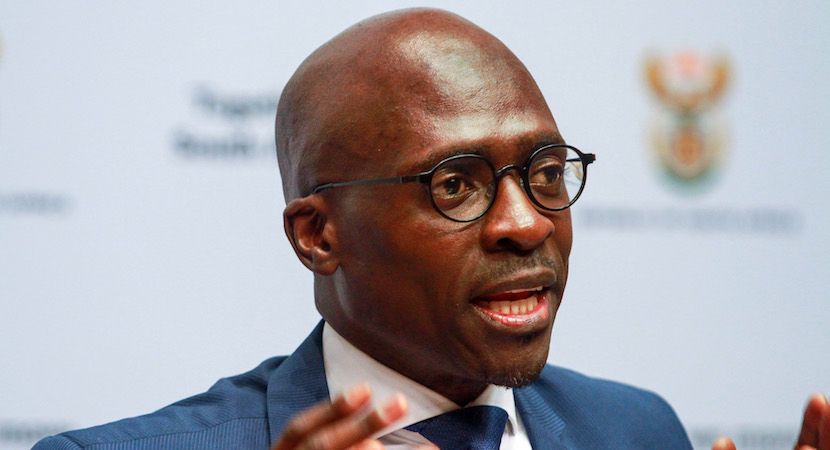 JOHANNESBURG — Phrases like ‘radical economic transformation‘ and ‘white monopoly capital‘ have seemingly faded away from the ANC’s lexicon in recent weeks and months. With Cyril Ramaphosa having won the leadership race, one can expect more rational rhetoric going forward. In fact, I heard some of this rational rhetoric at a WEF pre-briefing in Johannesburg where Ramaphosa spoke economic reforms and renewal. But this piece highlights some pointers for Finance Minister Malusi Gigaba (who will also be attending WEF this year) on, well, a different set of radical ideas. – Gareth van Zyl

Finance Minister Gigaba says that Radical Economic Transformation needs to be defined. Perhaps this is because elements of it like Free Tertiary Education and Land Occupation Without Compensation seem to be popping up unexpectedly (or otherwise) without consensus on what RET really is?

Thinking strategically, as opposed to endorsing one tactic or another, I can think of five ingredients that all citizens need to adopt, to get onto the same page. Not just a majority but a consensus – in the time-honoured African tradition of “eliminating dissent”.

Corruption and State Capture are actions that began with problematic attitudes and structures.

Someone has suggested a TRC-2 – to exchange amnesty for honesty. This gets down to where the rubber meets the road. We litter because we do not care about Creation. We waste and squander because we lack respect for our children and grand-children. We bully because we want to accumulate power, not devolve it.

Unless there is a change of heart, there will be no change of direction.

I was horrified that the number of women in the Top Six dropped from 2 to 1. The voting system should be changed – not to allow any single ballot to vote only for one gender. The party has to force this gender issue, proactively. This was regress not progress.

Likewise with age representation. How can a country populated mostly by citizens under 35 years of age be run by a Cabinet of citizens in their 60s and 70s? This doesn’t make sense.

Youth are basically leaving the ANC for other parties like the EFF as a result.

How many parliamentarians are handicapped? Where are the albino cabinet ministers?

We also need to re-think and revise structures that centralize. They seem to have a gravitational pull of everything onto the President’s lap. Whereas Democracy runs by a kind of centrifugal force to decentralize power. For example, the Party President also becoming the State President. Democracy separates powers, into checks and balances. I would personally love to see Ramaphosa nominate either Lindiwe Sisulu or Naledi Pandor to serve as State President – not just until 2019 but until he is replaced as Party President, in 6 or 11 years from now. In corporate terms, he should remain the “Chairman of the Board” and let Parliament elect a CEO.

The ANC Chair should do just that – chair meetings. And why not Parliament too? By all means Baleka Mbete served as Party Chair and thus as Speaker of the National Assembly. Normally they guide the decision-making, but occasionally they have to exercise their casting vote – like Mbete did with the secret vote decision.

Not just individuals but entities like the ANC need to confess their need for change. A party structure like the NEC should not be running the country. That is the job of the Caucus of the party in parliament with the most seats. Two centres of power refers as much to the NEC-versus-the-Caucus as it does to Luthuli-House-versus-the-Union-Buildings. The Constitution never mentions parties. It constitutes government structures and those should be running South Africa.

This is an example of a liberation movement not succeeding in its transition to political party. The ANC is still stuck in the mud of Vanguardism. While South Africa has moved past that – into constitutional democracy.

In spite of our differences, and of rampant and unacceptable Inequality, we still need to practice respect for one another, and even hospitality.

Without condoning the social media ad that triggered it, the EFF should be rebuked for trashing H&M. Two wrongs don’t make a right.

Foreigners need to be welcomed as co-workers, not treated as aliens. We are quick to blame Trump for the very same attitudes that are prevalent here.

Students need to be mainstreamed into society, especially those who can’t afford a tertiary education. This will take some sacrifice, and that is why the word “radical” is apropos.

The drive for land redistribution should not come from illegal occupation, and not from government policy. It should flow up from the hearts of fellow citizens who already have more than enough, more than their fair share. It should be a once-in-a-lifetime privilege for those South Africans who have succeeded, to level the playing field with/for those who have been economically marginalized. For building an thriving economy can only happen when all citizens are economically active.

Debate rages how important land really is to economic advancement. And a genuine concern is what will happen to food security if land is parceled out to people who don’t have the skills or capital to keep it productive? In other words, productivity could be a deeper criteria? 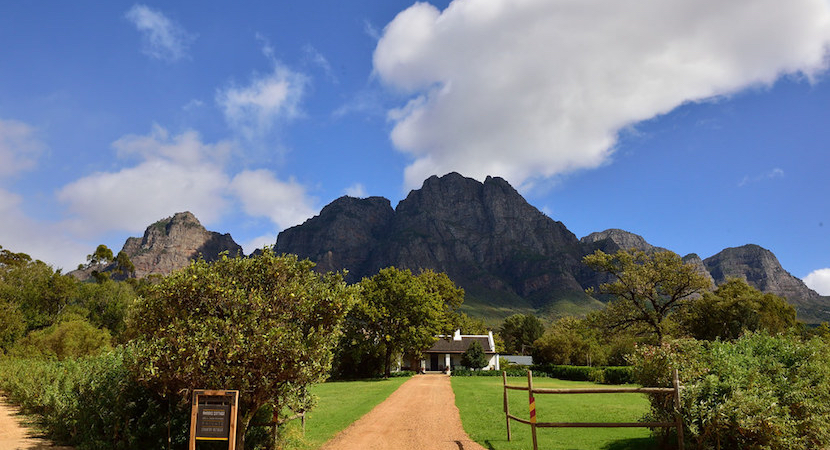 The question of who owns the land is even deeper than fundamental – it is primordial. The Bible says:

“The land must not be sold permanently, because the land is mine and you reside in my land as foreigners and strangers. Throughout the land that you hold as a possession, you must provide for the redemption of the land…

But if they do not acquire the means to repay, what was sold will remain in the possession of the buyer until the Year of Jubilee. It will be returned in the Jubilee, and they can then go back to their property.” (Leviticus 25: 23, 28)

This is radical. Perhaps St Paul came closest to the mark when he said: “Be transformed, by the renewing of your minds…” (Romans 12:2)

I am writing in a country that can convene over one million people to a prayer meeting.

For example… in 2016 the Solms-Delta Wine Estate in Franschhoek in the Western Cape reached a groundbreaking agreement to transfer 45% of the business, including brand and land, to the farm’s workers. The government’s National Empowerment Fund (NEF) invested an additional 5% stake in the Wijn de Caab Trust, creating a 50/50 ownership agreement between the workers and the owners, Prof Mark Solms and Richard Astor. The deal was the first of its kind in South Africa, but it took 10 years to finalise.

And it all happened without land invasions! Minister Gigaba is right to say that RET has to be contemplated first. But by the same token, citizens are getting impatient. Especially the youth. It is high time to start walking the talk.