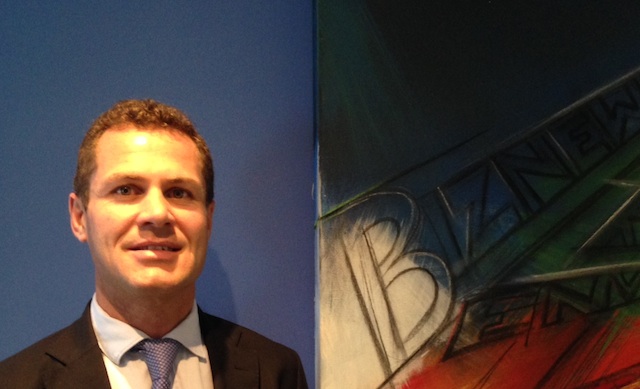 Today’s market commentator is Jan van Niekerk from RE:CM who comments on ‘real business being a messy thing’. Noteworthy to the conversation is the African Bank knock-on effect on Ellerines, the goings-on at PPC and RECM’s own portfolio exposure to Cadiz. – CP

ALEC HOGG:  Jan van Niekerk, the Chief Executive of RECM is with us in our Johannesburg studio today. To what do we owe this honour? Usually you’re in our Cape Town studio.

JAN VAN NIEKERK: Alec, I felt left out not being in Johannesburg, so I thought I’d come and visit you specifically.

ALEC HOGG: And an auspicious day. We’ve got the African Bank knock-on effect with Ellerines business rescue. We’ve been given 118 pages to analyse in about 15 minutes, which is, even for someone for your intellectual capabilities, is a little bit difficult but fortunately we also have a summary and, from the summary that you’ve been able to just, glance through does it look sensible?

JAN VAN NIEKERK: Alec, I think the little thing you have to keep in mind is that this is a business, which inside the broader African Bank stable have been losing money for quite a long time, so if you had to try and put a value on that, the market, just putting a negative value on the Ellerines side. The fact that they are able to sell parts of the business, we see Coricraft, who paid R200m for Dial-a-Bed. There’s R40m, plus the value of the stock being sold to Lewis, so there’s an indication that there are other operators there that are picking parts off that business that could add value to their business. I see the over headline, and you would expect the guys that put the proposal together, to say that business rescue is much better than liquidation but they didn’t.

Cynically, you won’t expect anything else from the guys drafting the report, but I think it does make sense and they have to get on, I’m surprised at the speed with which they’ve already moved, and to be able to give this amount of detail. Shareholders still have to get together and talk about whether they’re going to progress with this.

ALEC HOGG: R40m for Bears. That used to be an iconic brand. It just shows how far it’s fallen but I guess the concern at the moment, and we haven’t had a chance to assess it through but there are other very, good brands. Certainly, Wetherlys is an excellent brand and Geen and Richards, Ellerines itself, is quite a big brand and then Furniture City. No news on those but what we do have is that about, well almost half of the staff are going to be retrenched.

JAN VAN NIEKERK: Look that is probably only the first business. This business is in business rescue. The point is that you probably would like to turnaround whatever is left. That market that these guys are operating is very difficult and what we also don’t know, and which I couldn’t see from the report, is to what extent Financial Services can move with the retailing businesses or not. To a large extent, these retailers co-exist as a financing business and a retail business. If you try to sell these without the financing leg, I think it is going to be very difficult.

GUGULETHU MFUPHI: KPMG’s commentary that they estimate that the dividend for creditors will be a lot higher, following liquidation instead of via business rescue. Is this just another way of examining the situation?

JAN VAN NIEKERK: Well, I thought it was the other way. They said the creditors of liquidation would be lower than in business rescue, so what they’re saying is if we keep on running the business, as a growing concern, we can look after our creditors better than just liquidating and having a fine, which sort of makes sense.

ALEC HOGG: Getting closer to home, we see that RE:CM itself hit the headlines yesterday with a big stake in Cadiz. Are you guys looking at some kind of a transaction or a corporate action there?

JAN VAN NIEKERK: Alec, I think what happens is…

ALEC HOGG: Well you are here, so…

JAN VAN NIEKERK: We own a share of Cadiz for our clients.

JAN VAN NIEKERK: Yes, it was less than 25 percent and then in Cadiz management, they did the right thing by buying back some of their shares, which we thought had a low price and cancelled those, which means that our clients ended up owning more than 25 percent and it was part of normal portfolio action. That brought it back to below 25 percent.

GUGULETHU MFUPHI: Is this part of buying in the dips and, like you said, maybe the deep value investing for the long term because the last time we saw Cadiz results they weren’t too impressive, if I’m not mistaken?

JAN VAN NIEKERK: Look, Cadiz as a business, have been finding it difficult in the last [inaudible: 04:00] and their share price has been reflecting that, so as a value investor we will look at the tangible net asset value and the probability of the business carrying on. I think it is important to make clear that it is not RE:CM. It’s on behalf of our clients’ portfolio.

ALEC HOGG: So it’s a portfolio investment in other words. Just as we were talking, whipping through, thanks to the management of a PDF and there’s definitely no mention in this 118-page document of a purchaser for Wetherlys yet, so that would be one that might fit nicely. I was just wondering why we aren’t seeing Steinhoff paying attention here.

JAN VAN NIEKERK: The agreements have probably not been; there’s probably no agreement yet. I would have thought that someone like Coricraft would also be interested in Wetherlys. They’re buying Dial-a-Bed, which is interesting.

ALEC HOGG: Around there. PPC – that’s our big story for today. Ketso Gordhan is actually watching this, he’s quite a big guy, so you need to…well you’re a bigger guy, so you need to count your words. What do you make of this fairly historic facing off between the board of directors and an outgoing CEO?

JAN VAN NIEKERK: Firstly, I think Mr. Gordhan found himself in a difficult position but I also think that you have to commend him for the way he’s gone about sticking to and speaking to what he believes in. I think the other thing, which is a good thing, is that you see that public shareholders, who normally act very passively in South Africa, are stepping up. I compliment the guys from asset management businesses that have put their name to it, written the letter, and requested the board meeting to go ahead. We’ve seen there’s been technical ways of delaying it but, in essence, those fund managers represent the onus of the business and I think it is important that all stakeholders are heard in the process.

ALEC HOGG: But Visio is a hedge fund, so you’d expect them there, Foord do their own thing, so you could expect them too. Old Mutual is the surprise. They’re not known to be shareholder activists but maybe they’re changing.

JAN VAN NIEKERK: Although, if you think over the years, they have been involved in some of these. I think none of the names you mentioned are notorious for getting involved in it, and I think that’s the point you need to make. That for people that generally don’t do this on a regular basis, to get involved, I think they do take it seriously. I think broader the events, in the South African market in the last 12, the ATI, PPC and a lot of them. Investors or the public, for the first time, glimpse a little bit, of what’s going on in boardrooms and in businesses. By the time, you get the annual report it is nice and clean. The graphs are smooth but real business is a messy thing. I think some of this we see now. In the end, I think the objective here, as far as I can see, is to unlock value for their shareholders, of PPC and I think if you have people that feel strong enough, you are probably going to get a good outcome.

GUGULETHU MFUPHI: Jan, thank you so much for your time today. That was Jan van Niekerk, CEO of RECM. After the break, we will chat to the man himself, Ketso Gordhan, former Chief Executive of PPC. Don’t go anywhere.