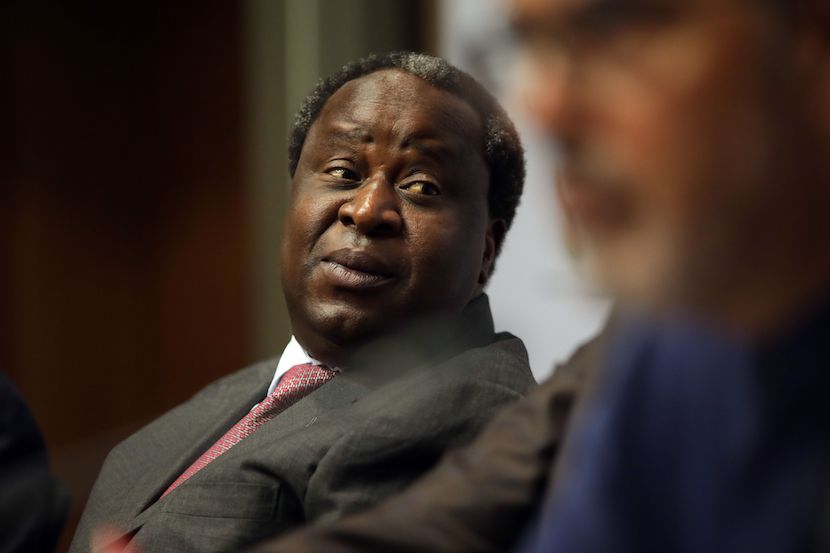 During Finance Minister Tito Mboweni’s budget speech, some sobering truths were revealed. South Africa’s sovereign debt situation is enough to make anyone’s eyes water. In the face of declining tax revenue, an 80% debt to GDP ratio is, by any definition, a crisis. With the public sector wage bill now gobbling 47% of the tax collected from a shrinking tax base (owing to record high unemployment levels), Mboweni can no longer deny that something has got to give. The pandemic has squeezed another R230bn from a country that can no longer afford to run itself without borrowing at an alarming rate. The reality is that leadership will have to make some changes that will, no doubt, be unpopular amongst civil servants. The Democratic Alliance has assessed some of the ruling party’s challenges and offers its own plan to tackle the country’s debt problems. John Steenhuissen lays out the opposition’s rationale, along with some simple truths. – Melani Nathan

Budget: Only the DA will get SA’s debt under control

Albert Einstein was being perfectly serious when he quipped that compound interest is the most powerful force in the universe. If we don’t resolve our debt crisis very soon, South Africans are going to learn this the hard way with sudden, deep, painful cuts across state spending.

On Monday, the DA released our Alternative Budget, a credible and costed plan to get the ANC’s debt under control, and thereby protect essential social spending, such as on grants, health, education, and safety.

With very achievable spending cuts, and whilst still protecting essential social spending and frontline staff wages, the DA’s Alternative Budget turns debt around by 2024/25, and at a 2.5 percentage point lower peak debt rate than the ANC, which optimistically forecasts getting debt under control by 2025/26.

Getting debt under control sooner means lower debt service costs (because lenders see us as less risky, so are prepared to lend at lower interest rates), which then allows for greater investment in social spending.

No one should underestimate South Africa’s debt problem. We’re borrowing R2bn every day at high-interest rates, with no real plan or ability to pay back this fast-rising debt. That’s completely unsustainable – something’s got to give.

Currently, interest on debt is our fastest-growing expense category. We already spend R1 in every R5 of tax revenue on it, and that will become R1 in every R2 within a few years unless we get our debt under control. As our interest payments grow, so the amount we have left for poverty relief shrinks.

At some point – probably in the next three to seven years – we’ll have a full-blown sovereign debt crisis when lenders stop lending to SA altogether. The consequences will be profoundly painful for society – wider poverty and deep cuts to social spending. As with other government failures, the poor always suffer most.

Unsustainable debt is also deeply unfair on young people, who’ll have to pay it back out of their tax earnings one day. Every child born in South Africa today immediately carries a debt burden of their R67,000 share of South Africa’s R4trn of debt.

Reforms that enable our economy to grow are the only way to get South Africa out of this crisis other than painful spending cuts.

Finance Minister Tito Mboweni is acutely aware of this but has been unable to force these through, for purely political reasons. Having lost the ability to deliver on their promise of a better life for all, the ANC has opted to deliver a better life for connected cronies to shore up their political support, at the expense of the majority.

So the DA will be tabling every one of the most critical reform measures in Parliament and will press ahead with this reform agenda where we are in government. With significant support for these reforms on the opposition benches, only about one-third of ANC MPs will need to support them, to get them pushed through.

A faster-growing economy has incredible power to reverse our economic fortunes. It would bend our unemployment trajectory, which is now at 42.6%, and grow tax revenues without increasing tax rates. Economic growth of just 1.5 percentage points above our current average growth rate will resolve our national debt crisis.

Along with economic reforms to unlock growth, we also need a budget that gets debt under control in the earliest possible time. The DA’s Alternative Budget:

It is never easy to cut budgets, but it is far less painful than allowing SA to descend into a full-blown debt crisis. So the DA proposes the following spending cuts:

The DA is the only party that South Africans can rely on to build a more prosperous country for poor people today and for future generations. A vote for the DA in the 2021 local government elections will be a vote for growth and sustainability – and for Albert Einstein’s logic that the sooner you get debt under control the better.