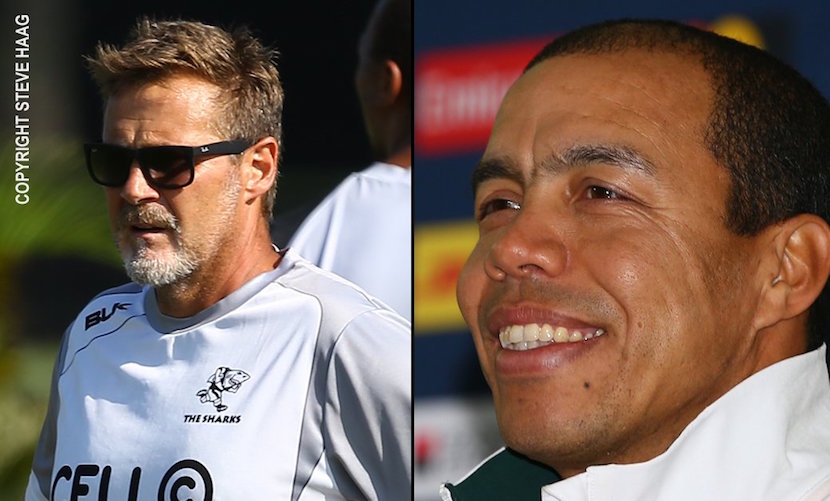 Robert du Preez Snr must have an interesting time when he prepares his Currie Cup squad for a clash against Western Province, as he works out how to defeat his eldest son. The former Bok scrumhalf also coaches his younger twins – Daniel and Jean-Luc at the Sharks. But as he’s been backline coach for the Sharks in Super Rugby, he’s probably used to the family dynamics. He’s been confirmed as head coach of the Sharks Currie Cup team, and will be assisted by former Springbok assistant coach Ricardo Loubscher, who has been out of a job since serving under Heyneke Meyer for four years. – David O’Sullivan

Durban – Following the Sharks exit in the quarter-finals of the Super Rugby competition, Director of Rugby Gary Gold, on Tuesday confirmed that Robert du Preez will head-up the Sharks’ Currie Cup campaign, which commences next week.

Du Preez will be ably supported by his fellow Super Rugby assistant coaches. In addition to this, Gold also announced the appointment of former Springbok assistant coach, Ricardo Loubscher, as skills coach, on a three-year contract.

Gold said: “Having previously played at the Sharks, Ricardo will be making a welcome return to Durban in his new role as skills coach. He has enjoyed success in his coaching roles with the Bulls and Springboks and we look forward to having him join our set-up.

Loubscher officially joins the team on Wednesday, ahead of the start of the campaign. – Sport24