(Bloomberg) – Microsoft will offer cloud-computing services from data centres in Africa for the first time, seeking an edge over rivals in targeting local customers.

The software maker said Thursday it plans to open two data centers in Johannesburg and Cape Town as part of an expansion that stretches across 40 regions globally. Previously companies in Africa had to rely on Microsoft’s European data-centre hubs such as Ireland and the Netherlands.

“We’re excited by the growing demand for cloud services in Africa and the ability of the cloud to act as a catalyst for new economic opportunities,” Scott Guthrie, Microsoft’s executive vice president for cloud and enterprise, said in a statement.

By moving data centres closer to customers, Microsoft is able to speed up cloud-service delivery and comply with laws that require certain data to be stored locally. The expansion in Africa will allow Microsoft to get a jump on its larger cloud rival Amazon.com.

The availability of cloud services from within Africa will spur entrepreneurship and fuel business growth, Guthrie said. Microsoft will sell Azure computing power and Office 365 internet-based apps from South Africa starting in 2018, the company said.

Analysis from the International Data Corporation:

Microsoft has announced that they will deploy hyperscale data centres in South Africa to deliver Azure services. According to Jon Tullett, research manager of IT Services at IDC Africa, this is a significant announcement as none of the top-tier cloud providers has traditionally had a data centre footprint in Africa. It, therefore, gives Microsoft a significant advantage on the African continent.

“In the past, there have been a lot of questions around these providers’ commitment to the region because of their lack of data centre infrastructure on the continent,” says Tullett. “A year ago, we saw IBM start to deploy infrastructure here, which was a step in the right direction, but this is another level. This is Microsoft showing that they are all in, with multiple data centres, full redundancy and the full stack of services available.”

He says this move by Microsoft tackles several concerns head on. “Microsoft is sending a very strong message about the company’s commitment to the local market through this announcement,” says Tullett. “It also addresses the issue around data sovereignty. There are a lot of concerns around data governance and moving sensitive data offshore, and this will obviously resolve that issue immediately.”

Tullett adds that this is a rare opportunity for Microsoft to confidently state that they offer capabilities which chief rival Amazon cannot. “Amazon is the 800-pound gorilla in the room. They dominate the cloud space and at this stage, almost anything that Microsoft or Google can do, Amazon either already has or can build quickly. Now, Microsoft can stand up and say that they can deliver locally hosted resources that allow for in-country data governance, and Amazon can’t. Microsoft has a strategic advantage which is significant, though possibly for a short window period.”

This also provides Microsoft with a strategic opportunity to engage more with the South African government. “Cracking the public sector cloud opportunity is hard because the government has very specific regulations that must be adhered to, but this takes care of that,” he says. “So, they are likely to increase their foothold in public sector cloud, where their brand awareness is already high.”

But what does this really mean for the local market? “We are already seeing an uptick in the adoption for software-as-a-services (SaaS) and platform-as-a-service (PaaS) specifically. The downturn in the economy is a big factor here, increasing pressure to move from CAPEX to OPEX models and, while that is already accelerating the deployment of cloud, this announcement is likely to stimulate further growth. There has also been deferred project spend because of the ongoing economic conditions and this removes another barrier to unlocking some of that spend.” Tullett says this will likely be the catalyst for some renewed growth in the cloud space and there will be a knock-on benefit for other cloud providers. “The increased cloud traction will definitely benefit other providers, but Microsoft is well-positioned to take first-mover advantage of it.”

IDC notes that Microsoft will not be building data centres in South Africa, but have opted for a collocation option, housing infrastructure with an existing local data centre operator instead. “This model is not unique to what they are doing in South Africa and it minimises their risk in terms of infrastructure investment. At Microsoft’s request, we are not disclosing who the collocation partner is at this stage,” he says. “The impact on other providers remains to be seen, though Microsoft has not indicated any changes in its partner programme.”

Tullett does not expect a significant increase in Microsoft headcount for the project. “It takes relatively few people to run a hyperscale data centre. These cloud providers have invested heavily in automation technologies to keep their cost of deploying into a new region as low as possible, so you are not going to see Microsoft hiring tons of cloud engineers in South Africa. They will however be sourcing most of the equipment locally.” 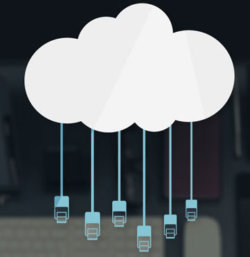 Microsoft has stated that deployment will start immediately, with general availability a year from now; Tullett expects some services to go live with early adopters in the first half of next year. The multinational currently has data centres in 38 regions and this will now be increased to 40. They will have a programme in place to assist customers in migrating services and data from offshore zones to the South African facilities. “That sense of wanting your data close to home and under control is strong, so I think we will see migration of customers moving their workloads to South Africa. That will only increase pressure on competitors to follow suit with local infrastructure.”

Tullett says it is evident that cloud adoption in South Africa has reached a tipping point in terms of potential revenue and growth, and that this is good news for the entire cloud ecosystem in South Africa. “At the end of 2016, IDC made the prediction that we will see at least one major global cloud provider establishing local data centre infrastructure to service the region during 2017.” IDC has pegged cloud revenue growth at 23% this year, with signs that the SaaS and PaaS markets in particular are poised to accelerate further. “Clearly, we have reached whatever threshold Microsoft needed to see, in terms of revenue and growth, to make it worthwhile investing in the country. This is not only good for Microsoft and its partners, but reflects really well on South Africa in terms of cloud adoption. What we’ve been saying in terms of cloud growth is clearly mirrored here by Microsoft’s cloud strategy. Through their actions, they are saying that the market is growing at a fast enough pace to warrant a substantial investment and that is very good news for the entire cloud ecosystem in South Africa,” he says.