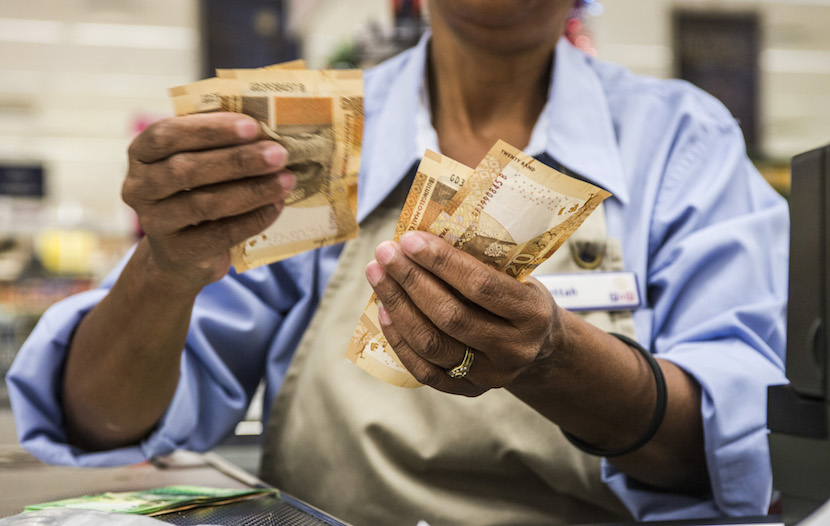 In any analysis one must use the facts to base a coherent argument. And that’s exactly what the Institute of Race Relations Phumlani UMajozi has done. He’s bewildered that the general public cannot see that the current government run by President Jacob Zuma is the architect of the economic crisis bedevilling the country. UMajozi looks at two key policies that provide proof behind the economic quagmire – the Expropriation Bill and National Health Insurance. And he says government should be held accountable, and the only way for that is through the ballot box. – Stuart Lowman

At the moment, South Africa is enduring an economic crisis. Most of us do not know how we will get out of the mess we are in. Ever since President Jacob Zuma took the driving seat, things have gotten worse. The economy is in tatters – the rand weakened to its lowest levels ever over past few months, unemployment remains at 40%, Eskom’s electricity production continues to fail to match the rising electricity demand, prices are going up, growth this year is projected to be less than 1%.

What is very striking, to me, is that most South Africans, it seems, do not see that President Zuma’s government is the architect of the economic crisis we are in. They are unaware of this fact probably because they choose to listen to desperate politicians on matters of economics, not professional economists. This then leads to a misconception – that we are in this crisis because the private sector, capitalism, isn’t working – not because of government’s disastrous policies.

The recent passing of the Expropriation Bill by our parliament is one of many proofs that show our government is behind our economic quagmire. Not that the whole bill is irrelevant and should be scrapped; it is its details that are troubling. As Dr Anthea Jeffrery of the South African Institute of Race Relations (IRR) explained last week, African National Congress’ government “is intent on using the apartheid land injustice to bring ever more land into the State’s ownership or control. This is a recipe for creeping land nationalisation”. What this means is that private property rights are under threat.

Any nation’s prosperity relies heavily on the protection of private property rights. The moment government takes control of peoples’ properties through legislation or, at worse, using violent tactics, the chances of lasting prosperity become slim to none. Look at Zimbabwe.

What we are told, about this bill, is that should government expropriate our homes, or farms, or businesses, or any of our assets, we will be compensated. The only problem is that when you dig deep into the elements of it, you find that, actually, government’s intention is to grab and take control of our assets without having to compensate us. This is unacceptable.

If President Zuma’s government continues to abuse private property rights through these bills and laws, the much needed investment to grow our economy, whether foreign or domestic, will dry up. Which then means we’ll continue hitting the bottom, be it on economic growth or job creation.

What our government is very good at, is peddling the notion that this is one of their efforts to address land reform and injustices of the past; and sadly, many people buy that. But, surely, if they were serious about land reform, then their bill would have guaranteed the protection of private property rights. In its current form it doesn’t, and that’s a recipe for a looming disaster.

It is crystal clear that all the economic challenges that we face at the moment were engineered by our government. The occasional power crisis, that costs millions of rands, has been manufactured by government. Eskom, with its failure to keep up with the rising electricity demand, still remains in the hands of government. The barriers to entry into the energy sector have made it very difficult for private individuals to enter the market and produce electricity. And there are many other dysfunctional, loss-making parastatals that we taxpayers have to always bail out.

It is government that hiked taxes last year and this year – and this I believe will stifle business growth and slow down job creation. President Zuma’s flips-flops and scandals in his administration have contributed immensely to the deterioration of the rand – which has pushed up the cost of living for all South Africans. E-tolls went up weeks ago – which meant more debt for those who haven’t settled their accounts.

As incompetent and destructive as our government is, it still seems determined to pursue its damaging left-wing transformation agenda. The National Health Insurance (NHI), universal healthcare coverage, is its next massive programme. This programme will cost South Africans billions of rands. Instead of encouraging market-driven health care, and financing private health care access for the poor, to promote consumer choice, President Zuma’s government sees it fit to take charge of our health care system.

As our health care expert at the Free Market Foundation, Jasson Urbach, argued last month, we won’t afford the scheme like the NHI. Yet President Zuma’s government is determined to make this NHI operational as soon as possible. And when our economy suffers and millions remain unemployed, capitalism will be blamed.

South Africans better start believing that it is government that is behind our economic woes. It’s not the free enterprise system. Government is to blame for high unemployment and poverty in the country.

And that is why it is crucial to hold our politicians accountable at the ballot box. When they stifle business growth, repress our liberties, steal taxpayers’ money, they should be punished. President Zuma’s administration has inflicted severe damage to our economy. We should act as soon as possible.