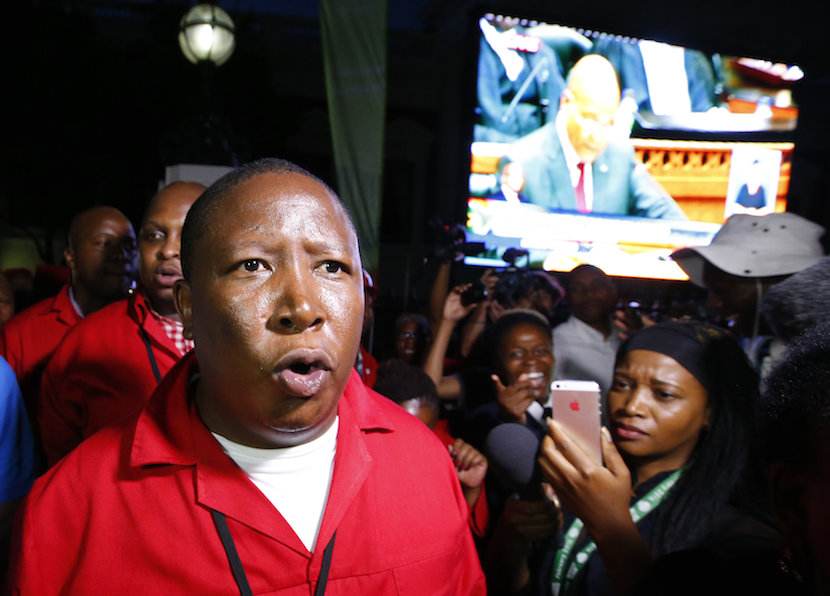 While the run up to and during the municipal elections may have caused many sleepless nights, the fun is only about to begin. These elections are a reality check for the ruling ANC, and it will be interesting to see how Luthuli House reacts. You don’t want the stamp of worst performance in the democratic era to define your campaign. The era of competitive politics has also dawned on South Africa as the regular majority rule was wiped out in the major cities. This opens the door to coalition politics, something the Democratic Alliance previously mastered in the Western Cape. But the trump card lies with the Economic Freedom Fighters, with Julius Malema donning the Kingmaker tag. And as political analyst Daniel Silke suggests, the most likely partnership is with the ANC, which may suggest a slight shift to the ‘left’. And don’t assume that this political stability will bring economic stability, not something Finance Minister Pravin Gordhan needs with a looming downgrade and next to nothing growth on the cards this year. South African politics just got a whole lot more interesting. This is a scenario that would be the less beneficial coalition option for South Africa but may very well be revered by a number of more positive permutations. – Stuart Lowman

Whilst many South Africans are cheering the dawn of a more competitive political era and an election process that was remarkably free and fair, the country’s democratic state remains fragile.

What is now crucial is just how the ANC interprets the outcome. And it’s an outcome of very mixed messages for the governing party.

In comparison with the National Election in 2014 (since the EFF had already been formed) these local elections saw the DA grow by 21% (from 22.23% to 26.90%) and the EFF by 29% (from 6.35% to 8.2%). In other words, the two parties that together squeezed the ANC did so, more or less, evenly. And both the DA and EFF could not be more diametrically apart on policy, principle and political performance.

So whilst the ANC can talk about being introspective and listening afresh to the voters, the key issue is what type of political message has been sent. Much clearer for the ANC is the message voters sent about governance.

Poor policy and delivery performance at both local and national levels is sure to be high on the set of criteria voters’ chose to punish the ANC. And, ongoing weak leadership, party factionalism and the role of President Zuma will also be right up there. A combination of governance and leadership failures at both local and national level is easy to spot.

Not so easy is what political message voters sent to the governing party. Were they moving towards a more liberal social-market economy (or the ‘equal opportunity’) message of the DA or did they like the populist and redistributive message from Julius Malema?

Although a full numerical and geo-political analysis of swings have yet to be done, the virtual dual shifts away from the ANC muddy the water as to which side of the ideological equation, the ANC may shift to.

This issue is not only important in assessing the orientation of future economic and social policy, it also has a bearing on the vexed issue of coalition partnerships that at the time of writing have yet to be finalized.

Julius Malema’s divorce from the ANC has always felt like a family feud gone severely wrong – grim in the short-term but always with the potential for some type of uneasy reconciliation.

Whilst Malema has recently expressed his unwillingness to enter into negotiations with the ANC should there be hung councils, the familial links will remain important as both parties review part animosities in order to take power.

The ANC continues to have the power of patronage behind it that could be very alluring to many in the EFF. The EFF may also see this as a chance to take their newfound strength and really influence the ANC from the inside as the days of Jacob Zuma rapidly wane.

Ultimately, an agreement between the ANC and EFF shuts out the DA from the country’s economic and symbolic heartland – and this has to be the first prize for an ANC staring down the possibility of losing Gauteng in 2019 and becoming a more rural political entity.

And, there is still much synergy in economic policy outlook between the EFF and ANC. The language of labeling ‘white monopoly capitalism’ for all the wrongs in the world – and attempting to destroy it is shared across both parties albeit in different degrees.

When you add the familial links and priority for the ANC to keep the DA as far from power as possible, an ANC/EFF arrangement looks more likely. Should this be the case, the short-lived euphoria of the markets and value of the Rand might be stunted.

Any coalition arrangement with the EFF may result in some policy and budgetary compromise for the ANC. It would be a shift to the populist left to appease their newfound coalition partners. This would put at risk South Africa’s ratings and would endanger economic reform in the country.

Furthermore, our local election always had and will have national ramifications. It’s not just Metro or municipal economic policy that can be influenced – but the national sphere as well.

Finally, in such a scenario, there are winners and losers. Yes, the EFF will be real kingmakers but the moderates of Paul Mashatile, David Makhuru and Parks Tau will be the losers. And, so would Pravin Gordhan and his team – waiting with eagerness to secure some important policy reforms to prevent that looming downgrade.

Whilst the EFF may keep the ANC in power, any rapprochement will also have its consequences. Pandering to a coalition partners to keep them on board – and the EFF would always feel it could push the coalition boundaries – can unleash a backlash from the ANC’s pragmatists.

It’s a scenario that might provide a short-term solution, but don’t assume coalition government means stability – especially when these bedfellows are involved.