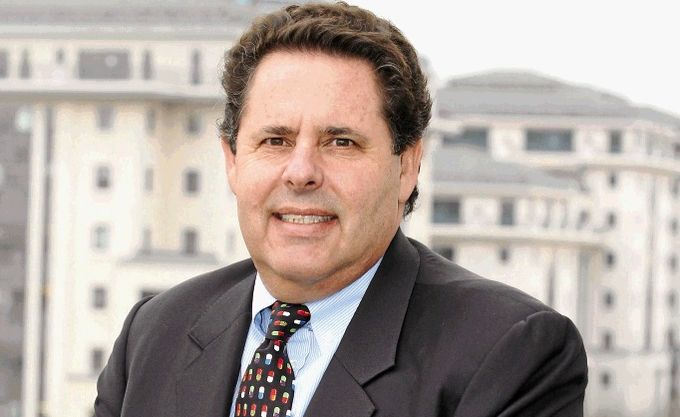 Ever since family-owned Chilean group CFR expressed interest in acquiring underperforming SA group Adcock Ingram, some leading shareholders urged it to put a cash-only offer on the table.  With hindsight, had the Weinstein family done so a month back, they would now be preparing to taking their Adcock “bride” home. Instead, over the weekend the Chilean bid looked dead in the water. Unless the resources are found to table an all-cash offer, the Chileans may as well pack it all in.  But there might be another twist in this tale. A statement issued today suggests so: “Whilst the share component of our offer goes to the heart of our investment proposition, we believe that an all cash outcome could be readily achieved if desired by the PIC.” If that can be done for the PIC, perhaps other shareholders could also get cash? If so, that could swing things back to the Chileans again.

On Sunday, Daniel Matjila , CIO of the Public Investment Company, told Reuters the PIC has no interest in supporting the bid in its current part cash, part CFR shares form.  Matjila told the news agency: “This new offer doesn’t change much. It’s a small increase. Our message is clear: we want cash, we don’t want their shares.”

It is surprising that virtually from the outset CFR chose to ignore the all-cash message. When I put this to CFR’s CEO Alejandro Weinstein in our CNBC Africa interview, he said shareholders had told him they wanted to participate in the upside of the combined group he was hoping to create. Subsequent analysis by independent investment analyst Mark Ingham  showed although Adcock would account for 40% of the enlarged CFR, the SA contingent would only have a 17% share.

With hindsight, CFR’s bigger mistake was not appreciating that without the PIC the deal was never going to happen. Next to landing the support of the Adcock board of directors, it was critical for the Chileans to get the biggest shareholder onside. With 19% of the votes held by the PIC – and a 75% acceptance required – it was always obvious that the PIC was the “kingmaker” and without its vote there was never going to be a deal.  Without the PIC sewn up,  flying journalists to Chile,  flighting “support us” adverts on the radio, hiring “super helpers” and engaging other traditional takeover battle tools were a waste of money.

The PIC wants a cash-only deal. It is not alone. Canny asset manager Dave Foord, whose clients own 10% of Adcock’s equity, also refrained from publicly supporting the bid, probably for the same reason. Weinstein’s petulance won’t change any of that. Reuters says he reacted to the PIC’s latest rejection by slamming Matjila for sending “mixed and confusing messages. We have not been given any clarity around what the PIC regards as the fair or acceptable value for Adcock.”

Weinstein also told Reuters he would continue trying to convince the PIC of the merits of the offer. Unless he puts cash on the table, he’s wasting his time. On the other hand, should CFR be able to stump up the ready – and the size of this deal relative to CFR’s market cap means that’s no given – it may well succeed. Although there is always the risk Bidvest will counter with an offer higher than its tabled R70 cash for 34.5%. Bidvest is four times CFR’s size, has a strong BEE partner and has a record of being able to turn around poor performers.

The saga looks to be heading for a rational conclusion. Trying to paint this as a potential blow to SA’s ability to attract foreign investment is disingenuous. CFR blundered by trying to convince Adcock shareholders to take equity they never really wanted.  It is likely to pay the price.  Unless, of course, it goes for an all cash offer. The statement issued by CFR this morning hints at that. So maybe the battle isn’t over after all? – AH

“CFR PHARMACEUTICALS S.A. (“CFR”) NOTES WITH DISAPPOINTMENT THE REMARKS ATTRIBUTED TO DR DANIEL MATJILA OF THE PUBLIC INVESTMENT CORPORATION (“PIC”) IN RELATION TO CFR’S REVISED R12.8 BILLION OFFER FOR ADCOCK INGRAM AND CERTAIN ALLEGATIONS THAT WERE MADE

IN LIGHT OF THESE COMMENTS, WE, CFR, WISH TO MAKE THE FOLLOWING STATEMENT:

1.         Aspersions are now being cast on CFR’s standing, the virtue of its intentions and the quality of our company as an investment vehicle. They are unfounded. CFR is a 95 year-old business of significant standing in its home markets of South America. Our listing on the public markets three years ago was 11 times oversubscribed. As a consequence of our proposed investment and the accompanying capital raise, the founding Weinstein family are proposing to dilute the family’s controlling interest in CFR, adding further liquidity to an already liquid stock. By retaining a significant stake, the Weinstein family’s wealth is substantially tied-up in the fortunes of CFR. This represents a significant commitment to the investment and to delivering on the anticipated benefits of the combination for all shareholders. Adcock Ingram shareholders would participate alongside our other global international shareholders, the likes of Fidelity, J.P. Morgan, Genesis and Baron.

3.         We have been welcomed by the South African Government and key agencies, which we have appreciated. All engagements regarding our proposed investment have been conducted in an open, constructive and enthusiastic spirit. In line with South Africa’s national imperatives and policy priorities, we have been asked to provide, and have subsequently given, certain undertakings to underpin the anticipated benefits to South Africa. We understand the importance of making these undertakings at this time for South Africa and reaffirm our commitment to stand by them.

4.         In stark contrast, our engagements with the PIC have been stilted and challenging. We have struggled to gain access to senior executives within the PIC in any meaningful way for reasons that are unclear and despite numerous attempts to do so. None of our engagements with the PIC have concluded satisfactorily and the messages we have received have been mixed and confusing. The impression created is that the criticisms levelled at our offer by the PIC have little to do with the commercial merits and are instead intended to allow a local buyer to succeed over a foreign buyer.

5.         We note Dr Matjila’s comments that our offer “greatly” undervalues Adcock Ingram and that the PIC wants an all cash offer. We last met with Dr Matjila in August 2013. During these meetings, Dr Matjila did not raise any concerns around price or valuation of our then proposed offer but focused rather on other aspects, including the BEE elements. We have since then pledged to increase the BEE ownership of Adcock Ingram within a reasonable timeframe as required by the Department of Trade and Industry.

6.         As of today, our revised offer is ZAR74.50, which represents a premium of 33 per cent to Adcock Ingram’s unaffected share price and multiples of approximately 13.4x earnings before interest, tax, depreciation and amortisation and approximately 22x earnings for the last twelve months. On a see-through basis, our revised offer is worth more to Adcock Ingram shareholders and that is before the value of synergies expected to come from the combination. J.P. Morgan, a leading investment bank, places a fair valuation range on Adcock Ingram of ZAR66 to ZAR71. ISS and Glass Lewis, two leading international providers of corporate governance research, have independently published reports recommending their clients vote in favour of the CFR offer. Adcock Ingram was trading at around ZAR55 per share when Bidvest made its approach in March. At that time, Adcock Ingram’s business performance was significantly better than it is today. On any metric, therefore, it is clear we are paying a full price. In March 2013, the PIC gave support to The Bidvest Group Limited (“Bidvest”) at a price of less than ZAR63 (which would have fallen further given the earnings adjustment in the Bidvest offer). The PIC has also given formal support to another potential offeror on less favourable commercial terms to ours.

7.         Our offer gives Adcock Ingram much needed exposure to attractive growth markets at an attractive valuation, which would significantly enhance Adcock Ingram’s ability to compete against its emerging market pharmaceutical competitors and would provide diversification across potential payers, single market pricing dynamics and currencies. In addition, CFR will also provide Adcock Ingram with much needed access to new product lines and dosage forms, something that no other alternative can provide.

8.         Whilst we continue to strongly believe in the investment proposition for Adcock Ingram shareholders of participating meaningfully in the combination of CFR and Adcock Ingram, it appears to be the PIC’s preference to cash out completely. Whilst the share component of our offer goes to the heart of our investment proposition, we believe that an all cash outcome could be readily achieved if desired by the PIC. Of the approximately maximum 50 per cent of the offer consideration to be received by the PIC in CFR shares, the PIC would be able to monetise all or a portion of the scrip consideration through either the offered mix and match facility, where we expect there will be an over-subscription for CFR shares from other shareholders, or alternatively through a sale post implementation to any number of third parties that have come forward to express an interest in acquiring a meaningful interest in the combined company in what is anticipated to be a highly liquid aftermarket.

9.         We have not discussed or received any formal feedback from the PIC on our revised offer announced on 13 December 2013. The issues raised by the PIC in early November 2013 were addressed in a comprehensive letter to the PIC dated 22 November 2013 and in a recent meeting between a combined Adcock Ingram / CFR delegation and the PIC Investment Team. A further letter to the PIC dated 8 December 2013 trying to cure the lack of communication and seeming impasse has gone unanswered.

10.       Our investment is a vote of confidence in South Africa. Other than the PIC and Bidvest, Adcock Ingram has approximately 9,000 other shareholders and we have received overwhelming support. We also have the support of Adcock Ingram’s BEE shareholders and a number of its key suppliers, including importantly Baxter, who have publicly affirmed their satisfaction with our bilateral arrangements and confirmed that no agreement exists with any other potential offeror.

11.       We recognise that the PIC, which controls approximately 20 per cent of Adcock Ingram, has a veto over any offer for Adcock Ingram. Notwithstanding the failings in our engagement with the PIC to date, we remain available and open to engaging with the PIC at any time. We are willing to engage with the PIC to discuss and demonstrate how an all cash outcome could be achieved. Given the lack of clarity around the PIC’s position combined with on-the-record comments in July stating a preference for a local buyer and the PIC’s active support for other potential offerors, the current approach appears to be driven by protectionism. We, therefore appeal to the Board of Directors and Investment Committee of the PIC to provide a single endorsed view that clarifies the PIC’s institutional position with respect to our offer in the interests of transparency and certainty.”