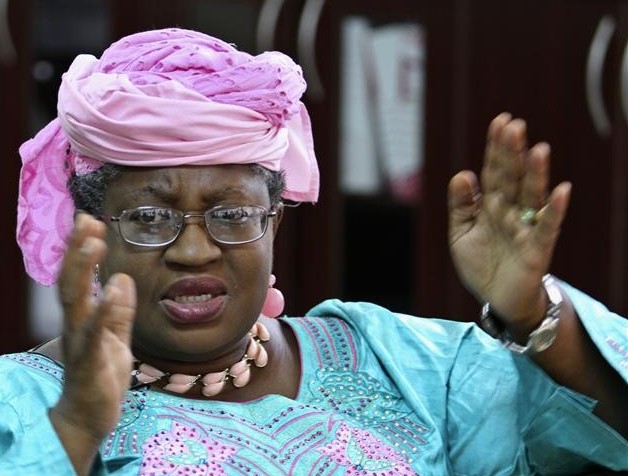 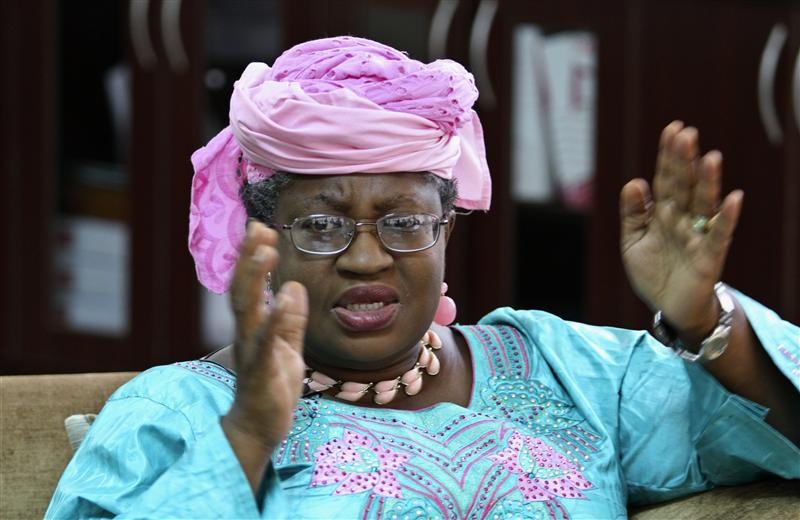 Almost a decade ago on a fortunate Davos morning, I was the only member of the WEF’s Media Leaders programme to turn up for a session with then Nigerian President Olusegun Obasanjo and Finance Minister Ngozi Okonjo-Iweala (right) . It turned into a privileged hour with the two people engineering that country’s debt forgiveness which, together with the oil boom, transformed Nigeria from basket case to potential superstar. Since those dark days, the Nigerian people burst onto the global stage. Sometimes a little brash, occasionally over-confident, but always enthusiastic, enterprising and usually displaying a work ethic notable by its absent among counterparts down south. In this interview with Reuters, Okonjo-Iweala, who was re-installed as Finance Minister after a stint at the World Bank, exudes confidence. With Nigeria’s growth rate at almost 7%, falling inflation, a current account surplus, a tiny budget deficit and a business-friendly Government – why shouldn’t she? – AH

By Pascal Fletcher and Tim Cocks

ABUJA (Reuters) – Nigeria has a strong, buoyant economy receiving billions of dollars of foreign and domestic direct investment in power, petrochemicals, agriculture and consumer goods, but it needs to grow faster to reduce poverty, its finance minister said,

In a spirited response to what she called a trend of “talking down on Nigeria”, Ngozi Okonjo-Iweala said she was not concerned about short-term outflows of portfolio investment which did not reflect the macro-economic fundamentals and long-term prospects of Africa’s No. 1 crude producer.

“We must be careful not to start believing in the pessimism that is hung around our necks,” she told Reuters in an interview late after hosting a meeting in the Nigerian capital of African finance and planning ministers.

Africa’s second largest economy has experienced currency, debt and stock market outflows as it suffers contagion from an investor flight from emerging markets triggered by the U.S. Federal Reserve’s winding down of its bond-buying programme.

Political risk concerns have also increased ahead of what is likely to be a hotly contested presidential election due early next year, and following President Goodluck Jonathan’s suspension in February of respected central bank chief Lamido Sanusi after he had publicly questioned massive oil revenue leakages in the state oil firm.

“I don’t care about portfolio flows, I’m interested in FDI (foreign direct investment),” said Okonjo-Iweala, adding that Nigeria was much less dependent on portfolio flows for its financial stability than other emerging market economies. “We are not like South Africa or Turkey or any of these countries”.

“Just look objectively at our indicators,” she said. “We have a current account surplus, we have inflation that is going down, to 7.7 percent, we have a fiscal deficit of 1.9 percent of GDP, we have a debt-to-GDP ratio of 21 percent … a growth rate of 7 percent over the past decade.”

The government was projecting gross domestic product (GDP) growth of 6.75 percent this year, slightly less than the 7.3 percent forecast by the IMF, up from 6.4 percent in 2013.

“But we are terrible, that’s all we ever hear,” the finance minister said with irony, in her rebuttal of what she said were persistently negative portrayals of Nigeria, which faces security and governance challenges, including oil theft, corruption and an insurgency by Islamist sect Boko Haram.

Okonjo-Iweala said however the economy had to grow faster to “really turn the tide on poverty” still affecting a majority of those living in the most populous nation in Africa.

“We need a faster growth rate than 7 percent,” she said.

Listing the factors holding back growth, Okonjo-Iweala said the one cited as most critical by businessmen was the chronic lack of electricity across the nation, a handicap she said the government was addressing through power sector privatisation.

“Even in the villages, you know, you have welders, plumbers, carpenters, and they tell us, look, part of our problem is uncertainty of power supply,” she said.

Solving this power deficit would give a huge boost to the economy. “If Nigeria can grow at 6-7 percent without power, no one can tell what can happen when two to three years from now …. we are able to get power in the country,” she said.

The other major growth-limiting obstacles Okonjo-Iweala cited were difficulty accessing affordable long-term financing and governance and corruption issues, and she insisted the government was working hard to tackle graft.

These problems were not stopping foreign and domestic private investors from launching major investment projects in petrochemicals, agriculture and consumer goods, she said. “Those are the three areas where we see a lot of money coming in,” Okonjo-Iweala said.

Okonjo-Iweala estimated that new domestic direct investment in agriculture totalled around $1.5 billion. She said she was encouraged too by a $1 billion private investment backed by the World Bank and other international lenders being made in a power plant project in Edo State.

She conceded that Nigeria’s rapid growth, like that of the wider African continent, faced “vulnerabilities”.

One was that if this growth was not firmly anchored on sectors that could create the most jobs, Nigeria’s government and others in the rest of Africa would face a problem with young populations not being able to find work.

“We will have a youth problem on our hands, we already have it,” she said. But African governments were addressing this.

“The Africa Rising story is real,” she insisted.