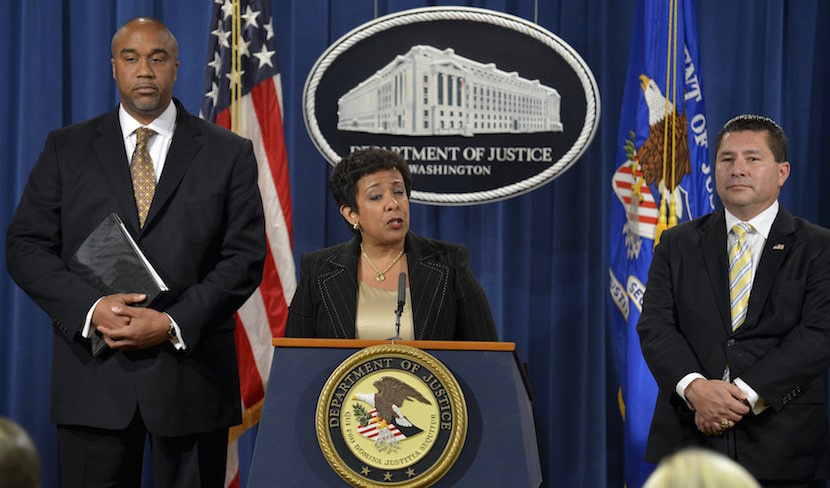 South African efforts to legitimise a $10m payment to corrupt FIFA officials ahead of the 2010 World Cup vote just got trashed. The SA Government does not deny paying the money to the head FIFA’s Concacaf region – Caribbean, North and Central America. But its excuse is this money was earmarked for “soccer development” justified because of ancient African heritage of Caribbean citizens, hence qualifying them as part of the disapora. Whatever slim chance of that being believed was eliminated with the arrest of 16 more FIFA officials in another dawn raid this week; many of them from Concacaf. Those jailed include Alfredo Hawit, current head of Concacaf who carried on the wicked ways of his (already indicted) predecessor. The latest arrests means 39 FIFA officials have now been charged by the US Justice Department for taking $200m in bribes over 24 years. A dozen of them have admitted guilt by turning State Witness. Endemic corruption in the organisation is evident in the latest charge sheet where US Attorney General Loretta Lynch says that despite the initial arrests, it has been bribery-as-usual at FIFA: “The betrayal of trust set forth here is outrageous. The scale of corruption alleged herein is unconscionable. And the message from this announcement should be very clear to every culpable individual who remains in the shadows, hoping to evade our investigation: You will not wait us out.” Including a number of South Africans skulking in dark places. – Alec Hogg

(Bloomberg) — In Zurich, FIFA officials convened to announce plans to clean up global soccer. Swiss police had other plans: They arrested some of these self-professed reformers in a dawn raid on Thursday at a luxury hotel in the Swiss financial center.

Just as they had done in May, Swiss police swept into the Baur au Lac hotel, where guests pay up to $4,000 a night for five-star quality and sumptuous views of Lake Zurich. Their targets: two FIFA vice-presidents.

FIFA has publicly committed to leaving behind the old, corrupt ways of secret cash payments and rigged contracts spelled out in an indictment of 14 people unsealed May 27. But new charges Thursday took aim at 16 more soccer officials, spelling out fresh examples of criminal conduct that took place even after the U.S. rocked the soccer world with its initial charges.

Alfredo Hawit of Honduras is the head of Concacaf, soccer’s governing body for North and Central America and the Caribbean. He ascended to the post after his predecessor was indicted. After May 27, he told a co-conspirator “to create sham contracts” to hide bribes, and to lie to U.S. agents, according to the indictment in federal court in Brooklyn, New York. Hawit, 64, was arrested at the Baur au Lac.

With 12 guilty pleas entered in sealed courtrooms, the Justice Department has now charged 39 people and two sports marketing companies. Despite this tightening net, prosecutors charge, the corruption extended to friendly matches that the Salvadoran national team played on May 31 in Washington and June 5 in Chile.

Fabio Tordin, a Brazilian and former chief executive officer of Traffic Sports USA Inc. in Miami, agreed with a co- conspirator to pay a $5,000 bribe to a Salvadoran soccer official so that his team would play, according to the indictment. After the first indictment was unsealed, Tordin didn’t make the payment.

“In response, the Salvadoran official and others associated with him repeatedly pressured Tordin to make the payment, through telephone calls and letters and by traveling to the United States,” the indictment said.

In the indictment, prosecutors quoted defendants from conversations, suggesting they used recordings to build their cases.

Tordin met in Chicago on July 9 with two defendants, Brayan Jimenez and Hector Trujillo, according to the indictment. The men discussed how they had received bribe payments for the 2022 World Cup qualifying matches.

Tordin met in Miami on Sept. 2 with Rafael Salquero, the former Guatemalan soccer president, according to the indictment. They discussed bribe payments, and Salquero said they should meet in person with a third defendant.

The arrests Thursday stole the spotlight from FIFA’s top executives, who were preparing to announce final proposals to reform the 111-year-old organization.

FIFA’s proposed cleansing efforts include the introduction of term limits for top officials, a total overhaul of the management structure, the introduction of independent executives to oversee key financial decisions and compulsory integrity checks for members of all FIFA committees.

Another new defendant is Juan Angel Napout, head of South American soccer body Conmebol. He was arrested on Thursday. The night before, he was talking about plans to clean up world soccer.

In a Dec. 2 e-mail to Bloomberg News, Napout listed several of FIFA’s proposed measures and said Conmebol is “supporting all of it.” In an earlier exchange, he said he supported the U.S. investigation “from Day One.” Saying he’d had no contact with U.S. authorities, he added that the efforts to clean up the sport would “be amazing for Conmebol.”

Then he was woken from his bed, and walked into an unmarked car heading for a Swiss police cell. The indictment says Napout, who assumed Conmebol’s presidency in August last year, “sought to portray himself as an agent of reform, notwithstanding his own long-standing involvement in the solicitation and receipt of bribe and kickback payments.”

Instead, he was among South American soccer leaders who received an annual six-figure bribe from an Argentine sports marketer, it added. Napout awaits extradition to the U.S.