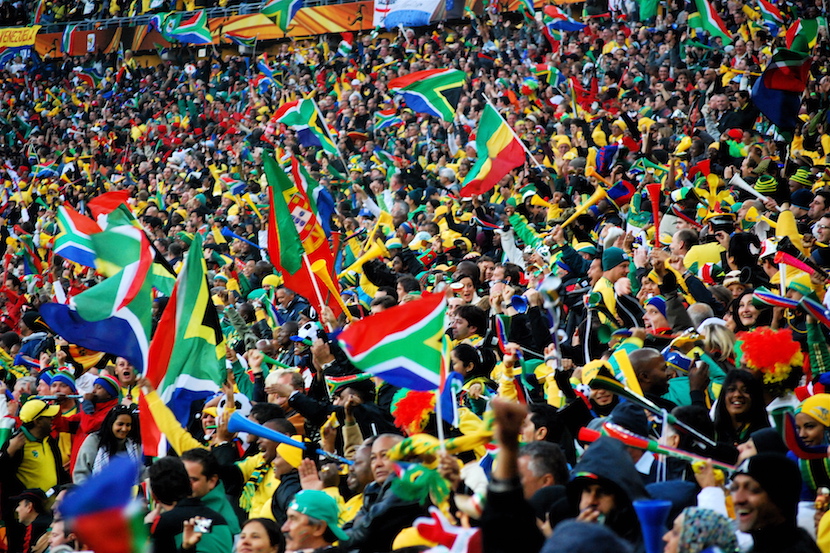 On a day when a lot of South Africa’s dirty laundry was aired, it would have gone a miss if sport was on the sidelines. The allegations that Deputy Finance Minister Mcebisi Jonas was offered the Finance Minister role with Gupta-conditions attached was confirmed. And on the sporting front, FIFA outlined how it believes South Africa paid a $10 million bribe in exchange for votes to secure the right to host the 2010 World Cup. A man who is at the forefront of most things corrupt in local sport is Graeme Joffe. Below is his take on the matter. And just as a fish rots from the head, so he says the same is true of South African sport. – Stuart Lowman

“Fifa in crisis: South Africa ‘paid out £6.5m in bribes’ to Jack Warner and Chuck Blazer to win 2010 World Cup”

The Daily Telegraph ran the story in May last year and alluded to the following details:

South Africa’s Sports Minister, Fikile Mbalula who is often very economical with the truth came out guns blazing in denial.

“SA did not bribe anyone.”

“We frown at any insinuation by the Americans that seeks to depict our government as corrupt, as a government of people who have actually bribed their way through to win the 2010 World Cup bid.”

Ten months later and Mbalula’s frowns and nose must have grown significantly.

On 16 March 2016, Fifa released a report confirming it was a bribe and confirming the allegations in the Telegraph story.

“Defendant Jack Warner, together with his co-conspirators Charles (Chuck) Blazer (who has admitted his crimes and pleaded guilty), defendant Warner’s son Daryan Warner, and other co-conspirators not named in the Superseding Indictment, engineered a 10million dollar pay-off in exchange for executive committee votes regarding where the 2010 FIFA World Cup would be hosted. Ultimately, given defendant Warner’s strong illicit ties to the South African bid committee, the South Africans offered a more attractive bribe of 10million dollars in exchange for Warner’s, Blazer’s, and a third executive committee member’s votes. Warner and his co-conspirators lied to FIFA about the nature of the payment, disguising it as support for the benefit of the ‘African Diaspora’ in the Caribbean region, when in reality it was a bribe. They disguised and funneled the bribe money through the financial accounts of FIFA, member associations, and the 2010 FIFA World Cup local organising committee. At the time of the scheme, Warner was a member of the FIFA executive committee, a FIFA vice president, and the president of both CONCACAF and the Caribbean Football Union, which had 31 member associations in its ranks. Blazer was also a member of FIFA’s executive committee, at times a member of FIFA’s marketing and television committees, and the general secretary of CONCACAF. They breached the fundamental duties they owed to FIFA, CFU, and CONCACAF and stole 10million dollars.”

If you follow the Sports Minister on twitter, “hacked and satire” are two of his favorite cop outs when he’s caught with his pants down, if you’ll excuse the pun.

Sport is the soft under belly of corruption in SA. There is so much money floating around from government, lottery, sponsors and television rights. I’ve said it all along, the rot starts at the very top with the Sports Ministry and SASCOC. They also protect and cover up for the big five (SAFA, SARU, CSA, ASA and SSA).

JUST IN: In a legal submission to US authorities #FIFA has accused South Africa of paying a $10 million bribe to host the 2010 World Cup

Don’t be fooled by these so-called clean audits.

I look forward to making some noise in court when I defend the R21.1 million defamation lawsuit SASCOC brought against me almost three years ago.

Then you’ll see just how corrupt the whole system really is.

Can you just imagine some of the local commercial, hospitality and marketing deals that took place for the 2010 World Cup?

A source relayed events of a meeting whereby two senior 2010 LOC officials made it abundantly clear that they wanted a cut (R5 million each) as a kickback for World Cup bid related work.

Someone got the job.

The Mail & Guardian shortlisted eight people in their story from May 2015.

Would be a fun exercise to book flights for all eight to the USA and see who actually boards the plane.

The day after the last FIFA election Jordaan was seen at the EP Kings Super Rugby game in Port Elizabeth.

Must have been very pressing.

But it’s only a matter of time before the FBI or FIFA name the two co-conspirators.

Neither of whom will be a surprise.