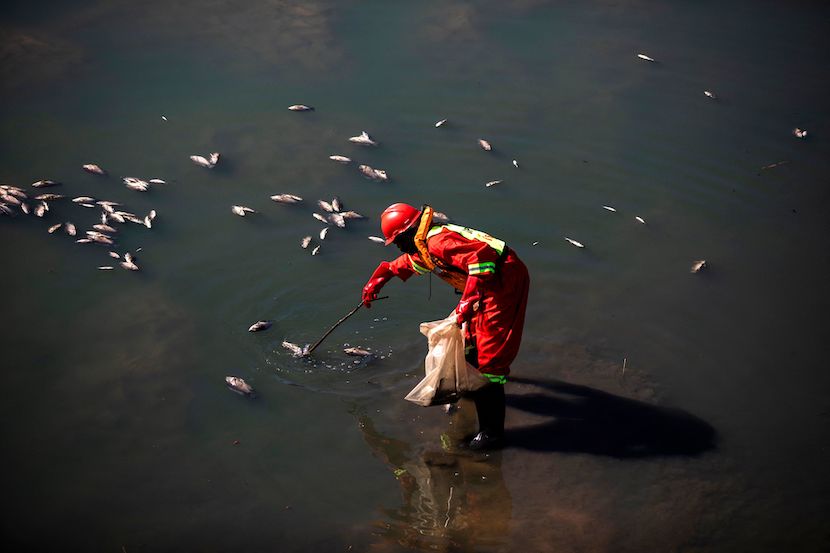 Durban, a hotbed for rioting and violent protests last week, is reeling from the large losses caused by mass looting and civil unrest – which claimed the lives of at least 215 people and will cost the economy an estimated R50 billion. However, a chemicals plant based in the coastal city wasn’t able to escape damage, being set alight during riots which lasted nearly a week. The plant, which produces fungicides and pesticides, burned for days. This has caused notable pollution in the surrounding area. According to Bloomberg, there are reports of dead fish washing ashore and water “flowing into a lagoon [and] changing colour.” Currently, beaches in the area remain closed. A team has since been dispatched to help contain both air and water pollution from the plant fire. Minister of Forestry, Fisheries and the Environment Barbara Creecy has said that currently, the “priority at this stage is to ensure that impacts are mitigated and that the containment measures are effective.” – Jarryd Neves

(Bloomberg) – South Africa’s environmental department has dispatched a team to the eastern coastal city of Durban to try and help contain air and water pollution from a chemicals plant that was set alight during violent protests.

The plant, owned by Indian agro-chemical firm UPL Ltd., produces herbicides, fungicides and pesticides and is situated in one of the areas hit hardest by days of rioting and looting across the KwaZulu-Natal province. Residents, already struggling to get bread, milk and other basics after the unrest, reported seeing plumes of grey smoke near the facility site.

“We are deeply concerned about the environmental impact on air quality as well as on the aquatic and marine ecosystems resulting from the fire incident at the UPL facility,” Minister of Forestry, Fisheries and the Environment Barbara Creecy said in a statement Wednesday. “The priority at this stage is to ensure that impacts are mitigated and that the containment measures are effective.”

The plant went up in flames on July 12 and continued to burn for days. There have been reports of the water flowing into a lagoon changing colour and dead fish washing ashore. Indian Ocean beaches in the vicinity remain closed to the public.