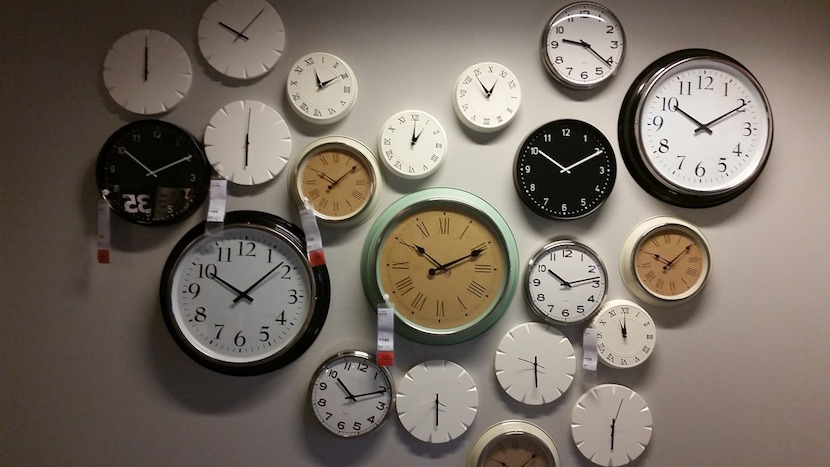 While it may be fashionable to arrive late to a party, the same cannot be said for business meetings. It puts a bad taste in the mouth of the attendees, and it’s very difficult to change the mood. Some even advise to rather call it off than arrive late. But life is full of ups and downs and sometimes it’s unavoidable but how does one handle such a situation. Coolfidence.com’s Brendan Jack offers 5 tips just in case you’re going to miss the chime of the clock for that all important business meeting. – Stuart Lowman

With many millions of meetings happening daily, there are two certainties: Someone is looking for a phone charger, and someone’s running late.

Okay, so you genuinely got stuck in traffic even though you left mega-early… but you got stopped in a roadblock that took forever.

Five minutes probably won’t register. Half an hour, not cool. An hour late is a no show.

Do you call ahead and be proactive? Do you text from the road (from a stationary car)? Do you pretend like nothing happened and immediately butt into the meeting discussion on arrival?

If it’s a first meeting then should have your homework done. Do you know where you are going and how to get there? Don’t type the address into Google Maps on your way, when you’ll unexpectedly have no Internet connectivity. And don’t make matters worse by appearing unprepared for what’s being discussed.

What if the person you are meeting is also late? Does that make being late okay? It’s bad time management on both your parts, but it does allow you a get out of jail free card. Try and use that card only once.

Read also: Brendan Jack: Not too formal, nor too casual. 13 reasons you must ‘do biz lunch’

Being late can come across as inconsiderate; that you don’t value other’s time.

Another option is offering to patch in to listen to the meeting via FaceTime, Skype or WhatsApp – not ideal, but could help. And probably best to just listen in, rather than trying to dominate the conversation from traffic while your audio is breaking up. Double-doucheness.

A courtesy call or message to the main attendee is essential. Forewarned is forearmed. Even if the traffic suddenly opens up like the Red Sea and you end up getting there two minutes early.

On arrival, silence your phone just before entering the meeting. You don’t want everyone to hear your Lady Gaga ringtone to add insult to your lateness.

Do you arrive late in a huff and puff all over the place or take a deep breath and gently say sorry and kick the meeting off? Don’t look like you’ve just wrestled a bear, looking disheveled and frenetic. Appear as calm as possible, be immediately engaged in the proceedings and begin to add input as soon as you can, without overcompensating.

Are all meetings of the same importance? No they aren’t, but the question should rather be, isn’t it better to treat everyone with respect and always be punctual and professional?

Does the person know and trust you? Keep the credits in the emotional bank account stocked up. Being late once, and especially on multiple occasions, can ruin trust.

How many people were waiting for you? The more the not-so-merrier. One-on-one’s are a lot easier to deal with.

Do you send chocolates or flowers the next day thanking them for the meeting and apologising for being late? Not if it’s an ExCo meeting, they probably don’t want your flowers, and they’ve already flown back to head office in Geneva.

If it’s an intimate meeting trying to establish a relationship, a gift of apology could be a good call. Less is more though, don’t overdo the gifts unless you want to look like you’re fishing for a romantic relationship.

If it’s not an overly important meeting, overdoing the apology can be equally ineffective as under-apologizing.

If people want a good story they can go to a book store (or Amazon), rather be honest about why you’re late. If you overslept or were ‘networking’ in the bar too late the night before, then less is more.

“Sorry I’m late” is all you need in this case.

You are both meeting in a central location. They are on time and you are late. You complain about bad traffic, but they had the same traffic. You leaving your office too late is the real story. If you can pull it off, embellish a bit on purpose, then reveal that you’re Stretching the Truth.

Did you get your diary mixed up? Nothing is worse than hearing “My computer crashed” … that’s up there with, “the dog ate my diary”. Even if true, no one wants to do business with someone who can’t even run a diary properly. Use a paper diary, they don’t crash and they never run out of battery power.

Do you arrive late because you were sitting outside on a phone call? Could they see you on your call from the boardroom?

On the same note, don’t be updating your social media accounts three minutes after the meeting time started. ‘Late for meeting. Sorry, not sorry. FML.’

Do you arrive late while still talking on the phone? Are you a big shot? It is not humble and you’ve lost emotional brownie points with the attendees. If you’re the boss in this case, time for an emotional intelligence reality check.

If it’s a big presentation, slip in nodding apologetically and quietly get into listening mode. Or offer a quick, one-sentence apology: ‘sorry for being late, some admin issues’.

No need to waste even more time with an elaborate account of your back route that was unexpectedly backed up.

If you know the room and have a good relationship, a quick short joke could break the mood. “Sorry I’m late, couldn’t get the president off the phone earlier, he likes to talk.”

Set an alarm or a few alarms as countdown to leave before the meeting.

Get an Uber, or car pool with a colleague. Then do any last minute prep in the car, not worrying about driving in traffic.

Have all paperwork and tech in one place, ready to pick up as you leave. Save yourself 15 minutes of looking for a stapler in your home office (which the kids left under the couch).

Worst case scenario, it’s the most important meeting of your life and getting across town in traffic is a gauntlet… then consider booking into a cheap hotel down the road from the meeting and arriving fresh and prepared. If you’re Donald Trump, take a helicopter… traffic shmaffic.

Consider some icebreakers to warm up the room afterwards. Leave a good, uplifting impression. Icebreakers such as Some Respect, Take At Least One and the Hidden Agenda could work.

The best way to deal with being late is by not being late. A genuine apology that’s not over the top usually does the trick. Just don’t take advantage – make sure you curb the lateness. Unless you’re a rock star, don’t develop a poor time-keeping reputation. Read the room, tactfully smooth things over. Even if you start the meeting badly, leave a good, uplifting impression.