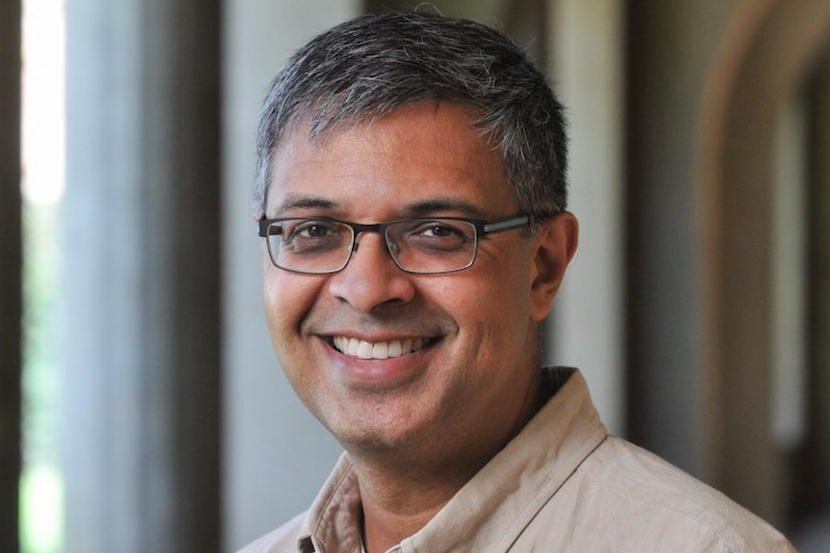 In this episode of inside Covid-19, we have two special interviews for you – with medical experts of global standing. First up, we speak to Dr Jay Bhattacharya, a professor of medicine at Stanford University. Dr Bhattacharya is one of the driving forces behind the Great Barrington Declaration, which calls for a rethink on lockdowns and an ‘intelligent’ approach to protecting the vulnerable. He has taken a lot of flak from government advisors and others, but is pursuing his commitment to Focused Protection because his conscience won’t allow him to do otherwise. Dr Battacharya’s message resonates with South Africa’s business leaders. B4SA this week urged President Cyril Ramaphosa to resist the temptation to tighten up lockdown restrictions to save SA from further economic destruction – which ultimately will lead to more hardship. And, BizNews spoke to Professor Shabir Madhi, a highly respected Vaccinology expert, at the Witwatersrand University on the latest developments in the race to vaccinate SA against Covid-19. We also here from Dr Noluthando Nematswerani, Discovery Health’s head of Clinical Policy, shares how the company is helping its members prepare for vaccine delivery – expected in South Africa next year – Jackie Cameron & Jarryd Neves

It’s based on a couple of scientific facts. The first scientific fact is that there is a very, very sharp age gradient in the lethality of Covid-19. Among people who are over 70, the lethality – the infection/survival rate – is about 95%. So, a 5% mortality rate. By contrast, for people who are under 70, the lethality is much lower. The infection survival rate is actually 99,95%. So 0,05% mortality rate. That’s fact number one. Fact number two – and this is less well-known but really important – is that the lockdowns themselves are deadly for basically everyone involved. In countries around the world, what we’ve seen is that the lockdowns have led to people not getting care for cancer, they’re not getting preventative screening tests, to shutdowns of vaccine programmes. The economic harm from lockdowns have affected nearly every poor country on earth – rich countries as well – but in poor countries especially, it has led to 130-million people who are on the brink of starvation.

In the United States, one in four young adults seriously considered suicide. Lockdowns have had devastating mental and physical effects on populations everywhere. If you think about what they do, they also – in some ways – help spread the disease. The economic dislocation caused by the lockdown has led to many young adults going to live with their older parents. The idea that controlling community spread automatically protects the older population is transparently not true, because around the world it is the older population that has been hit by Covid.

Let’s use our resources to protect the vulnerable. Protect the people who are older and vulnerable to the disease. People who have chronic conditions that make them more vulnerable. For the rest of the population – for whom the lockdowns are more harmful than the disease – letting people go about their lives is the right thing to do. Essentially, the lockdowns have created situations where we ask poor people – who are not essential workers – to go out and be exposed to the disease, regardless of whether they are vulnerable to the disease or not – while at the same time, richer people can stay home and not be exposed. It’s created this huge inequality.

We know that the older population – especially the older population living in care homes – are particularly vulnerable. I think something on the order of 70-80% of all deaths worldwide are of the older population. In care homes in particular – depending on the location – somewhere between half and two third’s of all deaths are in care homes. We absolutely need to protect our older people – our mothers, fathers and uncles – from exposure to Covid. What does that involve? That means using our testing resources to check that staff are not infected. When people visit, we should make sure that they don’t have Covid and we take very stringent precautions to make sure that no one comes in with Covid and exposes anyone older. If  someone does get sick, we should provide a location where they can be cared for compassionately but not intermingle with the rest of the population in care homes. We should make sure that air circulation and other mechanisms to secure our care homes from disease spread are in place.

I’m a professor of medicine at Stanford. I’ve don’t health policy and infectious disease policy for 20 years. If I don’t speak up who will? This is my honest view. My job involves expressing this honest view, regardless of what people throw at me. I will continue to say this, because I think that the lives of tens of millions – maybe hundreds of millions – of people around the world are at stake because of this policy. I think lockdown policy is the single biggest public health mistake I’ve seen in my decades of work in this field and I want to correct that.

Herd immunity is very important. That is the end point of this epidemic, regardless of what we do. It will end with herd immunity. What does herd immunity mean? Herd immunity means that there’s enough people in the population that are immune, such that the disease no longer spreads at very high rate. So if an additional person becomes infected only one other person then becomes infected as a result or fewer. So herd immunity is the end point, just like it is the end point of every other infectious disease we know. The Zika virus is controlled by herd immunity without a vaccine, for instance. Herd immunity will happen even if we lockdown. The question is, how long will it take and how many deaths will there be in the process of getting there? If we lockdown, there will be more deaths from non-Covid/lockdown related sources, and there will also be more deaths from Covid because no lockdown is perfect – as we’ve seen – and the longer you ask people to lockdown, the less compliance you’ll see with it. In the long run, we’ll end up having more Covid and more non-Covid deaths with the lockdown, until we reach herd immunity.

On the Pfizer vaccine:

I think it will be difficult to get enough doses to provide the vaccine to everyone in the world. The question then is, how do you prioritise who gets the vaccine? This is where the focused protection idea is really powerful. We use the vaccine to protect the vulnerable – because those are the people who are most at risk from the disease – and we let everyone else resume their normal lives in the meantime, while we get enough doses to protect other people. I think the priority for the vaccine should be on the most vulnerable. It makes the focused protection idea even more important as an alternative to lockdown.

BizNews correspondent Linda van Tilburg spoke to Professor Shabir Madhi, who is running the clinical trials for the Oxford/Novavax vaccine in SA

The news that Pfizer and its German partner BioNTech is the first to produce a Covid-19 vaccine that is 90% effective has buoyed markets, with shares rocketing and for the first time we can imagine an end to the pandemic.  Hope that the world could finally emerge from behind the mask and rid itself of the disruptive lockdowns and a world without physical contact, sports, restaurants and theatre, is sky high.  It has been described by Pfizer boss Albert Bourla as the most significant medical advance in 100 years.  But, will this end the coronavirus pandemic and the question is, when can this vaccine can be rolled out worldwide?  Scientists in the U.S are talking about a jab available by Xmas and family doctors In the United Kingdom are also getting ready to dole it out in December starting with health care workers and the elderly.  Scientists would however have a monumental challenge to produce enough doses for the rest of the world.  So, when could we get it in South? Africa.  BizNews spoke to professor of Vaccinology at the Witwatersrand University, Professor Shabir Mahdi who is running the clinical trials for the Oxford and Novavax vaccines in South Africa, who said that he believed that the likelihood that the Pfizer vaccine could be supplied to low and middle income countries soon, is limited. Prof Madhi also said the second wave of Covid-19 could hit South Africa in the autumn but predicted it would not follow the same pattern as the recent outbreaks in Europe. – Linda van Tilburg