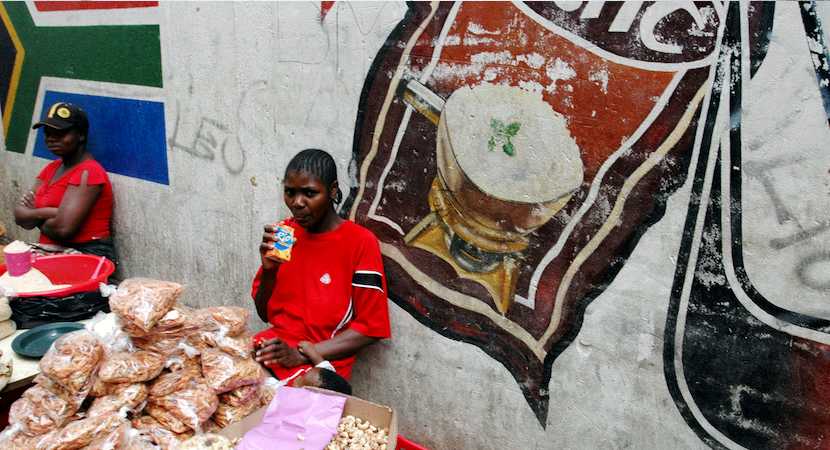 What’s really behind the ongoing murders of foreign nationals trying to eke out a living in South Africa? Depending on your politics, it’s either xenophobia or criminality, or a mixture of both. It suited two previous ANC governments to hang the attacks on the hook of criminality taking advantage of the ‘otherness’ of their victims (aka societal prejudice which a recent survey has now confirmed). President Ramaphosa, unlike his predecessors, leans towards blaming xenophobia. But at the heart of this telling analysis is a suggested explanation as to why thought and political leaders here and in other African countries react the way they do. The author suggests the xenophobia/criminality divide is an unhelpful construct/debate to justify doing very little, the ‘criminalists’, rendering the vulnerable foreigners invisible, and the ‘xenophobists’ bemoaning a global phenomenon. How about changing the focus to examine the structural conditions which make socio-cultural differences amenable to easy exploitation by those who wield power? Witness the intra-continental finger-pointing and blaming. It’s a great diversion from owning up to marginalising the most vulnerable – be they your voters or immigrants/refugees. Maybe it’s time we redefined the problem – and help the marginalised recognise fertile ground for empathy and learning. – Chris Bateman

African migrants have once again been targeted for looting, violence and displacement in South Africa. Not only are the events reminiscent of 2008, 2015 and 2017: the narratives explaining them and the measures suggested to deal with them are more or less the same.

In 2008, when public attention to attacks on African migrants became global for the first time, then president Thabo Mbeki declared that South Africans were not xenophobic. In 2015 his successor Jacob Zuma echoed similar sentiments. The explanation was that criminal elements were hiding behind xenophobia to disguise their actions.

Criminality, rather than xenophobia, was therefore their preferred description. Meanwhile civil society, opposition parties and other African governments insisted that the attacks on foreign nationals were xenophobic and needed to be called such.

We see in these debates a mad rush to impose a limit on what should be said, and what should not. This is done as a strategy to set the agenda. In this race to contain the phenomenon is a desire for singularity which has beset our societies. Criminality, xenophobia and Afrophobia appear in these narratives as incompatible. The suggestion is that the problem has a single name and hence should subscribe to a single remedial framework.

Faced with the same problem, South Africa is turning to the familiar toolkit to explain and deal with a recurrent problem. A wave of looting and destruction of property by South African citizens is currently taking place in Johannesburg. Although it’s targeting foreign nationals, it is also claiming South African victims.

As of 9 September 2019, 12 people were confirmed dead and 639 had been arrested. The minister of police, the Gauteng province’s premier, the governing African National Congress (ANC) and former president Thabo Mbeki have condemned what they call criminality. Opposition parties, the Economic Freedom Fighters and the Democratic Alliance, are among the voices blaming xenophobia for the events. The debates are even more robust on social media sites where accusations and counter-accusations of criminality, xenophobia and Afrophobia are traded.

These discourses are replicas of previous explanations of similar events in 2008, 2015, 2017 and, more recently, April 2019. Should this not be the time to try something else? Evaluating how we have defined the problem and redefining it anew, for instance, may be the start of a more fruitful search for answers.

Certainly, the answers are not to be found here and now. But pointing out the reasons why prevailing explanations fail is necessary. Solutions to a problem emanate from the way we describe the problem.

Those who blame the problem on criminality tend to underline the criminal actions while downplaying the profile of victims. By making the victims invisible, authors of the criminality narrative create the impression that these acts could happen to anyone. To bolster this view, they point to South African citizens who have been caught up during the attacks.

For those who promote the criminality narrative, the problem is local. The criminal justice system is the answer to such a problem. By underlining criminal acts at the expense of the identities of intended targets of crime, African migrants’ experiences of marginality in South Africa are silenced.

Senior state officials go a step further by harbouring traces of xenophobia in their speeches. The victims of crime, whose profile the state is at pains to make insignificant, are projected as criminals. Ministers, the police and traditional leaders are among those who speak of “criminal elements” targeting their victims on account of the latter’s criminal activities. This usually ends with an appeal to the said “criminal elements” not to take the law into their own hands, and the arrests of some perpetrators.

In the end, the criminality narrative pits one set of criminals against another. The burden of violence is placed on victims who should report crime and trust South Africa’s overwhelmed criminal justice system to come to the rescue, and on a few perpetrators who find themselves arrested and charged.

Because of South Africa’s high crime rate, these cases disappear in the pool of other crimes.

Is it xenophobia or Afrophobia?

Those who prefer to place the problem at the door of xenophobia, Afrophobia and self-hate place the profile of victims above the violent performances. The looting, maiming, killing and destruction of property are emptied of their criminal content. They are filled with the spectre of phobia. In this narrative lie accusations that South Africans have lost ubuntu, a notion deployed to erroneously construct Africans as irredeemably linked together.

Furthermore, South Africans are accused of regarding themselves as exceptionally not of Africa. Apartheid history is evoked to account for this pride, ignorance and attendant hatred for other Africans. Last, but not least, South Africans are reminded that Africa supported the struggle against apartheid at both cost and risk.

Going by this narrative, the problem is international and therefore cannot be left to South Africa’s criminal justice system. This explains why attacks targeting foreign nationals often invite reprisals from other African countries. By privileging the identities of intended targets of attacks at the expense of acts enacted upon them, adherents of this narrative downplay the history and politics surrounding South African citizens’ experiences of marginality.

This narrative does not account for the fact that attacks on African migrants, by ordinary South African citizens, do not happen every day. Surely if the expression of fear or hatred of something manifests through violent attacks, then the episodes of calm should prod us to look elsewhere for answers.

The invitation to reevaluate our understanding of the problem does not render existing narratives irrelevant. What we must resist is the trap of singularity.

What we call “criminality” or “xenophobia” claim victims from the same pool of vulnerable people and play out in the same neglected physical spaces. Government, police, immigration officials and ordinary South Africans contribute to the normalisation of criminal and xenophobic attitudes among South African citizens and migrants.

In these spaces, “criminality” and “xenophobia” can and often do flip into “racism”, “tribalism”, “sexism”, and so on. They are responses to larger structural problems which engender and exploit socio-cultural differences for political and economic gain. Our interest is barely aroused by these everyday events because they are not constant and they have merged with our institutional, political and economic lives.

What is infrequent, and horrifies us, are the repeated appearances of “criminality” and “xenophobia” conjoined as one event. Then we revert to the usual debates and the attendant marches, speeches and petitions against violence.

The narrative needs to change from criminality or xenophobia or Afrophobia to the everyday, structural, conditions which make socio-cultural differences amenable to easy exploitation by those who wield power. It is possible that we do not have the proper name for our problems: this may be mitigating against solving them.

We need new conversations grounded in the everyday experiences of those who always find themselves perpetrators and/or victims of “xenophobic crimes”, away from the violent eruptions. This will allow our material responses to be informed by a more accurate awareness of what is going on.