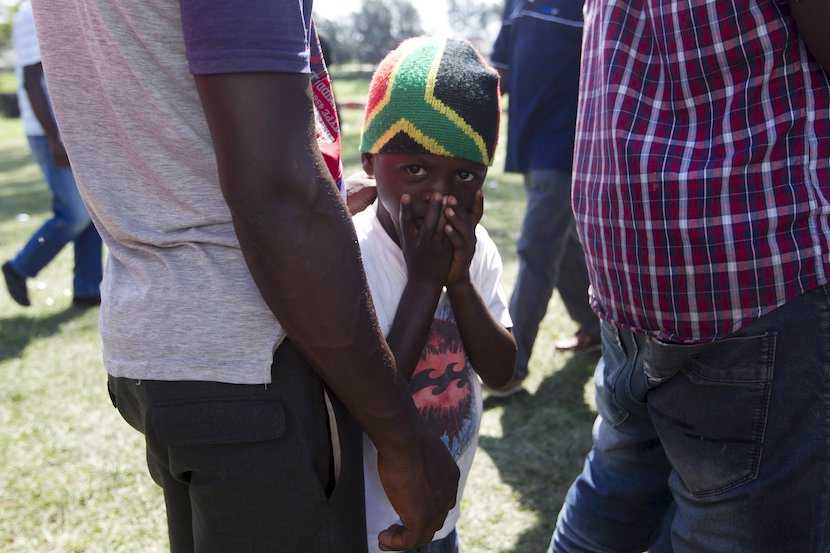 If ever a data-driven quality survey deserves to quicken government’s response to the growing tide of xenophobia (not to mention major continental political fall-out with direct, aggravating economic consequences), this one does. When one tenth of South Africans canvassed say they haven’t taken part in anti-immigrant violence but would be prepared to do so, you’re looking at a potential powder keg. Especially when the findings add that, against empirical evidence that immigrants are not responsible for driving crime or unemployment, an alarming proportion of people blame them for our socio-economic challenges. We have two decades of xenophobia behind us and the poll suggests that even the stigma of being seen as violently anti-immigrant is no longer a brake on attitudes and behaviour. No wonder some politicians stoke the fires; they’re reading their audience well. It’s time for action, especially against those who know exactly what they’re doing and continue regardless. Far from impoverishing South Africans, foreigners enrich our culture and economy, teaching us a thing or two – if we’re willing to learn. Perhaps that’s something a behaviour-change campaign could kick off with. – Chris Bateman

Mobs have attacked foreign-owned businesses on the streets of at least three South African cities in recent days. This has caused outrage across Africa. There have even been retaliatory attacks. The South African government, under pressure to protect her large international migrant community, quickly defused the attacks.

Such attacks are not new. For more than two decades, this type of crime has bedeviled the country. There is growing frustration that so little has been done to stop it.

We found that a significant share of the general population hold anti-immigrant views and blame foreign nationals for many of the socio-economic challenges facing South African society. Yet there is little empirical evidence that immigrants are driving problems like crime or unemployment.

But beliefs about the role played by foreign nationals in the country clearly influence how people think about anti-immigrant hate crime. Anti-immigrant statements by politicians also feed into the problem.

Data from the South African Social Attitudes Survey, conducted annually since 2003, was used. The survey series consists of nationally representative, repeated cross-sectional surveys. It is designed as a time series and is increasingly providing a unique, long-term account of the speed and direction of change of public participation in anti-immigrant behaviour in contemporary South Africa.

Using this data, researchers have found that anti-immigrant hate crime is more widespread than previously thought.

Beginning in 2015, the following item was added in the survey questionnaire:

Have you taken part in violent action to prevent immigrants from living or working in your neighbourhood?

People may be disinclined to disclose this type of potentially incriminating information during face-to-face interviews. But community research suggests that the stigma attached to participation in xenophobic activities may not be as great as we may imagine. Still, the reader should be aware of this possible under-reporting of anti-immigrant behaviour when reviewing the survey’s results.

A minority of the South African adult population reported that they had participated in this form of anti-immigrant aggression. The share of the general public who admitted engaging in violence fluctuated within a very narrow band over the period 2015-2018. This shows the willingness of survey participants to respond to this question varies by only a small margin between the two periods. It also suggests a linear relationship between behavioural intention and attitudes.

The survey results demonstrate the ugly reality of violent anti-immigrant hate crime in South Africa. Although this is an important and dangerous type of prejudice, such crime is not the only form that xenophobia may take. Other forms of peaceful anti-immigrant discrimination are also evident in South African society.

For this reason, we suggest in our study:

One of the most troubling findings to have emerged concerned possible participation in anti-immigrant aggression among those who had not taken part before. More than one in ten adults living in South Africa reported in the 2018 survey that they had not taken part in violent action against foreign nationals – but would be prepared to do so.

This finding is quite disturbing given that there may be under-reporting of the propensity for violent action. Anti-immigrant stereotypes were shown to be a robust driver of this kind of behavioural intention. This suggests that anti-immigrant attitudes could have a mobilising effect, spurring individuals towards acts of violent xenophobia.

The results of this study show that millions of ordinary South Africans are prepared to engage in anti-immigrant behaviour. So it is vital that the resources dedicated to combating xenophobia be equal to the size of the problem.

Recent research suggests that many of these measures have a degree of public support. The plan was approved in March this year. If it’s to work, it requires adequate resources and support from all sectors of South African society.

Instead of focusing on short-term solutions civil society, foreign governments and the general public must work with the state to progressively implement this plan.