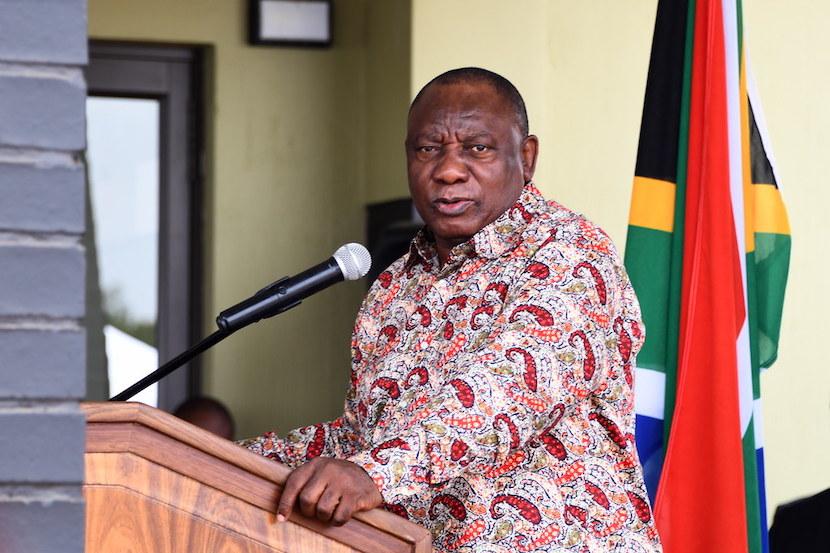 This is a great treatise on the dangers of protectionism, the last resort of states desperately trying to compensate for their lack of competitiveness on the global market. South Africa is no exception. Free trade – that is, the opposite of ‘buy-local’ policies – allows consumers to pay less for more and higher-quality goods. This, in turn, saves them money they can spend elsewhere in the economy or invest in productive, competitive businesses. That is what drives economic growth, contends Ivo Vegter, writing in the Daily Friend. It’s hardly surprising that we subsidise inefficiency. Our government is consistent: look at the repair-as-we-go power station builds at Medupi and Kusile; and ordering trainsets that don’t fit our railway lines; besides, or on top of ‘jobs for pals’ masquerading as BEE, Zuptoid beneficiaries or not. As usual, those who suffer the most are the poorest, whose interests the liberators first sought to help, and insist that they still do. Not in reality. – Chris Bateman

By Cyril Ramaphosa’s ‘buy local’ logic, the sanctions against apartheid South Africa must have been good for the economy. To satisfy special interests in the short term, he is sacrificing long-term growth and prosperity.

At last week’s State of the Nation Address (SONA), Ramaphosa proudly pointed out that his leather shoes and cheap suit were manufactured in South Africa, and by unionised workers to boot.

Assuming that a billionaire president wears Armani or Savile Row when he’s not performing cheap political stunts, it may surprise him to learn that most South Africans are condemned to buying over-priced, low-quality clothing, since the country levies a hefty customs duty on imported textiles in order to protect uncompetitive local manufacturers.

The president raised his sartorial choices, of course, to belabour a favourite point of ideology: “The reason one says this,” he said, regally, “is to say let us all promote localisation. Let us buy locally made clothes and products because it does not only create jobs for our people here in South Africa, local is lekker.”

That, on the face of it, is absolute rubbish. South Africa produces some excellent products, which certainly are lekker, but it also produces heaps of junk that isn’t worth the packaging it comes in. Likewise, foreign countries produce some outstanding products, but also tons of low-quality, over-priced rubbish that isn’t worth buying.

Where something happens to be made has very little to do with its lekkerness, if anything at all. (Yes, yes, terroir, and all that. But those are exceptions.)

Localisation does create jobs for our people here in South Africa, but at what cost? What are the economic consequences of protecting pockets of special industrial interests? If our people were globally competitive, there would be no need to exhort consumers to buy from them. The market would see them well rewarded for their industry. A buy-local programme implies that our people are not globally competitive. That means that the deficit in quality, or excess in price, gets passed on to the buyers. In the case of inputs to the local manufacturing sector, buying inferior local products instead of importing alternatives makes these manufacturers less competitive in the global market.

Whether or not the products produced under a localisation programme are sold direct to consumer retail or manufacturers, localisation reduces the quality or raises the price of the ultimate consumer goods. Sure, a local is lekker ideologist might say, but you can’t assume that local products are worse quality, or more expensive, than imports. Well, yes I can. Why would one need to tell people (and require government) to prefer the local item? If it truly is better or cheaper, they would have preferred it already.

So, ultimately, the consumer pays the cost for local content, in terms of reduced standards of living. This cost falls most heavily on the poor. Imagine what a poor mother could do with the 40% or so she pays over the odds for her and her children’s clothing, thanks to import duties designed to protect local producers?

Now apply the same calculation to building materials, appliances and even food, and the cost of living starts to look mighty inflated when it needn’t be.

Free trade – that is, the opposite of ‘buy-local’ policies – allows consumers to pay less for more and higher-quality goods. That, in turn, saves them money they can spend elsewhere in the economy, or invest in productive, competitive businesses. That is what drives economic growth.

Instead of protecting small pockets of local workers from global competition in a stagnant economy, the dynamic economic growth resulting from unrestricted imports and global competitiveness in manufacturing would create far more jobs.

Ramaphosa pointed to China, arguing that what “catapulted it to a higher level” is that they as Chinese consume what is locally made. This is a fabrication. What catapulted China to a higher level is that they could keep production costs and wages highly competitive, and over time, increase production quality. This made them the world’s largest single exporter, ahead even of the United States.

By Ramaphosa’s logic, the embargo levied against South Africa between 1985 and 1993, aimed at forcing an end to apartheid, was good for the local economy. The National Party ran a policy of autarky – economic self-sufficiency – and encouraged people to buy local, just like the ANC is doing now.

In essence, Ramaphosa is proposing that we impose sanctions upon ourselves, by prohibiting or penalising certain trade with other countries. The embargo against apartheid South Africa actually served as a ‘natural experiment’ comparing autarky versus global integration. The outcome? The sanctions era saw a decrease in the levels and growth rates of investment, capital, and output, compared to the period both before and after the embargo.

South Africa needs sustained economic growth of at least 4% per year and ideally significantly more, to have any hope of reducing unemployment numbers in the long term, according to an excellent analysis of policy options by Isaah Mhlanga, executive chief economist at Alexander Forbes.

Ramaphosa’s local is lekker spiel is economic nonsense, and he knows it. With all due respect to the Foschini Group, if it wasn’t for political posturing, Ramaphosa would never buy suits from Foschini. To buy local is great. To buy local when imports offer higher quality or better prices is economically destructive. It produces stagnation and poverty, not growth and prosperity.

Let’s not impose sanctions on ourselves, and lift local-content quotas. To grow the economy and create truly productive jobs, buy whatever really is lekker, whether it’s local or not.