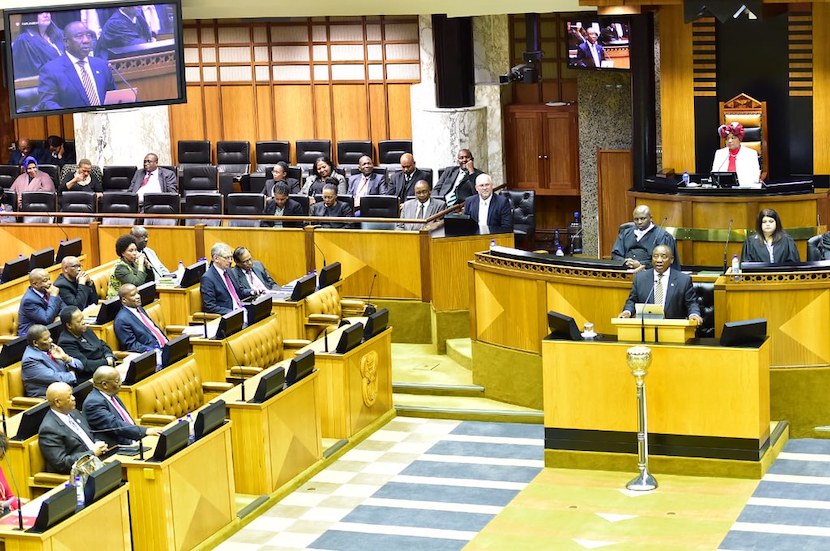 Highly controversial, cadre deployment has effectively guided ministerial appointments for two decades. Instead of placing an individual in a position as a result of their achievements and qualifications, cadre deployment dictates that one places loyal party members in hallowed positions. This, of course, means that the best person for the job is overlooked in favour of those loyal to a shared cause. While President Cyril Ramaphosa and the ANC have argued that cadre deployment is used in governments elsewhere, John Kane-Berman says this is not so. “Even if this unsubstantiated claim were true, there are not too many governments elsewhere that have implemented their own versions of ‘cadre deployment’ to the extent that they have laid waste to the state itself.” As destructive as cadre deployment is, the former CEO of the IRR says this is just half the problem. “It is naïve to think it is possible to fix failing municipalities or SOE’s or malfunctioning government departments or anything else by getting rid of cadre deployment alone. The ANC’s racial policies must also be jettisoned.” This article was first published on the Daily Friend. – Jarryd Neves

Listen below to an interview with the DA’s Leon Schreiber on cadre deployment:

The other elephant in the room

One of the most useful spin-offs of the Judicial Commission of Inquiry into Allegations of State Capture (the Zondo Commission) has been all the publicity about cadre deployment.

This policy has been among the most ruinous of all the things the African National Congress (ANC) has inflicted upon this country. Moreover, as is the case with all their other ruinous policies, Cyril Ramaphosa and the ANC are unrepentant about what they have done.

President Ramaphosa and his party argue that governments elsewhere do much the same sort of thing. Even if this unsubstantiated claim were true, there are not too many governments elsewhere that have implemented their own versions of ‘cadre deployment’ to the extent that they have laid waste to the state itself. Even if Mr Ramaphosa and his colleagues were serious about implementing their National Development Plan they cannot do it because they have destroyed their own toolkit.

Perhaps their signature achievement is that they have looted vast amounts of public money but still managed to bankrupt their own party.

Some commentators compare the ANC’s cadre deployment policy with what the Broederbond did during rule by the National Party (NP). The comparison is hardly flattering, but, again, the Broederbond did not lay waste to the state. Irrespective of whether those running them were Broeders or not, state-owned enterprises, including those on which poorer people were heavily reliant, such as trains and postal services, actually worked.

Whatever else they might have done, the Broeders did not loot the state. In 1994 the ANC inherited a functioning state, large parts of which the comrade cadres then proceeded to loot or otherwise destroy. For this they show little remorse, still less any intention or ability to fix what they have broken.

Only half the story

But cadre deployment is only half the story. The other half is affirmative action.

It is impossible to determine how much of the destruction of the state is the result of cadre deployment and how much the result of affirmative action. But what the two policies have in common is that appointments are made not on merit but on political or racial grounds.

A recent issue of the Financial Mail quoted the then public service and administration minister, Senzo Mchunu, as having said that 35% of the public sector’s 9 500 most senior managers at national and provincial level did not have the required qualifications for the positions they currently occupied.

Were they appointed or promoted to fill racial or other quotas? Were they put into their jobs in order to ensure ANC control? Or a combination of both?

It doesn’t really matter. What matters is the disastrous outcomes across the country. What also matters is that a great many of these appointments are likely to have been made while Jacob Zuma was still president but also while Mr Ramaphosa was in charge of his party’s cadre deployment programme.

The use of cadre deployment to capture the state has been ANC policy since 1996, if not earlier. John Steenhuisen, leader of the Democratic Alliance (DA), recently claimed that his party had been ‘a lone voice’ in criticising this policy over the last two decades. This is not entirely true, as a handful of think tanks and lobby groups have been in the forefront of trying to alert the country to the dangers of what is essentially a totalitarian policy.

But Mr Steenhuisen was right to point out that ‘commentators’ were finally recognising that cadre deployment was ‘the genesis of state capture’.

More and more members of the commentariat have indeed finally cottoned on to the destructive effects of the cadre deployment policy. But devoting whole newspaper columns, however belatedly, to the havoc wrought by cadre deployment is easy, particularly now that the testimony before the Zondo Commission has so dramatically highlighted the problem and provided a cover of legitimacy to criticism thereof.

However, most of the commentariat still shy away from mentioning affirmative action policies. There are probably three reasons for this. One is the fear of being labelled as racists. The second is opportunism. The third is that most members of the commentariat endorse the whole range of ANC racial policies – black economic empowerment, employment equity, racial quotas, and preferential procurement. The same is true of most of business and the bulk of civil society.

Yet it is naïve to think it is possible to fix failing municipalities or state-owned enterprises or malfunctioning government departments or anything else by getting rid of cadre deployment alone. The ANC’s racial policies must also be jettisoned.