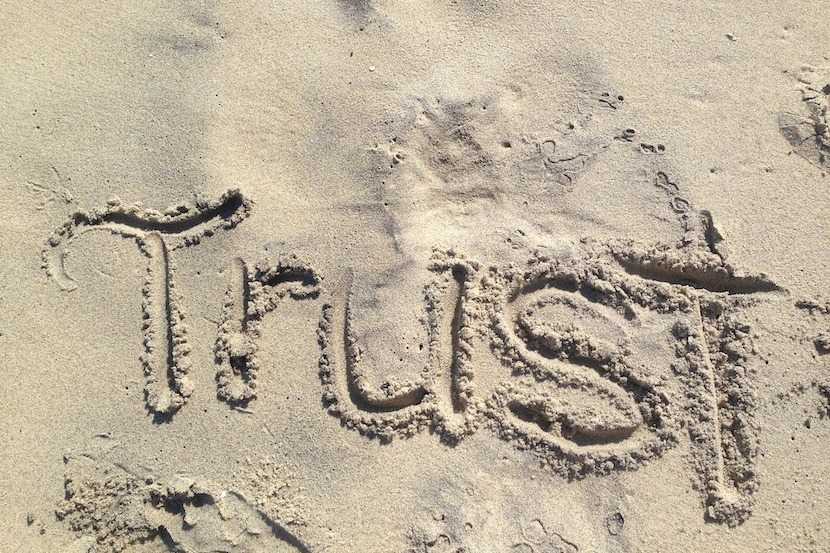 Asking a South African to trust somebody reminds me of the snake Kaa in Disney’s Jungle Book who asks Mowgli to trust him as he tries to hypnotise him before intending to swallow him. We expect to be duped or bitten and don’t trust people as far as we can throw them. The little bit of trust between different population groups that Nelson Mandela and Desmond Tutu helped to build, has been decimated by corruption and lack of progress in the country. SARS Commissioner Edward Kieswetter has described how a lack of trust in the government, has led to taxpayers feeling justified to withhold their taxes and billions of rand have been lost. In townships, a lack of trust in the apartheid government has led to a revolt and a legacy of non-payment for basic services long past 1994. Up to this day, people think that they still do not have to pay Eskom for electricity even though the power utility is on its knees. President Cyril Ramaphosa is trying to rebuild trust in South Africa, but because of the lingering mistrust from the apartheid era, slow pace of action against corruption, boosted by populists who want to blame one group or the other for the ills in the country; he is facing a very difficult battle. When an event occurs like the Springboks who won the World Cup with their integrated rugby team led by a very humble, likeable leader like Siya Kolisi; we get a little bit of how it could feel if we could really start trusting each other. Nation building feels good and populists like the Economic Freedom Fighters appear to be miserable Grinches trying to take the warmth away. Addressing corruption in the country is clearly a good start to rebuilding trust and events like the Rugby World Cup is a good platform to build on. Research scientist Hugo Mercier has written an article on the effect that trust has on us and has come to the conclusion that “giving people a chance isn’t only the moral thing to do. It’s also the smart thing to do.” – Linda van Tilburg

The smart move: we learn more by trusting than by not trusting

We all know people who have suffered by trusting too much: scammed customers, jilted lovers, shunned friends. Indeed, most of us have been burned by misplaced trust. These personal and vicarious experiences lead us to believe that people are too trusting, often verging on gullibility.

In fact, we don’t trust enough.

Take data about trust in the United States (the same would be true in most wealthy democratic countries at least). Interpersonal trust, a measure of whether people think others are in general trustworthy, is at its lowest in nearly 50 years. Yet it is unlikely that people are any less trustworthy than before: the massive drop in crime over the past decades suggests the opposite. Trust in the media is also at bottom levels, even though mainstream media outlets have an impressive (if not unblemished) record of accuracy.

Meanwhile, trust in science has held up comparatively well, with most people trusting scientists most of the time; still, in some areas at least, from climate change to vaccination, a share of the population doesn’t trust science enough – with devastating consequences.

If people and institutions are more trustworthy than we give them credit for, why don’t we get it right? Why don’t we trust more?

In 2017, the social scientist Toshio Yamagishi was kind enough to invite me to his flat in Machida, a city in the Tokyo metropolitan area. The cancer that would take his life a few months later had weakened him, yet he retained a youthful enthusiasm for research, and a sharp mind. On this occasion, we discussed an idea of his with deep consequences for the question at hand: the informational asymmetry between trusting and not trusting.

This informational asymmetry means that we learn more by trusting than by not trusting. Moreover, when we trust, we learn not only about specific individuals, we learn more generally about the type of situations in which we should or shouldn’t trust. We get better at trusting.

Yamagishi and his colleagues demonstrated the learning advantages of being trusting. Their experiments were similar to trust games, but the participants could interact with each other before making the decision to transfer money (or not) to the other. The most trusting participants were better at figuring out who would be trustworthy, or to whom they should transfer money.

We find the same pattern in other domains. People who trust the media more are more knowledgeable about politics and the news. The more people trust science, the more scientifically literate they are. Even if this evidence remains correlational, it makes sense that people who trust more should get better at figuring out whom to trust. In trust as in everything else, practice makes perfect.

Yamagishi’s insight provides us with a reason to be trusting. But then, the puzzle only deepens: if trusting provides such learning opportunities, we should trust too much, rather than not enough. Ironically, the very reason why we should trust more – the fact that we gain more information from trusting than from not trusting – might make us inclined to trust less.

When our trust is disappointed – when we trust someone we shouldn’t have – the costs are salient, and our reaction ranges from annoyance all the way to fury and despair. The benefit – what we’ve learnt from our mistake – is easy to overlook. By contrast, the costs of not trusting someone we could have trusted are, as a rule, all but invisible. We don’t know about the friendship we could have struck (if we’d let that acquaintance crash at our place). We don’t realise how useful some advice would have been (had we used our colleague’s tip about the new software application).

Giving people a chance isn’t only the moral thing to do. It’s also the smart thing to do.